Diverse Conversations: 3 Reasons You Should Care About Hispanic-Serving Institutions 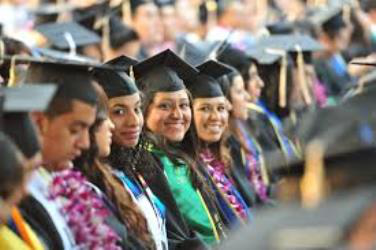 Hispanic Americans with dreams of a college degree face different challenges than their White, and even Black, peers. For those who hold English as a second language, there are some inherent communication obstacles. For those who are first-generation Americans (or first-generation college students or both), extra guidance is needed to keep them from feeling overwhelmed by the college journey. Every college student faces obstacles, but the challenges in front of Hispanic ones are unique and growing in importance.

Some colleges and universities have recognized these specific struggles of Hispanic students and found ways to address them. These Hispanic-serving institutions (HSIs) don’t just have the rhetoric in place; to qualify for this distinction, a college must consistently have a 25 percent Hispanic student population. These schools must also be nonprofit and offer at least two-year degree programs. In other words, HSIs must actually work to serve the Hispanic students they recruit and not prey upon them.

As HSIs grow in number (in 2013, there were 431), it’s important for all college educators to realize the effect these schools will have on everyone else and why we should embrace Hispanic-friendly college policies.

1) Hispanic higher education impacts us all.

The U.S. Census reports that, by 2060, the number of Hispanic Americans will reach 31 percent of the general population. That’s nearly a third of Americans who will work, study, spend money and live within our borders. Earning a college education for Hispanic students will in turn raise the quality of life for the rest of us, too. On a global scale, America could take a big hit in advancements and innovations if one-third of its population was not educated on a higher level (or even one-tenth of it). The colleges and universities that will succeed in recruiting and graduating large numbers of Hispanic students are the ones that recognize the extreme importance of doing such a thing. This is a not a charity case or a trend in college education. Creating pathways for Hispanic students to go to college and earn their degrees is smart for the country as a whole.

When approaching the best ways to serve and educate Hispanic college students, it’s important to avoid an assimilation stance. Yes, there is a lot these students can learn from our traditional college canon, but there is so much we can learn from them, too. This is true for Hispanic students as well as faculty members. As a greater college community, we should recognize that, from an educational standpoint, increasing the number of Hispanic students who study on our campuses and graduate with our degrees will expand our own knowledge base, too. We shouldn’t only accept Hispanic students but should encourage their viewpoints and allow those to influence our policies and the things we teach.

Traditionally, colleges have been recognized as progressive places. Even if the administration of a particular school isn’t forward-thinking, the students usually are. I write a lot about the progressive changes that need to be made on college campuses but not because I think they are failing. I think college campuses hold the most potential of any type of entity to stimulate positive change. That potential is what pushes me to speak out when I think we could be doing more — as administrators, as faculty members, as students.

That is especially true when it comes to turning our campuses into Hispanic-serving institutions. Critics can argue all they want for assimilation and shout for Hispanic children to “learn English” but the truth is that we all lose a little with that mentality. Colleges are the jumping-off points. The policies we put in place and the students who we graduate matter to the rest of the country. We are being watched, if subconsciously, to see how situations ideally should be approached. If we truly want to embrace Hispanic culture as a major part of our American story, present and future, it needs to start in our colleges and universities.

What will our college campuses look like in 2060? How will the changes we make today regarding Hispanic students positively impact America’s future?