Beyoncé: Black Power, Her Opponents, and their Dances with History 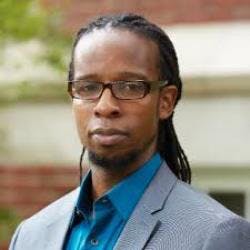 When Beyoncé jolted 100 million viewers back to Black power on Super Bowl Sunday, she was dancing with history. She was dancing for history.

Beyoncé’s unmistakable Black power salute to the Black Lives Matter movement did not just come during Super Bowl 50. It came on the 50th anniversary of Stokely Carmichael’s call for “Black power” during the stifling June heat of the Mississippi March Against Fear in 1966. Beyoncé’s performance came on the 50th anniversary of the formation of the Black Panther Party for Self Defense 40 miles up the road in Oakland in 1966. Huey P. Newton and Bobby Seale created this iconic Black power organization blocks from the bar where Alicia Garza first love-lettered “Black lives matter” on her Facebook three years ago.

As much as Beyoncé danced with history, so did her detractors.

“I thought it was really outrageous that she used it as a platform to attack police officers,” former New York City Mayor Rudy Giuliani said on Fox News Monday. “What we should be doing in the African-American community, and all communities, is building up respect for police officers.”

On Fox News on Thursday, lawyer Peter Johnson Jr. said “there are a lot of civil rights leaders that Beyoncé could emulate and talk about. Black Panthers are not someone that need to be emulated.”  They “were a criminal, violent group.”

Black power was as unimaginable to racists then as Black lives mattering is today. In 1966, there was nothing more democratic than saying the disempowered Black majority should rule majority Black counties and cities, should have Black power. But racists could only envision White supremacy or Black supremacy, and refused to exchange the former for the latter. In 2016, there is nothing more egalitarian than saying that Black lives should matter as much as other American lives — as much as police lives. But racists can only envision police lives mattering or Black lives mattering ― not both.

Rewind to 1966 and Black power’s critics. Fast forward to 2016 and the critics of Black Lives Matter. Check out all the political dances in between. Giuliani’s critical dance appears the same as his predecessors, a dance drawn from the same racist imagination. And Giuliani and his predecessors both battled the same dramatic dances against racism that activists termed Black power in 1966 and Black Lives Matter in 2016.

Doesn’t that sound familiar? Are not America’s race relations these days dancing in the same history?

Americans have long discarded antiracist activism in this manner. From the beginning of the United States, defenders of American racism have redefined those antiracist ideas of “immediate emancipation” and “equal rights” and “Black power” and “Black lives matter” as somehow anti-White or anti-American and then attacked their own redefinitions to galvanize White opposition to these antiracist reforms. It has worked many times in American history. The opposition to abolitionists, civil rights activists, Black power activists, and Black Lives Matter activists has been widespread and vehement.

Giuliani, Johnson, and many others tried to draw from this overused choreography and turn Americans away from the racism that Black power and Black Lives Matter exposed — that Beyoncé exposed on the world’s biggest stage of the year. These opponents tried to get us to dance to a timeworn racist history. But a forever young and livelier antiracist history — Beyoncé’s Black power dance — is readying in “Formation” to dance for Black love and the love of humanity.

Ibram X. Kendi teaches African-American history at the University of Florida. His second book, Stamped from the Beginning: The Definitive History of Racist Ideas in America, will be published by Nation Books in April. Follow him on Twitter.