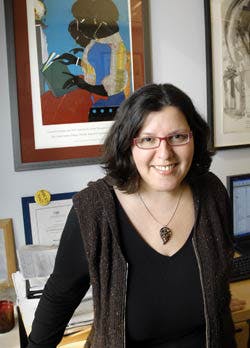 Dr. Marybeth Gasman is a professor at the University of Pennsylvania and director of CMSI.

Amid ongoing changes in the leadership of historically Black colleges and universities, the University of Pennsylvania’s Center for Minority Serving Institutions (CMSI) has published a new toolkit designed to help presidents of these institutions strengthen and hone their leadership skills.

This week, CMSI released the report titled, “Effective Leadership: A Toolkit for the 21st-Century Historically Black College and University President.” In it, the authors address some of the challenges that HBCU presidents often face and provide suggestions on what types of skills scholars should be honing to eventually move into these top-level positions.

“There are lots of people who want to be presidents of HBCUs but don’t know how,” said Dr. Marybeth Gasman, a professor at the University of Pennsylvania and director of CMSI. “We wanted to provide something that was succinct and research based and has tips in it.”

The release of the toolkit comes days after four retired HBCU presidents announced that they were forming an executive-search firm for Black college leaders. Connected to the Thurgood Marshall Fund, the former college presidents hope to stave off the high degree of presidential turnover at these institutions.

Gasman, who sent the toolkit to several HBCU presidents before releasing it, said that the new search firm headed by Drs. John Garland, Sidney Ribeau, Wayne Watson and Dorothy Yancy was a step in the right direction.

“I think it’s a really great idea,” said Gasman. “I like the idea of HBCUs coming together and banding together for this kind of initiative,” she said, adding that the former presidents should also reach out to sitting presidents for guidance and advice as they build the search firm.

Still, much more has to be done to cultivate a leadership pipeline.

“HBCUs serve an important role in American higher education and in order to maintain their viability, we need presidents who possess the skills and abilities that will allow them to lead effectively,” said Dr. Levon T. Esters, an associate professor of education at Purdue University and a lead author of the toolkit.

Esters, who earned a bachelor’s from Florida A&M University and a master’s from North Carolina A&T University — two HBCUs — has aspirations of becoming a college president someday.

“Our goal for this report is to highlight the leadership skills and expertise required of HBCU presidents to address the complexities facing their institutions in the 21st century,” he said.

While HBCUs constitute only 3 percent of the nation’s colleges and universities, they graduate more than 20 percent of all African-American students in the country.

Gasman dismissed the idea that there are not leaders who are willing to assume leadership positions at Black colleges and universities throughout the nation.

“I don’t think there is a leadership vacuum. This is about helping to provide a clear pathway,” said Gasman, who added that CMSI will launch a series of programs over the next few years that will provide individuals interested in serving as a president of a minority-serving institution with the opportunity to be mentored and “to ask questions and make connections.”

The toolkit provides an array of recommendations that HBCU college presidents can take to better connect with their consistencies. One suggestion is for HBCU leaders to utilize social media to raise their visibility and increase fundraising initiatives, all the while engaging with students, faculty and alumni about trends within higher education.

“For better of worse, modern technology means that colleges and their actions have become much more visible to the discerning public,” said Amanda Washington, co-author of the toolkit and a Ph.D. research student at the University of Pennsylvania. “HBCU presidents should take advantage of this to help advocate for their institutions, especially at a time when HBCUs face more and more scrutiny,” said Washington, who graduated from Spelman College and has aspirations of becoming an HBCU president, too.

You can read the entire report at www2.gse.upenn.edu.