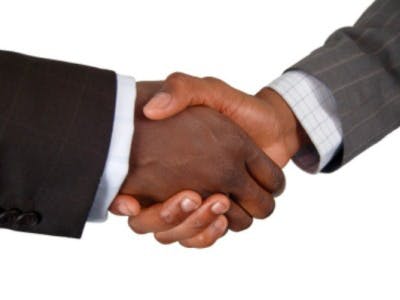 As one of the newest headhunters in higher education, TM Squared Education Search — a fledgling search firm that focuses on finding executive leaders for historically Black colleges and universities (HBCUs) and Predominantly Black Institutions (PBIs) — is fighting an uphill battle.

But at least now it won’t have as much baggage as it did when the firm announced its arrival March 1.

After Diverse inquired as to why the biography for former Chicago State University president Wayne Watson — one of the firm’s more colorful founding principals — was conspicuously absent from the search firm’s website, the firm revealed that Watson — who retired from his post at CSU in 2015 amid a series of whistleblower lawsuits — had “left TM2 for personal reasons.”

Although some may question the decision to involve Watson in the first place, his sudden departure means TM2 won’t have to answer questions about a recent ethics report that found Watson “acted without integrity” when he made false allegations against two board members as they tried to foment his ouster. Nor of a recent court ruling that suggested Watson acted with “malice and deceit” in trying to pressure a university attorney to withhold records about Watson’s employment that a faculty member had sought under Illinois’ open records law.

While Garland and Yancy left their presidential posts amid generally favorable reports, Ribeau cannot lay claim to the same. Ribeau stepped down abruptly from Howard University in 2013 after the institution’s credit rating was downgraded and its enrollment declined.

Critics had been questioning how two former HBCU presidents who recently had rough exits from their posts could legitimately style themselves as experts in talent recruitment. (CSU is not formally recognized as an HBCU but has been regarded as one.)

“A number of people who are knowledgeable about higher education have raised questions about whether or not this new firm can in fact do a better job of helping to identify potential candidates than is already being done already,” said Haynes, who related that he got several e-mails and phone calls from colleagues who questioned the background of some of TM2’s leaders.

But TM2 doesn’t see any of its founding principals’ stormy pasts — at least among any of the three who remain — as liabilities. In fact, TM2 believes those rough experiences make their leaders better suited for the job.

“Experience navigating controversy adds value to our work, which is part of the reason we offer coaching and mentoring to everyone we place,” Christopher Braswell, president of TM2, said in a written statement answering a series of questions posed by Diverse.

Braswell said TM2 “features leaders that have faced these challenges head on at both majority and minority institutions, which makes our team among the best suited to advise the Black college community in this capacity.”

“The daunting issues and decisions leaders face in our schools are often met with public scrutiny and controversy,” Braswell said. “This is a reality across higher education in majority and minority institutions.”

But beyond the individual professional histories of the founding principals of TM2, questions remain about the use of search firms in general.

Haynes, the former head of the White House Initiative on HBCUs, admits being torn over the use of search firms, particularly for HBCUs.

“My mind goes back and forth about whether or not this is the right way to use the process or is it better to use an internal process?” Haynes said.

“The search firm business in general is problematic as evidenced by the people that the search firms choose overall,” Haynes continued. “Sometimes they make these commitments to certain individuals that if you’re in the pool and you get picked, then my commission goes up.

“And, of course, search firms have to bid for business. They are always competing against each other,” Haynes said. “So it’s a financial issue”

When it comes to HBCUs specifically, Haynes said, the search firm business has been “notoriously awful.”

“Why do we know this?” Haynes said. “Because some of the failed presidencies are the result of people being chosen as a result of having a search firm.”

Haynes was actually passed over for Silver for the post at ASU, according to minutes from the ASU board of trustees.

Silver may not be the best example to bolster Haynes’ assertion that his was a case of a search firm process that yielded a bad result.

That’s because Silver was actually vindicated by an audit report that alleged fraud, conflict of interest and abuse of public funds by members of ASU’s board of trustees. Silver has maintained that he was terminated because he uncovered “questionable and troubling” information about the university’s finances.

Such conflict over a given institutional leader is one of the reasons it’s important to employ search firms to not only find candidates, but to vet them, according to Charlie Nelms, a higher education consultant and former chancellor of North Carolina Central University, an HBCU.

Nelms said vetting is all the more important when news articles and social media postings are easily accessible but may only provide a tiny piece of the overall picture of a given president’s tenure.

“Good search firms are able to delve more deeply into the review so they move beyond the headlines of the newspapers and social media,” Nelms said. A search firm can be used “not just to talk to the people whose name is given, but they can do second-, third-, fourth- and fifth-tier kind of verification that an institution could benefit from.”

Nelms cautioned against relying strictly on news media accounts — be that of Watson, Ribeau, or any presidential candidate — as the “official indication of whatever situation may have been learned” about a given president’s tenure. He said most institutions don’t get into budget difficulty overnight.

“Someone will come along and say this institution has a deficit of XYZ and they lost XYZ enrollment,” Nelms said in comments that could be applied to Ribeau’s tenure at Howard. “Most of that was building for years before that president even arrived.”

Even if Watson had remained with TM2, Nelms would have declined to judge Watson based on news publicity of the controversy surrounding his presidency.

Sometimes, those other dynamics may be in the public domain but one has to be resourceful and fortunate enough to find them. For instance, one of Watson’s accusers who alleged that he had pressured her to file false sexual harassment claims against an outspoken professor at CSU is now charged with “numerous felonies” herself.

Asked by Diverse if he had any affiliation with TM2, Nelms said he did not but disclosed that he had “had discussions” with TM2 about being a part of its team. Nelms said he declined to join the company because he had enough to do with his own consulting business.

Nelms said he has relationships with TM2’s founders and believes they will do well.

“I happen to know them,” Nelms said. “And they have all worked at PWIs as well,” he said, using the higher education lingo for Predominantly White Institutions. “I want to believe that combination of HBCU experience and commitment, combined with their PWI experience and commitment, that will help them do an effective job of search consulting work.”

In terms of cost, Nelms said search firms may be well worth it instead of trying to find an executive leader for less by placing ads, delegating the duties in-house to people who already have other duties, and interviewing whoever tosses his or her hat in the ring.

“You can do all of that but there are some really good people out there who are not inclined to go and apply just because someone vacates a position,” Nelms said. “We need to be a little bit careful not to conclude that all a search firm is asked to do is to identify people.”

A paramount goal is to find a candidate whose skills and interests match the needs of an institution, Nelms said.

“We have to put the cost in proper perspective,” Nelms said.

One recent case that shows the pitfalls of going it alone is the 2013 firing of Tony Atwater from his post as president of Norfolk State University.

Norfolk’s Board of Visitors rector moved to revamp its vetting process after concerns were raised about how closely Atwater’s background was checked before hiring him for the post after a vote of no confidence by faculty at his previous job as president of Indiana University of Pennsylvania.

Nelms’ final verdict on search firms is that “one size does not fit all.”

“Don’t assume that a search firm is the answer for all or not for some,” Nelms said.

At the same time, corporate search firms are not the only option.

The Association of Governing Boards of Colleges and Universities — or AGB for short — offers presidential search services through a subsidiary called AGB Search for a flat fee on a sliding scale of between $55,000 and $65,000, said Jamie Ferrare, the founding managing principal at AGB Search.

“We believe strongly that the not-for-profit mentality that we have where there’s a fee but it’s flat and everyone knows what it is up front, it doesn’t carry any baggage with it,” Ferrare said.

About two-thirds of all presidential searches are done through a search firm, Ferrare said.

Ferrare said he had no direct information about how often HBCUs rely on search firms but that he believed about 50 percent do.

“And in recent years that number is growing,” Ferrare said.

There’s also a level of transparency with AGB Search that one may or may not find with private search firms.

“We post everything we have done on our website,” Ferrare said. “You can go there and see all of our past searches.”

Indeed, whereas private search firms may list their client institutions, the AGB Search client history website lists their placements in great detail down to the name of person, position and institution where the person was hired. AGB’s clients include several HBCUs, such as UDC, which recently hired Ronald Mason, Jr., as president, and Clark Atlanta University, which recently hired Ronald A. Johnson as president.

“Each search firm should have their own statistics,” Ferrare said. “Our statistics are about 90 percent where a candidate remains in place after five years. Someone that stays less than five years we wouldn’t think of as a quality search.”

By that standard, even though Ribeau left his post at Howard amid controversy, his placement there would be considered a quality one. He began in May 2008 and stepped down in October 2013.

Braswell said TM2 has secured its first clients, “but we are not at liberty to discuss client matters publicly at this time.”

Braswell said time will tell if TM2 is adding value to the field.

“We are passionate and committed to the welfare of the Black colleges and the development of minority leaders,” Braswell said. “We will make our case and the market will determine whether our message is well received.”