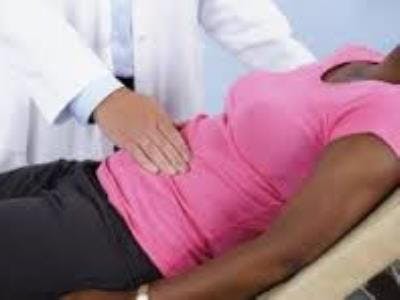 University of Colorado law professor Dayna Matthew cites a study that finds an estimated 84,000 “excess deaths” could be prevented each year in the United States if the Black-White “mortality gap” were eliminated.

WASHINGTON — When it comes to eliminating the racial disparities that plague America’s health care system and cause Blacks to “live sicker and die quicker” than Whites, University of Colorado law professor Dayna Matthew believes the cure is to be found in the law.

“Law changes social norms and the social norm needs to be changed in this country,” Matthew said during a lecture at Politics & Prose, a downtown bookstore where she discussed her recently released book, “Just Medicine: A Cure for Racial Inequality in American Health Care.”

Matthew contends that America’s health care system is beset by unconscious bias and implicit racism. To bolster her point, she cited a study by former U.S. Surgeon General David Satcher and others that found that an estimated 84,000 “excess deaths” could be prevented each year in the United States if the Black-White “mortality gap” were eliminated.

She also cited “Unequal Treatment”—an Institute of Medicine study that found that racial and ethnic minorities get a lower quality of health care in the U.S.—and other studies that discovered that physicians who were found to have implicit bias tend to prescribe inferior treatment plans to patients of color.

To eliminate such disparities, Matthew espouses making changes with respect to the Civil Rights Act of 1964.

First, Matthew said, implicit or unconscious bias or unintentional racism should become “actionable” under the act.

Second, she said, the US Supreme Court should reverse Alexander v. Sandoval—a 2001 case in which the court decided that, under Title VI of the Act, private individuals can fight intentional discrimination by bringing “disparate treatment” claims but may no longer bring “disparate impact” claims based on unintentional discrimination that have a statistically demonstrated discriminatory effect on minorities, as she writes in her book.

“This is one of the gifts that our dearly departed Justice Scalia left us,” Matthew quipped during her talk. “We have to replace the private cause of action that worked so well with respect to explicit racism so that it’s available as a cause of action pertaining to implicit racism.”

Matthew is cognizant of the fact that there will be critics to her approach.

“How do we pattern it so that everyone who has a negative thought is not sued in the system that I’m proposing?” Matthew asked on behalf of her skeptics. “We employ a negligence standard in the Title VI regime,” she said in answering her own question in legalese.

“And the negligence standard simply says, if you as an institution or individual have done what is reasonably shown to address implicit bias, you have a perfect defense to a Title VI cause of action.

“This would change the social norm,” Matthew said. “It would create a system where the institutions that employ health providers would do what they’ve done with HIPAA (the Health Insurance Portability and Accountability Act).

“HIPAA changed everything with respect to privacy,” Matthew said. “Institutions became immediately active and proactive with respect to training, teaching and changing the social norms around privacy.”

Matthew said she understands that pursuing legal remedies is just part of what it takes to rid America’s health care system of racial disparities.

“I do not think we’re going to litigate or sue ourselves out of implicit bias and its deadly impact on health care,” Matthew said. “But I do believe we’re going to change the social norm if we do what I’ve proposed.”