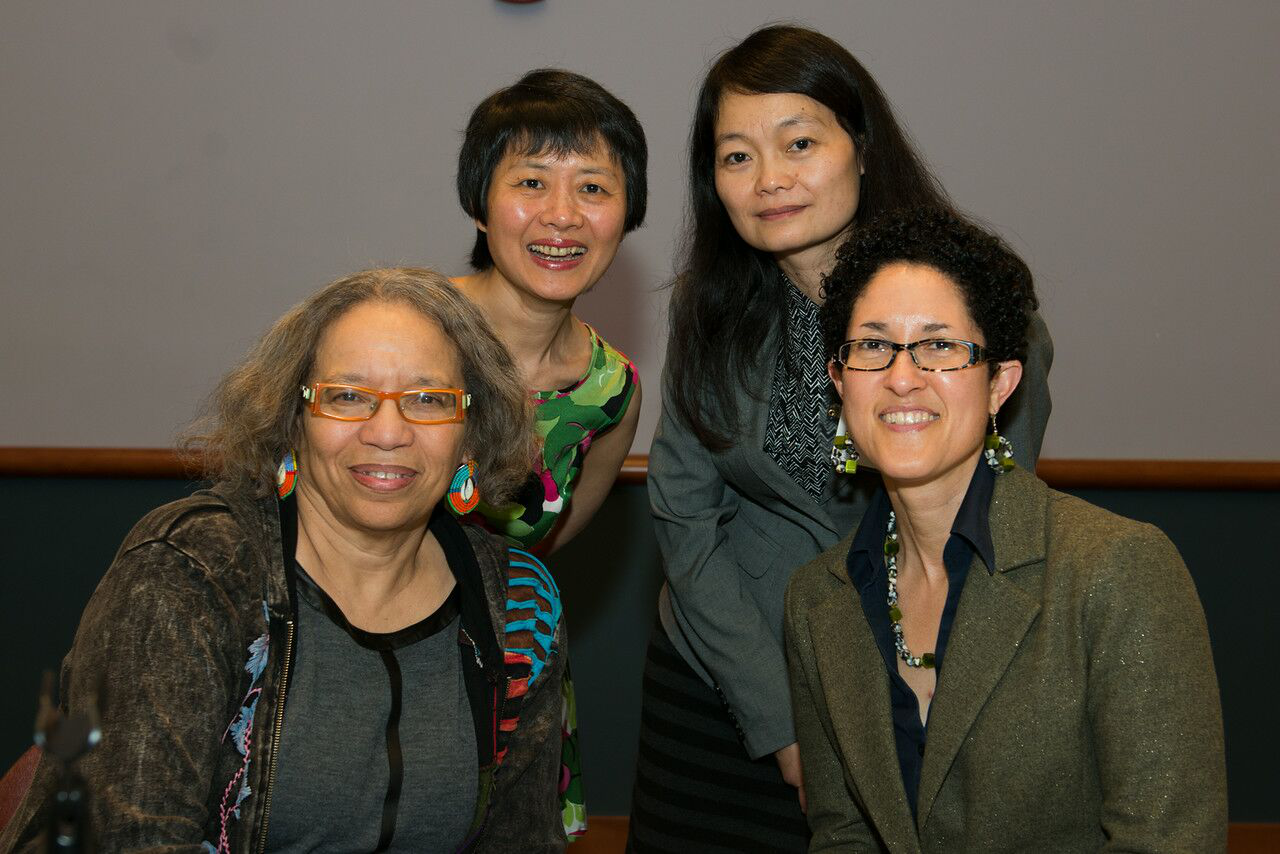 When it comes to race issues and discussion of women of color within women’s and gender studies, Asian American scholars have often felt isolated and unrepresented. At the 2010 conference of NWSA, a number of the scholars began meeting and creating a group where they saw other women who not only shared similar ethnicities but also had a commitment to developing courses and research that addressed the history and experiences of North American Asian women.

Now an official caucus within NWSA, the North American Asian Feminist (NAAF) Collective Caucus is built with a purpose to enrich and broaden cutting-edge feminist scholarship at NWSA and within their respective fields. NAAF scholarship highlights feminist and activist work by feminists of Asian descent and others and centers on the lived experiences of North American Asian communities through intersectional, interdisciplinary, hemispheric, global and comparative approaches.

North American Asian feminist scholars often encounter a binary understanding of race within women’s and gender studies as well as in the world. They have found that explorations of gender, race and intersectionality rarely consider the lived experiences of Asian Americans.

Dr. Cecilia Herles, assistant director of the Institute for Women’s Studies at the University of Georgia, studies and teaches about food insecurity, the likelihood that one does not have adequate means to address food needs.

“The way that studies have been done and have focused on the populations that are facing it hasn’t really looked at the experiences of Asian Americans who are facing this particular pressing issue,” says Herles, who is teaching the course North American Asian Feminisms this semester. “A binary understanding of race is highly problematic because, even in the census of looking at food insecurity, these populations aren’t even documented.”

Herles says that she’s isolated in terms of scholars in the southeastern United States examining North American Asian feminist issues, but she feels it is relevant given the rising population of Asians in the state of Georgia.

“It is very relevant within women’s and gender studies that we don’t continue to allow for this invisibility of Asian American women within our understandings of women’s voices and narratives,” says Herles. “There are a lot of textbooks, for example, that overlook and cover over these experiences and these voices.”

“One of the things that I attempt to do with offering a class on North American Asian feminisms is simply to provide a space where we look at subjugated knowledge and histories to unpack what it means to be Asian American, how that ties into historical legacies of racism and sexism,” Herles notes.

Herles says that the course provides a forum for many of her students to explore their own understanding of their identities. She challenges students to pursue that knowledge base so they may understand their experiences and themselves better.

“It’s definitely been a means of providing something within the curriculum that hasn’t been there,” says Herles, who also introduces these ideas in other women’s studies courses. For example, in her theory course, she presents the work of theorists who are interested in examining Asian American experiences.

For Dr. Yi-Chun Tricia Lin, director and a professor of women’s studies at Southern Connecticut State University and a co-founder of NAAF, it is a matter of incorporating North American Asian issues into her courses. Among the courses she teaches are Women, Community, Technology; Global Women’s Issues; and Contemporary Feminist Theories. North American Asian feminism is not inherent in any of these subjects, but she infuses elements into the curriculum through books and discussions.

“I introduce literature produced by indigenous feminists in Taiwan,” Lin says. “In women’s studies, unfortunately, very often the courses that are offered depend on the faculty available. With all my intense desire to offer a course in transnational feminisms, we have not been able to actually find a faculty member with the time to do it. That is a course I would love to teach, but with my administrative duties I have not been able to do that. This is a material reality we work with in a small department. Most women’s studies programs or departments tend to be very small.”

Lin has students read the work of Yuri Kochiyama, a Japanese American human rights activist who addressed the relocation experience.

“Some of the literature that they’ve read have never addressed the complexity of how a North American Asian woman and girl might experience those issues differently than what the mainstream literature has been talking about,” Lee says.

Herles says that students in her NAAF course have said they feel that they’ve finally found readings that truly resonate with them because they haven’t found themselves acknowledged in other classes and spaces. For Asian American students, it’s become an opportunity for self-discovery, which they can then expand upon in independent study.

Lee and Herles are developing opportunities for their students to interact. They’re excited to connect to students who are in diverse geographic areas — British Columbia and Georgia — and enable them to collaborate, learn about each other and share ideas. It helps to create a sense of belonging and shared purpose, they say.

There is a distinct activist component to NAAF. Herles has her students conduct group projects, most of which involve taking their knowledge out into the world through zines, podcasts and other media. They address issues of immigration, citizenship,

“What’s really been exciting to me is they’ve attempted to do these group projects based in their hopes for activism and creating change,” Herles says.

“You can learn a lot about women’s movements, women’s resistance and women’s survival by looking at minority women and girls who are immigrants, who settle [in North America] and whose stories aren’t told because they aren’t part of the recorded history,” Lee says. “You can reach things like this with other research methods that aren’t text based.”

She discusses how to examine and amass oral narratives and how to extrapolate real history by reading fiction works written and published during a particular era.

Lin says that forming this caucus and promoting this field of inquiry comes out of a sense of sisterhood and it is a form of political activism. Writing, teaching and producing knowledge previously absent is all part of feminist activism.

“We definitely want it to be seen as an area of study that is grounded in North America that is identified with the legacy of Asian settlements and migration and struggles in North America,” says Lee.

“We are engaged in a practice of actively being present,” she adds. “No longer on the margins, no longer silent, no longer invisible, no longer alienated from ourselves. We are building community, mobilizing, being present and visible.”