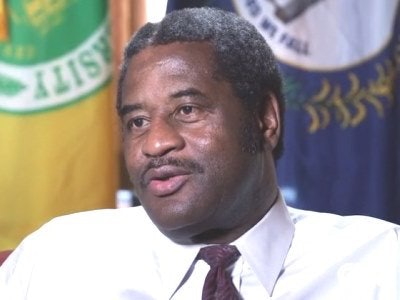 Raymond M. Burse, the retired General Electric Company executive who came out of retirement to help enrollment and financially troubled Kentucky State University get on a course toward recovery, announced his resignation Monday as president of the university effective Friday.

Burse’s departure came just months after the state’s new rookie governor, Matt Bevin, had rolled out significant proposed budget cuts for state agencies, including Kentucky State. It called for a 4.5 percent cut in state funding for the rest of the current fiscal year ending June 30, 2016, followed by a 9 percent cut in state funding over the next two years based on the 2016-18 biennial.

Burse had blasted the proposed cuts as a recipe for dooming the historically Black college in Frankfort, Kentucky. A Kentucky native and Centre College graduate who was a Rhodes Scholar before earning his law degree at Harvard University, Burse wrote KSU staff, alumni and supporters an open letter of concern about the implications of the governor’s plan.

“Kentucky State cannot withstand what is being proposed in the budget,” wrote Burse, who had previously served as KSU president from 1982-’89. “If the budget as proposed is enacted, our options would be to declare financial exigency and/or prepare a closure plan.”

Kentucky State was spared the draconian cuts proposed in January by Bevin. However, the governor nor the state Legislature took any decisive actions to help the institution roll out a long-term capital or budget plan that would help the university address a myriad other challenges, among them eliminating some $17 million in unpaid bills.

Burse, who garnered national attention in 2014 when he reduced his near $350,000 annual salary by 25 percent to boost the wages of the university’s lowest-paid employees, did not address the differences he had with the governor’s ideas.

“When I answered the call to serve as interim president two years ago, I did so with the understanding that my job was to put KSU of solid footing so that the school would not shutter,” Burse said in Monday’s resignation statement. “Under my leadership, KSU is back on the path to excellence.

“At this juncture, I have decided that further demands and challenges of Kentucky State must be undertaken by new leadership,” Burse continued. “I have come to this conclusion after nearly six months of personal assessments and evaluations, which has resulted in my resignation as president, effective May 27, 2016. I look forward to returning to Louisville and spending more time with my wife Kim and family.”

The university said Burse’s responsibilities, upon his departure, would be assumed by Dr. Candice Jackson, vice president for academic affairs. She will become acting president.

The university also said its Board of Regents was set to meet next Tuesday to discuss a process for finding a permanent successor to Burse.

While no one in the Kentucky State community offered any illumination on Burse’s departure, several higher education observers said it was not a good sign for the nation’s historically Black colleges and universities, particularly public tax-supported institutions.

“It is not a time to try to destroy HBCUs,” said Dr. Frederick Humphries, a higher education consultant. He has served as president of the National Association for Equal Opportunity in Higher Education (NAFEO) and a past president of Tennessee State University and Florida A&M University.

“They [HBCUs] are a significant producer of African-American talent in a portion of the higher education student population that is needed,” said Humphries.

Another seasoned veteran, who spoke on the condition he not be identified by name, said the Kentucky State situation reflects “a common thread” of challenges facing HBCUs that lawmakers nor state leaders are assessing well. Noting the rapid pace of leadership changes at HBCUs in recent years, the veteran said the administrative churning at numerous institutions suggest it is not just the leadership at the root of institutional problems.

“There must be some serious consideration to answering the questions that explain the demise of HBCUs,” the veteran said, noting the shopping list of woes facing HBCUs is consistent in most every state — underfunding, enrollment and retention issues, outdated and information technology systems, faculty replacement and institutional advancement.

The higher education veteran noted Kentucky State’s long-term outlook is further clouded by Burse’s departure. The university had been trying to fill a number of key positions before the president’s announcement, including hiring a new director of development. The previous director left last year.

At least two HBCU presidents in Louisiana left their schools in the last three years, frustrated with declining state support that would allow them to update and persevere.

South Carolina State University, which next month faces possible loss of accreditation over a number of issues in the past year, has lost two presidents in the last three years. Virginia’s two state-controlled universities — Virginia State and Norfolk State — each lost presidents in the past two years for reasons connected to budget and enrollment issues.