A Threat to HBCUs – Race and Higher Education in the South 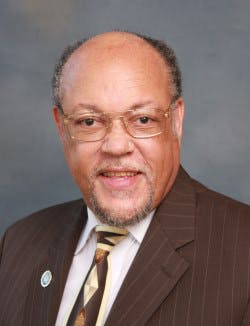 The southern states have a long and not so distinguished history of racial prejudice and discrimination. This is blatantly evidenced in many aspects of the history of this region. From slavery (during the early inception of the country) to the Civil War to the continued oppression of emancipated Black people thereafter to segregation for the next hundred years to the more subtle forms of racism that continue today, the South has never accepted racial equality. And don’t fool yourself, the feelings are still there today and just as strong.

With this history, the South is unique in the American landscape. It has never really committed to racial equality or harmony among all people; it has accepted, tolerated and accommodated change only when there was no other option, but the prejudice and discrimination that marked its past are still resident. Changes have been enforced by law and the will of the larger American people.

If you have ever been to the South or spent any time there, you soon come to understand that things are very slow to change. They still talk about past generations, long dead, as though they are alive and relative today. They fly the Confederate battle flag and cherish Confederate monuments. Don’t get me wrong, there’s nothing wrong with honoring one’s dead ancestors or having a fondness for your history, but times move on and change comes with it. You either adapt to change or you find yourself out of step with the mainstream.

It is in this environment that the historically Black colleges and universities (HBCUs) were founded, numbering today over 100 Institutions and existing for well over 100 years. There are multiple HBCUs in each state, some public and some private. For the publics, there is at least one in each southern state and most states have several. There is a world of difference between the public and private HBCUs. While the privates are licensed by the state, they basically operate free of direct state oversight. On the other hand, the public HBCUs are directly controlled by the state in essentially all of their operations. In many cases, these HBCU Institutions have been incorporated into the overall higher education system of the state. However, being a part of the state system does not necessarily mean being an equal member.

Combining the location of the public HBCUs with the history of racial intolerance in the South, you have a recipe for at least some awkward interaction, and possibility some level of disaster. Let us remember that these HBCUs were not really created by the states to provide Black people with education. No, they were created from a sinister motivation, to perpetuate segregation. The powers that be in these states had the same mindset and heart that produced all of the previous history. Thus, the HBCUs were born from prejudice, at a time when the southern states were compelled to educate Blacks, and were a mechanism to continue segregation. Even bad motives can produce some good things.

Now, we look at today. The effort to maintain segregation was lost. What were traditionally White state Institutions must admit Blacks and are integrated. So, the HBCUs remain as the aftermath of a failed effort and as such are a constant remainder of past history. The southern states can’t be comfortable with the HBCUs, but don’t know what to do with them. They’re like a Frankenstein’s monster living in the village. Well, what do you do with the HBCUs? You know the same power structure that instituted them now wishes they would go away. They consume resources, time and effort. But, if you close them there would be a hue from many quarters (students, alumni, politicians and the community), not to mention the very negative public relations and national image.

The question is how do you eliminate something without directly killing it, so that you’re not holding the “smoking gun?” This is where I think things really become underhanded and turn sinister. If you appoint poor leadership (presidents and chancellors) for these Institutions and continue to watch them work to its detriment, then you can achieve their decline, even demise, without the appearance of having done anything. I know at first this sounds somewhat ridiculous, but consider all that past history and the heart of the people who may be doing this. Remember, things, including hearts, change slowly in the South. This is what I view as a very real, contemporary threat to public HBCUs.

The public HBCUs just may be under attack, through the appointment of bad leadership, from the very states they serve. Do you put it past them? I don’t. I have seen so much of this that it has made me develop this view. I have seen too much for it to be accidental or just happenstance. Sometimes when you see something and don’t understand it, you’re tempted to think that it doesn’t make sense, but it may make sense to somebody.

So how do we protect the HBCUs from their state master, because the Institutions themselves clearly can’t defy their own master, and besides they are being led by the presidents or chancellors selected by the state? We must be vigilant and active. This means we must keep watch on these Institutions and speak out when there is a concern. We must take an activist role and approach, and we must be vocal to our state higher education leaders. They aren’t accustomed to this and are used to people being complacent and quiet, so they won’t know how to act and will try to act like they shouldn’t be questioned. As concerned citizens, they should engage in a dialogue with us about any issue we have or see. The HBCUs are actually a public trust and we must make sure they are preserved.