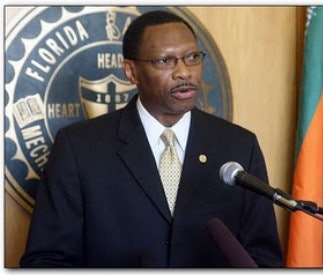 Dr. James H. Ammons, who was president of Florida A&M University (FAMU) when the hazing-related death of a marching band member rocked the institution, has been selected as provost and vice president of academic affairs for Delaware State University.

Ammons, currently a professor of political science at FAMU, stepped down as president of the university in 2012. In November of 2011, drum major Robert Champion died after navigating a gauntlet of bandmates who hit him with fists, drumsticks and mallets on the bus after a football game. The world renowned marching band was deactivated, several band members faced felony or misdemeanor hazing charges and Champion’s family sued the university.

In addition to Ammon’s administrative stints at FAMU as president (2007-12) and provost and vice president of academic affairs (1995-2001), he was chancellor of North Carolina Central University (2001-07).

“It’s an honor to be a part of the academic excellence that is evident at DSU,” Ammons said in a statement released Wednesday by Delaware State. “I have worked across the HBCU arena and I am impressed with the magnitude of innovation and student success that is displayed at Delaware State University.”

Ammons, who officially takes office on July 5, replaces Dr. Alton Thompson, who resigned from the University on March 4. Ammons has a B.S. in political science from Florida A&M, and a master’s in public administration and a Ph.D. in government, both from Florida State University.