Study: Blacks Less Likely to be Shot by Police Than Whites 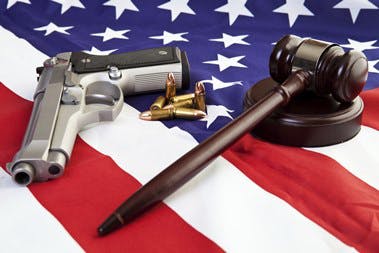 If anyone is looking for ammunition to bolster the belief that police are more trigger-happy when it comes to encounters with Blacks than with Whites, they won’t find it in a study by Harvard economist Roland G. Fryer, Jr. that was released Monday.

In the study—titled “An Empirical Analysis of Racial Differences in Police Use of Force”—Fryer arrives at what he describes as a “startling” finding: Blacks are 23.8 percent less likely to be shot by police, relative to Whites.

“Partitioning the data in myriad ways, we find no evidence of racial discrimination in officer-involved shootings,” the study states. “Investigating the intensive margin—the timing of shootings or how many bullets were discharged in the endeavor—there are no detectable racial differences.”

The study consists of complex formulae that—no matter how robust they portend to be—are not likely to stem the tide of protests over police shootings of Black men.

Further, though it is consistent with at least one other study, it is at odds with other reports—including two databases, one created by ProPublica and one created by the Washington Post—and drew a skeptical response in some quarters because of its narrowness.

“The study is definitely useful in some regards: Researchers examined the circumstances of police shootings (like whether police were attacked before firing their guns) with much more detail than previous work has, for example,” states one critique by Vox.

“But it’s narrower than a lot of existing research on racial disparities in criminal justice—so narrow, in fact, that it kind of misses the point of why police killings of young black men are so frequently outrageous.”

Among other things, Vox found fault with the fact that Fryer’s study looked at only about 1,330 shootings from 2000 to 2015 in ten jurisdictions. For perspective as to just how fractional that number is, consider the fact that the Washington Post found that 965 people were shot and killed by police in 2015 alone.

“When it comes to policing, this is especially important, because so many issues of crime and policing are local,” the Vox critique states. “Different cities have different approaches to police-community relations; different tensions; different standards for use of force.”

One aspect of Fryer’s study that is not likely to be questioned is its finding that, when it came to non-lethal force—that is, pushing someone into a wall or striking them with a baton—Blacks and Hispanics are more than 50 percent more likely to have an interaction with police that involves any use of force.

The bottom line: Fryer found that Blacks and Hispanics are more likely than Whites to be roughed up by police but less likely to be shot.

Depending on one’s point of view, the timing of the release of Fryer’s study is likely to be seen as either impeccable or suspect.

It comes after a remarkable week in which two Black men—Alton Sterling in Louisiana and Philando Castile in Minnesota—were shot at close range by police in back-to-back encounters that were partially captured on video and widely disseminated via social media.

Sterling was shot while on his back and pinned to the ground outside a convenience store where he had been selling CDs and had reportedly pointed a gun at someone. Castile was shot while, according to his fiancée, he was reaching for his license during a traffic stop. He had mentioned that he was licensed to carry a firearm and had one.

Complicating factors include the fact that, while both men had firearms on their person, neither had drawn or was holding their weapons when they were fatally shot.

The videos of their deaths sparked protests throughout the nation. One protest—in Dallas—culminated in a gunman opening fire on police, killing five and wounding seven. Police have said the gunman—25-year-old Army reservist Micah X. Johnson—told police negotiators that he was upset at the protesters affiliated with the Black Lives Matter movement as well as the police shootings of Sterling and Castile and that he wanted to kill White people, particularly White police officers. He was subsequently killed by a police-controlled robot that delivered and detonated a bomb.

Fryer’s study, of course, commenced long before those events transpired. But it refers to the kinds of circumstances in which those shootings took place.

For those reasons, the study’s language is both easily and eerily applicable to last week’s series of events.

“Given the stream of video ‘evidence,’ which many take to be indicative of structural racism in police departments across America, the ensuing and understandable outrage in black communities across America … the results [of the study] are startling,” Fryer writes.

To arrive at his findings, Fryer used four different datasets—including two that were created specifically for the study.

The first dataset comes from New York City’s controversial Stop and Frisk program, which enabled New York City cops to stop and question a pedestrian, then frisk the pedestrian for weapons or contraband.

The second dataset comes from the Police-Public Contact Survey, a survey conducted every three years of a nationally representative sample of civilians about their interactions with police, including use of force.

A third dataset is based on officer-involved shootings in three large cities in Texas—Austin, Dallas and Houston—as well as six large Florida counties and Los Angeles County.

A fourth dataset comes from a random sample of police-civilian interactions from the Houston police department. This dataset, according to the study, involves arrests for offenses in which lethal force is “more likely to be justified,” such as attempted capital murder or assault on a police officer or resisting arrest, evading arrest, and interfering in arrest.

“The results obtained using these data are informative and, in some cases, startling,” the study states. “Using data on NYC’s Stop and Frisk program, we demonstrate that on non-lethal uses of force—putting hands on civilians (which includes slapping or grabbing) or pushing individuals into a wall or onto the ground, there are large racial differences.”

Specifically, the study states that Blacks and Hispanics are “more than fifty percent more likely to have an interaction with police which involves any use of force.”

Demographics, such as age and gender, or whether the people supplied identification, or whether the incident took place in a high-crime or low-crime area, or the behavior of the person, did little to alter the outcomes racially, the study states.

“Interestingly, as the intensity of force increases … the probability that any civilian is subjected to such treatment is small, but the racial difference remains surprisingly constant,” the study states. For instance, the study states, 0.26 percent of interactions between police and civilians involve an officer drawing a weapon, and a mere 0.02 percent involve using a baton.

“These are rare events,” the study states. “Yet, the results indicate that they are significantly more rare for whites than blacks.”

In the raw data, Blacks are 21.3 percent more likely to be involved in an interaction with police in which at least a weapon is drawn than Whites, the study states.

Fryer acknowledges that the usefulness of his datasets—such as those that rely on police to give accurate renditions of their use of force—is limited.

“The key limitation of the data is they only capture the police side of the story,” Fryer writes. “There have been several high-profile cases of police storytelling that is not congruent with video evidence of the interaction.”

“Taken alone, officer-involved shootings are the most extreme and least used form of police force and thus, in isolation, may be misleading,” Fryer states. “Second, the penalties for wrongfully discharging a lethal weapon in any given situation can be life altering; thus, the incentive to misrepresent contextual factors on police reports may be large.

“Third, we don’t typically have the suspect’s side of the story and often there are no witnesses,” his study states. “Fourth, it is impossible to capture all variables of importance at the time of a shooting. Thus, what appears to be discrimination to some may look like mis-measured contextual factors to others.”

In seeking to explain why Blacks and Hispanics are more likely to be subjected to non-lethal force than Whites but less likely to be shot, Fryer attributes the divergence to the consequences for both forms of force—an assertion that seems to suggest—somewhat implausibly—that the officers are contemplating the legal repercussions of their actions in their often split-second decisions to use force.

“We argue that these facts are most consistent with a model of taste-based discrimination in which police officers face discretely higher costs for officer-involved shootings relative to non-lethal uses of force,” the study states.

In terms of solutions, Fryer suggests that, in addition to things such as body worn cameras or training officers to rid them of racial bias, penalties for excessive force should be increased.

“To date, very few police departments across the country either collect data on lower level uses of force or explicitly punish officers for misuse of these tactics,” the study states.

In his conclusion, Fryer veers into a realm of ambivalence in which he seems to absolve law enforcement of any need to change and puts the onus for change on African-Americans.

“The importance of our results for racial inequality in America is unclear,” Fryer concedes. “It is plausible that racial differences in lower level uses of force are simply a distraction, and movements such as Black Lives Matter should seek solutions within their own communities rather than changing the behaviors of police and other external forces.

“Much more troubling, due to their frequency and potential impact on minority belief formation, is the possibility that racial differences in police use of non-lethal force have spillovers on myriad dimensions of racial inequality,” the study states. “If, for instance, blacks use their lived experience with police as evidence that the world is discriminatory, then it is easy to understand why black youth invest less in human capital or black adults are more likely to believe discrimination is an important determinant of economic outcomes. Black Dignity Matters.”