The tragic events that recently occurred in Baton Rouge, Minneapolis and Dallas combine to teach a sad and painful message about the fragility of American society and how far we have not come in 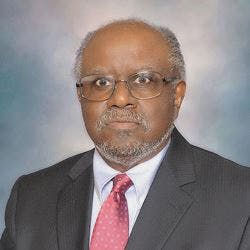 the last half century. The occurrence of the tragedy is the first part of the story. The way in which that tragic set of events has been framed, projected and manipulated, in my view, is the saddest component of this multilayered social tragedy.

It is not enough that we see the wasting of human life through prisms that lend artificial color and meaning to plain black and white facts. It is worst that we fail to even evaluate the totality of the circumstance and instead selectively emphasize the bits and pieces of the story that the media, politicians and elite political interests find special value in emphasizing.

If the reported killing of two Black men in two different states under highly questionable and very suspect sets of circumstances had not been followed by killing of police persons in Dallas, I suspect the news story for the weekend would have been materially different. It would have been pretty much business as usual: just two more Black men who experienced the fate of approximately 500-plus Black people who died at the hands of the police earlier in 2016.

Count back from 2016, and the number quickly becomes impossible to tally. The news headline would have been a call for calm, a promised investigation by some state and federal law enforcement offices and the usual recital of how difficult and dangerous police work happens to be.

The outcome would predictably be what it is in 95 percent of the cases where the police are exonerated, the rationale that the officers experienced a legitimate fear for their lives. The investigation would also find a way to criminalize or attack the character of the victim, after which we await the next case.

The facts surrounding the circumstances of their deaths almost do not matter. The sad and continuing truth is that Black people in America are being systematically lynched in the schools, streets, courts and jails of this great democracy. This is America’s past and this is America’s present. This fact, I argue, is also the largest threat to America’s future.

For over a half century I have watched the judicial system turn a virtual blind eye to the social injustice visited upon Black people and others, who are human enough to care about fundamental fairness, due process of law and equal justice before the law. It is sad to stop and realize how the continuing struggle for civil rights in America is constantly projected in the context of a Black and White struggle.

The media pays very little attention to the interracial composition of the protestors who are currently participating in demonstrations against the wanton killing of Black people. In Dallas, a city that has a progressive, forward-thinking police department, the early reporting of the shooting there constantly and loosely interjected references to the Black Lives Matter movement into the commentary, as if to suggest there was some connection or possible culpability on the part of that organization. Racism sells.

For decades I have witnessed Black people being killed and in other ways brutalized by fear, hatred and White incivility, as America very patiently feigns an attempt to find a cure for this “intentionally manufactured race problem.” Emmett Till, Paul Robeson, Medgar Evers, Goodman, Schwerner and Chaney, Viola Liuzzo, King, Malcolm, Fred Hampton, Eleanor Bumpurs, Amadou Diallo, Sandra Bland, Tamir Rice, Walter Scott, the Emanuel Nine, Freddie Gray. I admit that this list is very incomplete because it is almost humanly impossible to accurately complete the task. I am not laying all of this violence against Black people and those “who believe in freedom” on the law enforcement community. I am, however, making the charge that too often law enforcement has been actively complicit in the destruction of Black life and passively supportive of the status quo which fails to protect and serve Black people.

One need only look to the pattern of state-sponsored postreconstruction violence that has been visited upon Black people. We can reference Ida B. Wells and her documentation of lynching and Klan activity that took place in America under the color of law. Neither can we forget the “Counter Intelligence Program,” “The War on Drugs,” “the Construction of an American for Profit Prison System” and the vast array of subtle and direct state-sponsored initiatives to ensure the continued marginalization of Black life in America.

No, we do not blame “the police,” but neither can we, nor should we overlook the complicity of law enforcement in assisting and supporting efforts to deny access and opportunity to America’s, perhaps, most loyal citizen grouping. Through all of this misery and oppression, the conscience of America refuses to be haunted by the image of Rodney King being beaten, by a band of policemen, in uniform, as if he were a non-human beast of burden, and then rising to ask the question: “Can’t we all just get along?”

That brutality was videotaped, publicized and circulated worldwide — and, to my recollection, no policeman went to jail or lost their job. The sad fact of the matter is that the war America has waged on Black America has been more effective than the War on Drugs, the War on Poverty, the War on Crime and the War on Isis.

This essay is not intended to be a statement about anger. I hope this essay is interpreted as a statement about the value of honesty, fairness and reason. That is the point we all must strive to reach, if we are going to construct a viable future for America. The future of this nation cannot rest on a predicate of “comparative correctness.” In an increasingly transparent and shrinking world, America will have to bank instead on honesty, reason and fundamental fairness as the foundation for our national future.

Finally, as a combat-tested veteran of one of this nation’s most unpopular wars, there is a dimension of this tragedy to which I take great offence and find painfully insulting and insensitive. The co-victim in this situation, who is also listed among the dead, was a young Black man who gave a considerable portion of his young life to the service of his country as “volunteer” member of America’s armed forces. He saw combat in perhaps what is America’s longest and most unsuccessful military venture on record.

He, for some yet undefined reason, breaks under the weight of something that he is carrying as he seeks to find social justice at home. This nation does not display the respect and decency to inquire into the depth of his why before it begins to portray him as a mad militant neo-barbarian creature. That is racism and hatred. This young man is being more negatively portrayed than is the young man who went into Mother Emanuel AME Church, sat in a prayer circle, and then proceeded to murder those who had offered him spiritual comfort and protection.

This disparate treatment is a manifestation of the racial bias inherent in our social and political environment. This disparity also stands as further cause to legitimize the Black Lives Matter Movement. As a veteran and as a Black man, I argue that we owe this veteran’s broken remains — at least an honest inquiry. I argue further that we owe his family and loved ones even more. To where has the call for understanding and reason departed?

Dr. William Small, Jr., is a retired educator and a Vietnam veteran.