Many universities operate as if they are an island unto themselves and many civil rights organizations are as engaged as they could be in the education space. It is becoming increasingly necessary for civil rights groups to work with colleges and universities to increase access to higher education and improve the economic conditions of underserved communities. 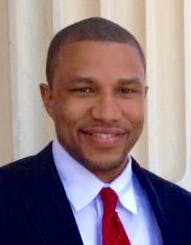 There is a natural synergy that needs to be reinforced. There are too many areas of convergence not to. Institutions of higher education should work with civil rights groups to help get their issues on the agenda and  have them resonate in the broader public consciousness. Colleges and universities need the consistency of a civil rights organization to help them move issues on the agenda. Otherwise, many issues and concerns will just be an episodic tantrum and the political powers that be can wait them out.

Universities hold the key to the kind of upward mobility and opportunity that the civil rights community has fought to attain for generations. Civil rights organizations need guidance on what to organize around and where to apply public pressure. Higher education institutions can provide that with an increased level of engagement.

Arguably the most pressing areas of convergence is the issue of state governments financially starving out public institutions of higher education. The New York Times noted that, “since the 2008 recession, states have reduced spending on public higher education by 17 percent per student, while tuition has risen by 33 percent, according to a recent report by the nonpartisan Center on Budget and Policy Priorities.”

If the current trend of disinvestment goes unmitigated, then some states will not end up investing anything toward colleges and universities. This will place an increased burden on poor and working-class students and parents. The process of students gaining access to, and successfully completing programs at institutions of higher education, can be long and arduous and does not have the same kind of drama associated with it as police violence. But it is as consequential to the long-term sustainability of minority communities.

These issues should remain on the policy agenda and resonate in the public consciousness. The agenda-setting process for higher education issues is a key space where the civil rights community should be engaged. Agenda setting refers to the manner in which relatively unknown issues and ideas rise up through different channels to end up under consideration by various areas of the political system at the federal, state and local levels. Education should be a voting issue in every election.

If higher education institutions and the civil rights community don’t collaborate to keep important issues related to postsecondary access and success on the agenda, then diminished economic opportunity for minorities will be exacerbated. Universities have been under increased pressure to further facilitate the process of students obtaining gainful employment after graduating from their institutions. There may be a need to pressure corporations to create employment opportunities for students and to invest in higher education institutions.

Another area of convergence that has been increasing brought up by student activists on college campuses and other external stakeholders is the lack of faculty and staff diversity that is prevalent at many universities. If the abysmal faculty diversity numbers of many universities are to change then there must be a serious reexamination of the hiring practices that are currently in existence. There is often a reluctance to address racial issues in the hiring process, which leads to a high degree of frustration and discouragement for qualified minority applicants who are never given an opportunity.

Research has highlighted that people typically associate with and are attracted to people who are similar to themselves. This undoubtedly has had a large impact on hiring practices, along with a lack of awareness of stereotypes that influence the perception of potential faculty and staff members. The uncomfortable truth is that many diversity officers or highly ranked university officials are hired to help facilitate institutional change, but ultimately end up feeling that the university’s leadership is not genuinely supporting their efforts to make that change happen. Many of these people end up with a lot of anguish and frustration and little actual power to alter deeply embedded practices.

In many environments, including universities, there is a denial that issues of privilege, race and class even exist, and if they do happen to be recognized, there is no safe space to break it down and make the appropriate climate changes. Therefore, it is important for the chief decision-makers to consistently establish the tone and tenor for the entire institution. If cultural privilege goes unchecked, then it eventually becomes institutionalized in the policies and procedures of universities and other institutions.

Diversity and inclusion matters and helps to bolster the fabric and potency of communities. Universities can work with civil rights groups and community organizations to solve seemingly insurmountable problems. It is imperative that the civil rights and higher education communities rally around key areas of convergence and shared values to expand public support for important issues that are paramount to the future of educational and economic opportunity for communities that desperately need it.

Dr. Marcus Bright is a political commentator and the executive director of Education for a Better America.