When Virginia Governor Terry McAuliffe moved Monday to restore voting rights to 13,000 former felons, he took a “bold” step to end a practice of Black voter suppression that hearkens back to the Reconstruction Era. 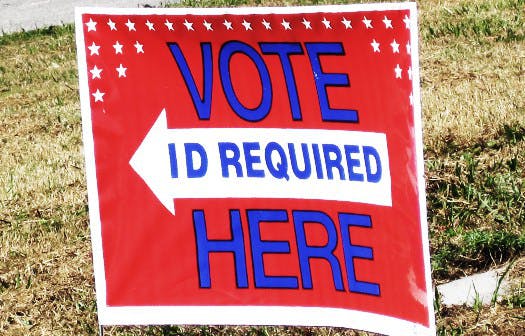 That was the take that Christina R. Rivers, an associate professor of political science at DePaul University, had on steps McAuliffe took Monday to end what he referred to in a memo as a “tragic history of voter suppression and marginalization of minorities.”

“It’s a bold move. He was told by his legislature and the (Supreme Court of Virginia) that he can’t do this,” Rivers said. “It’s really a bold move to overstep the legislature and judicial branch to sign an order doing what you wanted to do in the first place.”

Rivers was referring to McAuliffe’s earlier attempt this year to restore the rights of more than 200,000 former felons. In a case brought by citizens and state Republican leaders, Virginia’s supreme court invalided the governor’s original order and ruled that he could act only on a case-by-case basis to restore a felon’s civil rights, but not “effectively rewrite the general rule of law.”

Virginia is one of four states where the constitution permanently disenfranchises citizens with past felony convictions but allows the state’s governor to restore voting rights, according to the Brennan Center for Justice, a non-partisan public policy and law institute.

Laws vary in other states, but voting rights are restored to felons in the vast majority of states upon completion of a sentence, including prison, parole and probation.

Only Maine and Vermont do not strip felons of the right to vote. Interestingly, both states only have Black populations of about one percent.

Of the three states that still have lifetime bans, two—Florida and Kentucky—are former slave states where the percentage of African-Americans is more sizable: 16.1 and 7.9 percent, respectively.

And of the seven states that have permanent bans for certain criminal convictions, three are former slave states with sizable Black populations: Alabama, Mississippi and Tennessee.

“Felon disenfranchisement laws were applied universally until about the early to mid 1800s,” Rivers said. But things changed after Black men got the right to vote in 1870 through the 15th amendment.

“They resurged in the Reconstruction Era in southern states in a way to disenfranchise Black folks,” Rivers said. “In southern states you had all these states that basically criminalize being Black,” she said of “Black Code” laws that imposed penalties for vagrancy.

“The consequence of being arrested and found guilty of a crime—including a misdemeanor—is you would lose your right to vote and, in most instances, it was permanent,” Rivers said. “It was a very effective way of disenfranchising Black voters,” she said, noting that large numbers of Blacks found themselves being sent to the convict lease system.

But other scholars say the political leanings of the state’s ex-offenders should have nothing to do with the issue of whether they should be allowed to regain the right to vote.

“The critics who say that he’s only doing it to increase the vote total for his party are really missing the fact that basically the denial (to vote) is inconsistent with how we think about democracy,” said Jeff Manza, professor of sociology at New York University and author of the 2006 book, “Locked Out: Felon Disenfranchisement and American Democracy.”

Manza said there’s “no question” that, because felons are disproportionately poor and minority, there’s a “slight Democratic tilt.”

“And in a very close election, that small difference could matter,” Manza said. “But it’s not as if all felons are going to support Democrats.

“But I think the bigger question with the ex-felons, I personally would not emphasize their partisan preferences, but just basically the idea that we can take groups of citizens and not let them vote who have served their sentences in their case, I really think it violates many basic principles of democracy and their partisanship shouldn’t be a real consideration.”

“I am not content to condemn them for eternity as inferior and second-class citizens,” the governor said.

Despite Republic concerns that McAullife’s move was meant to benefit Democratic presidential nominee Hillary Clinton, it does not appear that Clinton needs the “felon vote,” as it were.

According to RealClearPolitics, Clinton is leading the Republican presidential nominee, Donald Trump, 49 to 37.8 percent in Virginia.

Governor McAullife has stated that his latest order complies with the state supreme court ruling.
While it is our position that the Governor’s April 22nd action was clearly constitutional by any reasonable standard, he will proceed with individual restorations in accordance with the Virginia Supreme Court’s order and the precedent of governors before him,” a memo from the governor’s office states.
Republicans have said they plan to review the restoration cases  to make sure they were processed in accordance with the court order.