RICHMOND, Va. — An internal battle has been brewing within the Association for the Study of African American Life and History (ASALH) over who should publish the association’s journal that was founded by Dr. Carter G. Woodson, best known as the father of what has become Black History Month.

The disagreement has become so contentious among members of the 101-year-old association that some academics have taken to social media to disparage the current leadership of the association, calling them “heretics” and “sellouts” over a proposed plan to have the Journal for African American History printed and distributed by the University of Chicago press. 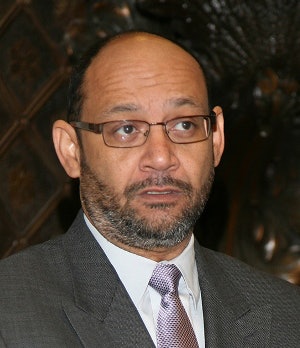 “It’s very inappropriate to call us sellouts,” said Dr. Evelyn Brooks Higginbotham, the Victor S. Thomas Professor of History and African American Studies at Harvard who took over as president of ASALH in January. “Do you think Carter Woodson talked in that language? It’s more than inflammatory; it’s disrespectful.”

At the group’s annual business meeting held during the four-day conference in Richmond, members of the association’s executive council outlined a proposal to have the journal—which is currently printed by Tapestry Press—published in hard copy and electronic format beginning in 2017 by the University of Chicago, which is considered the largest and one of the oldest university presses in the country.

They argued that the current costs associated with producing the journal have put the association in a fiscal bind and that the partnership with the University of Chicago press would yield an immediate financial benefit of $100,000 a year and additional shared royalties for the association.

In addition, they’ve promised that the University of Chicago press will also provide copy editing, proofreading and editorial assistance to the journal and has agreed to fund an HBCU undergraduate paid internship program and provide free or discounted access to the journal throughout Africa and the Caribbean.

“We control what we own,” Higginbotham said, in response to criticism that ASALH would lose control over the journal if it’s printed by the University of Chicago press. “In every single respect, we own and control our copyright. This is a contract. The journal will be done better than it’s ever been done before.”

Dr. Sharon Harley, chair of the Publications Committee and associate professor of Afro-American Studies at the University of Maryland-College Park, said that the contract with the University of Chicago press would be for an initial five-year period, with an annual review.

“If we are unsatisfied, we can terminate the contract,” said Harley, who added that several universities contacted ASALH because they wanted to be affiliated with a respected journal.

But Dr. Daryl Michael Scott, the immediate past president of ASALH, said that the plan Higginbotham and others are pushing is deeply misleading. Scott has started a campaign called “Get Right With Woodson” and has raised $55,000 to self-publish the journal. He criticized a possible collaboration with the University of Chicago press as a “fool’s proposal” and added that “Chicago is new to the digital journal business. This is the first year. Chicago is not a good business deal, and it is unnecessary, too.”

A professor and chair of the History Department at Howard University, Scott led ASALH from 2013 until January of this year. He said that someone from ASALH’s leadership called hotel security and police and circulated his picture in an effort to prevent him from attending the business meeting, a charge that several members of the executive council deny.

He said that Higginbotham refused to provide him with adequate time to outline a case to the membership for why he believes the proposal with the University of Chicago press would be detrimental to the association.

“An issue that began as a serious struggle over saving a century of independent publishing has taken an anti-democratic, anti-free-speech turn,” said Scott.

The back and forth over the journal has caused some members to threaten the possibility of leaving ASALH altogether and to form splinter groups instead. Others have threatened to boycott future conferences.

Dr. Mary Frances Berry, the Geraldine R. Segal Professor of American Social Thought and Professor of History at the University of Pennsylvania and former chairwoman of the United States Commission on Civil Rights, said that she was “embarrassed” by the public bickering.

“I left once before over some mess,” said Berry, who was the subject of a plenary session organized by scholars—including several of her former graduate students—at this year’s conference. “People in here are trying to undercut the authority of the people we elected.”

ASALH, which currently has four staff members, operates on a meager budget. Higginbotham said that, despite tremendous growth in membership, the association faces a deficit threat that could prevent it from expanding in the future.

“Our goal is to not let this happen,” said Higginbotham. “It is our fiduciary responsibility to make sure that this organization does not go in debt.”

Higginbotham said that, in 1920, Woodson—who was facing financial difficulties of his own—penned a letter to the NAACP asking them to publish the journal on behalf of the association. It was an idea that Dr. W.E.B. Du Bois had pitched several years earlier. Although the NAACP ultimately opted not to publish the journal, Higginbotham said that the request by Woodson demonstrates that he was “not a man who was stuck in any kind of way,” she said. “Do you think he’s a lesser man for looking out for the journal?”

The journal’s current editor, Dr. V.P. Franklin, who was the Distinguished Professor of History at the University of California Riverside until his recent retirement, said that he had used funds through his endowed President’s Chair to help fund the journal and editorial assistants.

But now that he is no longer in the position, additional revenue is needed to ensure the journal’s longevity. He said that he supports a partnership with the University of Chicago press.

Many members said that they are hopeful that this issue would be resolved soon.

“The executive council will keep the organization in the black,” said Omope Carter Daboiku, president of the ASALH branch of Cincinnati, the city where next year’s conference will take place. “I can’t disenfranchise the natural process. We elect people to serve and they’ve come to the conclusion that we can’t afford to self-publish the journal.”

The preservation of Black history should remain the focus of ASALH’s work and mission, said one longtime member who did not want to be identified.

“We need to keep our eyes on the prize and stay focused on what matters,” said the member. “We should not be name calling and acting like fools. Dr. Carter G. Woodson is probably turning over in his grave with how we are acting. It’s so shameful.”