Even though she is known for her reality TV persona as a “villain,” in her new role within the incoming administration of President-elect Donald Trump, Omarosa Manigault-Stallworth — more commonly known by her trademarked name as “Omarosa” — will be a staunch advocate for communities that have been “suffering and struggling.” 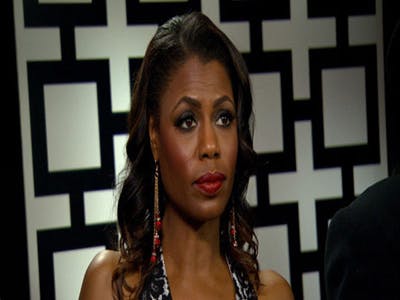 That is the take that Omarosa’s pastor — Rev. K.W. Tulloss — had on the announcement this week that Omarosa —a business school instructor at Howard University — had been appointed as assistant to the president and director of communications for the White House Office of Public Liaison.

“I think she’s someone that we can trust and count on,” said Tulloss, who is also president of the Los Angeles chapter of Rev. Al Sharpton’s National Action Network.

“She has a big heart for the communities within our country that are suffering and struggling,” Tulloss said.

Tulloss pointed to Omarosa’s background and track record — from being raised in the housing projects in Youngstown, Ohio, to her missionary work in Haiti to expressing concern over the killings of Trayvon Martin, Michael Brown and Eric Garner — as factors that show she understands “the challenges of our communities.”

“She’s going to bring not only a heart but an added voice of concern because she’s been here, she’s done the work with the communities,” Tulloss said.

Tulloss’ remarks came as the nation prepares to usher in a new era under the forthcoming presidency of the brash billionaire businessman, whose cabinet picks thus far have heavily consisted of military generals and fellow billionaires.

Tulloss said that he and Omarosa have discussed the challenges associated with serving in the administration of a candidate whose campaign rhetoric is seen as one of the most racially divisive in American history.

Much of that divisiveness manifested itself at Trump campaign rallies in which African Americans and others were physically attacked by Trump supporters.

Tulloss said while he was concerned that Trump could set a tone among law enforcement that could lead to more police brutality and police killings, that he thought Omarosa would be a force to mitigate that potentiality.

“That’s a major concern,” Tulloss said of police killings escalating under Trump. “And I believe — again — that Omarosa is one who will be able to carry our message of concern directly to the president,” said Tulloss, whose organization has taken up the issue of police killings under the mantra of “No Justice, No Peace.”

Tulloss said he has seen Trump’s rhetoric “minimize” over time and attributed it to “people like Omarosa saying, “This is not how this should be done.’”

“I pray that this president is not as divisive as we saw in his rallies,” Tulloss said. “Going forward — and this is something I’ve shared with Omarosa on his campaign trips — you can’t support the ugliness and divisiveness of this candidate who is trying to push sides against each other and law enforcement should not have a green light to beat and dismantle people.”

While Tulloss sounded a tone of guarded optimism regarding Omarosa’s new post within the Trump administration, others were more skeptical about her ability to make a meaningful difference as a White House insider.

The skeptics included two former members of the cast of “The Apprentice,” the Trump reality show that played a pivotal role in Omarosa’s rise to fame.

“I think the obvious challenge has been that it’s an administration that has been marked by fomenting racial resentment, and so during the campaign, and I think by definition all of the repercussions of that or all the impacts of that, I’m sure they’re not lost on her,” said Tara Dowdell, a former “The Apprentice” cast member who is founder and president of the Tara Dowdell Group, which bills itself as a “socially conscious marketing and PR firm.”

Dowdell said people tend to underestimate the adverse effect that Trump can have on minority-owned business with disparaging remarks about minorities. She cited uncorroborated claims that Trump has referred to Blacks as “lazy.”

“I think that people don’t understand that when you have someone with a platform as large as his, the impact that this validating of racial stereotypes has on the public and how it reverberates throughout society and I think it reverberates in ways that — as a small business owner — every time the community is devalued, my business is devalued and when people think you’re not as good or as talented or don’t work as hard, it impacts the money you can make or how you can grow and I would never be a part of anything that does that to my community,” Dowdell said.

Randal Pinkett, another former cast member of “The Apprentice” and CEO of BCT Partners, a management, technology and policy consulting firm based in Newark, N.J., also cast doubt on how effective Omarosa can be in the Trump administration, which he said has been characterized by a troubling lack of diversity and is “well represented by White men and billionaires.”

“Donald has, as we all know, a very tenuous if not adversarial relationship with the African American community, and I believe Omarosa — by virtue of her staunch support of Donald’s campaign — now carries that baggage that Donald has engendered over the course of his campaign, and it does call into question whether she can be effective in an outreach role,” Pinkett said.

This won’t be Omarosa’s first White House gig. And, if past is prologue, the author of  “The Bitch Switch: Knowing How to Turn it On and Off,” could very well end up being her own worst enemy.

According to a profile on encyclopedia.com, the former beauty pageant winner got fired from four different posts within the Clinton Administration, although Omarosa has said of her first run in the White House: “That was not a place to learn how to be a young professional. That’s a very difficult environment, because they don’t believe in training. They just kind of throw you in the fire.”

Even so, her current boss — Donald Trump — fired her twice on “The Apprentice,” making Omarosa — often portrayed as “cutthroat” in reality TV shows — the only contestant to be twice fired by The Don.

On Omarosa’s LinkedIn profile, she lists herself as a “professor” at Howard University’s school of business, although she may be using the term generically.

When Diverse contacted Barron H. Harvey, dean of the business school at Howard, he indicated that Omarosa is not a professor at Howard and only conducts workshops at the school twice a year.

Harvey declined to say anything further due to protocol and referred Diverse to Howard’s media relations team, which did not respond to an e-mail request for more information on Omarosa’s current status at Howard.

It is clear that Omarosa — a Central State University graduate who went on to earn a master’s in communication studies from Howard — has taught at Howard previously — and appears to have been fairly good at it.

One student left a favorable review for Omarosa on ratemyprofessors.com.

“So I will be honest, I only took the class because she is a celebrity,” the student wrote. “Was pleasantly surprised. She was actually very knowledgeable and had good insight into branding and marketing. She had favs though I was not one of them. She is a HU grad. She brought in really good guest lecturers from NIKE, TIFFANY’s and WHITE HOUSE. It was an east (sic) A for me.”

An MBA student at Howard wrote an article in which she said Omarosa is “nothing like what I saw on television.”

“With Omarosa as my ‘professor,’ I got a chance to get to know her professionally and personally, and took a look behind the scenes at her brand management,” the former student wrote. “And she was nothing like what I saw on television.

“It was almost like Omarosa the professor wouldn’t even sit with someone like Omarosa from ‘The Apprentice.’ She was kind, articulate, patient, and, surprisingly, appeared to be very genuine. She opened up her Rolodex and had some pretty impressive people (no celebrities though) as guest speakers in our weekly classes.

“When I think of that person and the one on television, I’m not sure which is the real Omarosa,” the student concluded. “But what I do know is each character is deliberate.”