Lawrence, Kansas is a long way from Sumner, Mississippi but Dr. David Tell, an associate professor of communication at the University of Kansas, is shortening the distance with his research, scholarship and actions related to the brutal murder of 14-year-old Emmett Till in 1955. The murder and the acquittal of his killers have become emblematic of the racism and injustice of Jim Crow segregation in the South. 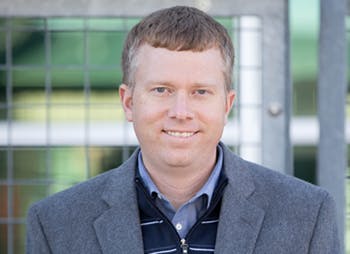 Tell is heading up The Emmett Till Memory Project to memorialize the horrific killing of the Black teen and the subsequent trial and acquittal of his murderers, using interactive technology and the actual sites to provide location-specific information about Till’s death. The centerpiece of the project will be the still-functioning Tallahatchie County courtroom where the trial was held. Tell and colleagues in Mississippi, Florida and Pennsylvania, also have developed a prototype Google app to tell the story of the killing and to direct tourists to the sites involved. They are now working on transforming the courtroom into a state-of-the-art interactive museum with funding from a $500,000 National Parks Service grant.

How a communication scholar in Kansas embraced a historical project about a hate-fueled murder in the Mississippi delta is a story in itself. “I feel like I fell into it,” Tell recalls in a phone interview with Diverse. He explains that he began examining the Emmett Till case while he was a graduate student at Penn State.

“In the early 2000s I wrote my dissertation, part of which was on the memory of Emmett Till’s murder,” Tell explains. “As a scholar of communication I and [others] in my field are interested in the ways people communicate and the way people remember historical events. So my dissertation was focused on how Till’s murder was being remembered.”

Tell received his Ph.D. in communication from Penn State University. In 2008 he published “The ‘Shocking Story’ of Emmett Till and the Politics of Public Confession” in the Quarterly Journal of Speech based on his Ph.D. dissertation.

His essay’s title was derived from the highly publicized Look magazine article titled “The Shocking Story of Approved Murder in Mississippi.” Tell asserts that the Look story became “the master narrative” of the events and for 49 years stood as historical fact until the 2004 FBI investigation and subsequent report in 2006.

Tell’s research led him to Sumner and the surrounding communities where he became involved with efforts to preserve the historical sites and to correct the record. Roy Bryant and J.W. Milam confessed and actually boasted about the killing during an interview for the Look article four months after their acquittal. However, as the Memory Project website explains, the Look article was rife with errors and fabrications because writer William Bradford Huie paid the two men for their interview and changed crucial information to protect the identities of two others who refused to be interviewed. Most recently Carolyn Bryant, the woman Till supposedly whistled at, recanted part of the embellished story that she told the FBI suggesting more sexual advances from Till.

Currently up and running, the Memory Project is a website and smartphone app. The project uses Google’s Field Trip app to tour sites throughout the Mississippi Delta that figured into the death, trial, and legacy of Emmett Till. Tell’s team is comprised of Pablo Correa and David Houck from Florida State University and Chris Spielvogel from Penn State. On site in the delta, Patrick Weems is project coordinator of the Emmett Till Interactive Museum. Through additional grant funding, the programs are branching in several directions.

“We’re currently working with community members to create photo documentaries,” Weems says.  “We want to tell the story of Emmett Till, but we also want to help bring the community together to tell new stories about some of the things going on [here].”

He says interns from local high schools and colleges will be hired in the summer to work on the photo docs, which will be posted on the project’s website.

Weems also says the project is applying for another grant to create the second version of the smartphone app. He noted that physical signs placed around the area designating sites connected to the Till case have routinely been vandalized.

In recent years interest in the Till case has increased as writers and filmmakers have focused on Black historical figures. Most recently the release of a book, “The Blood of Emmett Till,” by Duke University professor Dr. Timothy Tyson gained special attention because in it, Tyson broke the news of Bryant’s recanting her statements to the FBI. Tell is writing a book, scheduled for publication in 2018, which will include his considerable research, and he says several other works are in progress, as well as movie projects, notably one being produced by Whoopi Goldberg.

“At regular intervals we get a big infusion of energy,” Tell says. “So this project just keeps growing and growing.”