Fear, mistrust, and prejudice have seemingly marked many encounters between police and African-American males — leading to deadly consequences. Dr. Juan Gilbert and his team at the Department of Computer & Information Science & Engineering at the University of Florida have developed the Traffic Stop app, which aims to allow both police officer and driver to stay in their vehicles for routine traffic stops, injecting a level of safety for both parties. 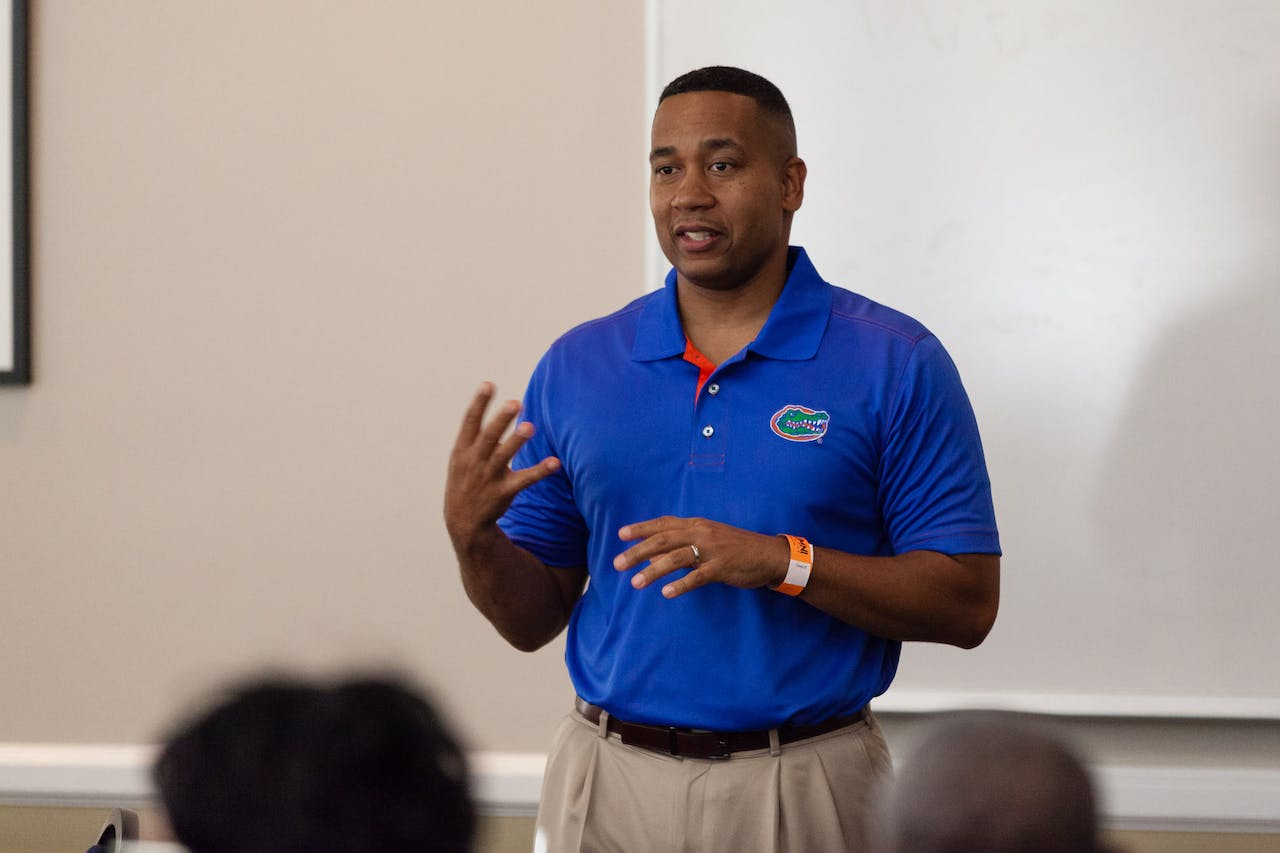 According to Gilbert, Andrew Banks Family Preeminence Endowed Professor & Chair, Computer & Information Science & Engineering Department at the University of Florida, as envisioned, the Traffic Stop app would be available to citizens for free and downloadable through the Apple App Store or Google Play. The cost would be on the law enforcement side but insurance companies and others interested in the app’s benefits could step up and provide funding.

On the driver’s side, pertinent documents would be loaded electronically and viewable within the app. In a routine traffic stop, an officer could see on his or her end a driver’s license and other pertinent information and run routine warrant checks, etc. Ostensibly, neither officer nor driver would have to leave their vehicles unless a warrant check revealed an outstanding warrant, for instance.

“We’ve heard time and time again. ‘Why did you shoot the guy? I was afraid. I feared.’ If you are in your vehicle, and they’re in their vehicle, what are you fearing at that point? I’m trying to take the fear out of the equation,” Gilbert says.

Statistics bear out that perceptions of bias against Blacks when it comes to police interaction have some basis in reality. Part of the abstract of a recent National Bureau of Economic Research working paper titled, “An Empirical Analysis of Racial Differences in Police Use of Force,” written Dr. Roland Fryer, a Harvard University economics professor, reads: “On non-lethal uses of force, blacks and Hispanics are more than fifty percent more likely to experience some form of force in interactions with police. Adding controls that account for important context and civilian behavior reduces, but cannot fully explain, these disparities.”

However, interestingly, the abstract adds, “On the most extreme use of force — officer-involved shootings — we find no racial differences in either the raw data or when contextual factors are taken into account.”

Indeed, it is the national conversation over police-involved killings of Black men that prompted Gilbert, and his majority-Black team of students within UF’s Department of Computer & Information Science & Engineering, to seek a technological solution to a national issue.

However, some of the early feedback Gilbert has received on the police side of the equation is that police are trained to interact with citizens. Such technology would potentially curb the community relations aspect of police work. Gilbert insists that the potential use of the Traffic Stop app only touches a single aspect of police work.

“Now, if the person’s tag comes up — they’re wanted for robbery — that’s a different scenario. What I’m talking about [is] the routine stop,” for speeding, running a red light, “or I’m just routinely pulling every third car over, whatever the case may be. It’s routine. There is no need to put yourself at risk.

“As such, we’re providing you with the necessary capability to remain safe and to minimize that fear. It doesn’t eliminate the conversation of police and community engagement. That’s not at all what I’m saying. [In] one scenario, I’m reducing that conflict and minimizing that fear. I think it will interject interesting conversations nationally and I think it will make a difference.”

Gilbert says that he hopes to finish development of a Traffic Stop app prototype this month, and in April, identify pilot testing sites for the app, with a goal of launching the Traffic Stop app this summer. For more information, visit www.virtualtrafficstop.com.