Given the world events that have occurred over the last few centuries and especially during the last few months, I am asking you all to devote more time to not only researching rural America but actually doing anti-racist work there. I am asking that you take up activist research agendas that include taking anti-racist action to isolated White community enclaves. I am asking that you actually do the work in those rural and White communities and work tirelessly — much like you do as “allies” in communities of color.

I am also asking that you spend less time writing about Black and Brown folks for publication and spend more time writing about White people and White racism. In fact, I would also remind you that the most “prolific” White scholars have plenty of publications and also have the resources and White skin property and privilege to find those spaces at a moment’s notice. The presses make sure of that, because most are comprised of predominantly White faculty and routinely publish your expert opinion about Black and Brown issues instead of publishing the works of people of color (POC) about POC. 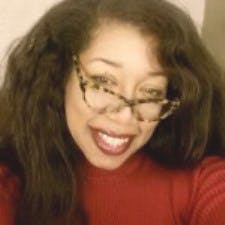 Colleagues, I am asking, who is doing the work in isolated White enclaves in America? What are the names of and where are the critical White organizations that are fighting for social and racial justice? Have you joined them and posted your hard work and devotion to them on Facebook and other social media? It seems like you tend to do that for all of the Black and Brown organizational meetings to which you attend or hold membership. While I am sure those White organizations exist, I am asking that you actively work with them and keep us, people of color, apprised of your progress in putting an end to White supremacy. In fact, invite us to one of your meetings just as you attend every one of the many meetings held by organizations of color.

White scholars, please pay attention to all scholars, including the ones right there on your campuses who are in need of critically conscious White people intervention. Your colleagues of color are tired of engaging in conversations with fragile White colleagues, administrators and staff. We need your critical White lens and dispositions to help other older individuals who suffer from the ill repute of White fragility.

Also, could you please make sure that you are loud when you see and hear racism, because when you are silent around non-critical White colleagues, you are supporting racism. When you inform us about what you have heard from racist colleagues, you are perpetuating racism. You are also taking years away from our own life expectancy by informing us about “things” that we have to worry and stress about (racial battle fatigue). Did you know that hearing about terror and vitriol about oneself raises blood pressure? That is one major reason why Black folks are so stressed out and die from heart-related illnesses. When you listen and do nothing but inform us, it tells us POC that you are aiding and abetting racists and racism.

There are a number of other “things” that I would like to ask of you:

I know that you are open to change and critique and, that you, too, want to live in an anti-racist world. If you could just start with this list, I would appreciate it.

Just one of many critical and woke Black scholars who live Black experiences daily.