It is no secret that the majority of teachers at schools across the nation are White. A Department of Education study from 2016 found that 82 percent of all public school teachers at the elementary and secondary level are White, quite a stark divide in an age where changes in racial demographics are moving the nation ever closer to a majority-minority future. According to the same study, the number of Black teachers has actually declined between 1987 and 2011, from 8 to 7 percent. 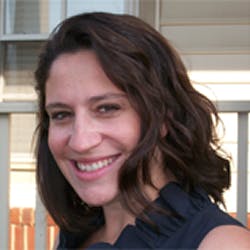 Popular wisdom attributes this state of affairs to a dearth of Black teachers, calling it a “supply” problem. Without enough Black teachers to fill open positions at schools, it makes sense that there would be more White teachers, or so conventional thinking goes. A new study published in the Harvard Educational Review, however, reveals that the situation might not be so cut-and-dried. Hiring practices at the district level may in fact be playing a role in artificially depressing racial representation in the classroom.

“There’s not a lot of Black folks working in schools right now as teachers and, for a long time, policymakers and researchers have defined that as a supply problem,” said Dr. Diana D’Amico, an assistant professor in the College of Education and Human Development at George Mason University (GMU).

Aware of disparities in racial representation, districts have implemented policies around recruitment and other initiatives intended to attract and retain Black teachers at schools. The data D’Amico and her colleagues analyzed suggested that, by focusing on recruitment, districts might in fact be addressing only the symptoms of a more deeply rooted problem.

D’Amico and a group of GMU professors took a deep look at hiring practices at a single, large school district. They found that, although Black teachers were applying, they were half as likely to be offered a job as their White counterparts. It was not clear why this was occurring — White and Black applicants were equally qualified, according to researchers, but Black applicants were less likely to get a job offer.

“When we looked at the applicant data, it was a very different story,” D’Amico said. “As it turns out, there was a sizable population of Black individuals who applied to teach in the district, but they just weren’t hired.”

Researchers also found that, when Black teachers were hired, they were segregated within the school district and placed at schools with large Black student populations. Teachers were not choosing to self-segregate. Under the HR practices of that particular district, applicants applied for generic positions and then were matched through an internal HR process with open positions at the districts’ schools. Prospective teachers had little say, in other words, over where they ended up, short of refusing a job offer from the district.

“Our key point is that it’s not a supply problem,” D’Amico concluded. “It may be a demand problem. Even though we are saying that we would like applicants of color, that’s not actually bearing out in the practices that we’re seeing.”

While studies show that Black students benefit from having Black teachers, there is also a case to be made for increasing racial representation at all schools, according to D’Amico.

“Why not hire Black teachers to teach White students?” D’Amico said. “We are at a point in our society where racial tensions are at a crest. So we should really think about how diverse role models for all kids might help us combat these racial tensions that we’re dealing with.”

Dr. Ivory Toldson, director of the Quality Education for Minorities (QEM) Network and a professor of psychology counseling at Howard University, said that framing the problem as a “supply” problem is flawed. Data shows that there is strong interest among Black college students — male and female — to become teachers. Toldson is a nationally recognized expert on issues of educational equity.

Taking TFA as an example, Toldson said that programs like it show a preference for teachers who come from the so-called “elite” schools, at the expense of HBCUs and other institutions where the majority of diverse teachers obtain their degrees and credentials.

“You can have a very strong GPA from an HBCU and be passed over in favor from someone with a less than stellar GPA from a Stanford or a Harvard or somewhere like that,” he said.

“So there’s a lot of barriers in terms of entry points to the profession,” Toldson continued. “We really need to look at those barriers before we make the assumption that a diverse population is not interested in being teachers.”

Toldson suggested that schools and districts take a deep look at what sort of attributes they are looking for when they hire teachers. While content knowledge is important, so are more intangible attributes, such as empathy, compassion, awareness, and cultural competency.

“If you have strong content knowledge, that doesn’t matter if you have racial biases, because you’re not going to reach students [of color],” Toldson said.

Framing current disparities in the teaching profession within the correct historic context is also an important part of understanding the many factors contributing to racial divides in the classroom, D’Amico said. After districts began integrating in the wake of Brown v. Board of Education, an estimated third of all Black teachers lost their jobs.

“Nothing that we uncovered right now is new,” she said. “It’s part of a deep legacy that traces at least back to Brown v. Board of Education.”