President Donald J. Trump stated recently that he looks forward to selecting an executive director for the White House Initiative on HBCUs.

Since that time, Diverse has obtained the names of four individuals whose names have been floated for the post, including two who held it under previous administrations. However, two of those individuals — including one who set the office up under President Jimmy Carter — have indicated they have no interest in the position.

The four individuals being considered for the post include:

Observers say no matter who is ultimately selected for the position, that person is in for a rough ride given the mercurial nature of President Trump and some of his administration’s early missteps 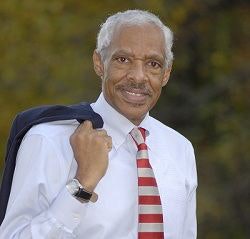 regarding HBCUs. Trump questioned the constitutionality of a program that provides low-cost capital finance loans to HBCUs, and his education secretary — school choice proponent and billionaire philanthropist Betsy DeVos — recently referred to HBCUs as “real pioneers when it comes to school choice,” when in fact the schools were founded at a time when Blacks were largely denied access to White institutions.

“Whoever is selected will find themselves between a rock and a hard place!” one longtime HBCU leader who now works as a consultant said in an e-mail statement to Diverse.

“Trying to convince the Trump administration that the HBCU community deserves support when Blacks voted overwhelmingly for Secretary Clinton will be a monumental challenge,” the consultant said. “Similarly, winning the support of a skeptical HBCU sector will be equally as challenging.”

The consultant observed further that the recent statement that President Trump made regarding the federal loan program that helps support HBCUs, coupled with the controversy surrounding U.S. Secretary of Education Betsy DeVos’ commencement speech at Bethune-Cookman University, an HBCU, are “negative starting points.”

“These observations notwithstanding, I believe that a skillful and experienced communicator with a deep appreciation for the political process can be helpful,” the consultant said.

Diverse reached out to all four individuals whose names were floated as possible candidates to lead the White House HBCU Initiative.

Haynes did not respond to a reporter’s request for comment.

Chastang was initially recommended by NAFEO (National Association for Equal Opportunity in Higher Education), an umbrella advocacy organization for the nation’s HBCUs and for which she once served as vice president. She indicated that she is not interested in the position.

“I did not express an interest in joining the White House initiative and would not be interested at this time, although I do wish the initiative well,” Chastang said during a phone interview Friday. “I am excited about the things that Trump has said about his commitment to HBCUs, but it’s not a position that I wish to be considered for. I would not do that at this time.”

Asked if “at this time” was a qualifier that technically left the door open to the possibility, Chastang said: “Let me be clear: I would not be interested in that position.” 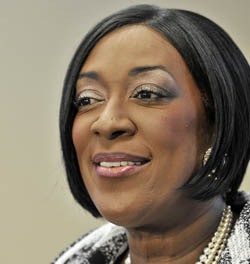 Boyd — the ousted Alabama State University president — could not be reached for comment. Her LinkedIn profile indicates she is in the Washington, D.C., area but has not been updated to reflect the fact that she is no longer president at Alabama State University. Boyd is an engineer who for decades did mostly classified research testing and evaluating submarine navigation systems for the Department of the Navy at Johns Hopkins University Applied Physics Laboratory.

Lezli Baskerville, president of NAFEO, released a statement saying the organization recommended Boyd for the position of executive director of the White House HBCU initiative because of her “sterling record as a senior executive, her keen understanding about HBCUs from the inside-out, her knowledge and understanding of the federal and some state laws, regulations and policies regarding HBCUs, higher education funding, pipeline programs…” It also stated “her leadership in the global STEM community … would all well serve this Administration and those in the HBCU Community.”

“Dr. Boyd’s proven ability to listen and process a wealth of information from diverse and sometimes divergent stakeholders and to move people to consensus, would be additional invaluable gifts she would bring to the position,” Baskerville’s statement added.

Dr. Marybeth Gasman, professor of higher education in the Graduate School of Education at the University of Pennsylvania and an expert on HBCUs, said although Boyd is a “highly capable leader with a proven record of success,” that Boyd would not likely flourish in the Trump administration as she could otherwise.

“I’d love to see her lead the White House Initiative on HBCUs — under anyone but Trump,” Gasman said in an e-mail to Diverse.

“There’s no succeeding if you work with him and his crew,” Gasman said. “They lie, manipulate and I worry that they won’t respect her and they will blame her for any issues that surface (of their making),” Gasman wrote. “Boyd deserves a healthy work environment that understands her value.”

Hollis told Diverse that the position is extremely taxing and that he wants no part of it.

“Stressful would be a severe understatement,” Hollis said. “It is a very stressful position.” 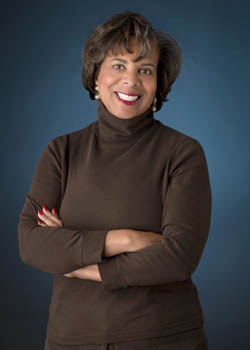 Hollis attributed the difficulty of the position to challenges of dealing with HBCU presidents, who have been beset with challenges of their own as of late.

Asked if he had any interest in serving again as executive director of the White House HBCU initiative, Hollis, 72, said: “I’m not interested in going back to Washington.”

“I just moved to South Carolina and I like it, and I like teaching these students,” he said of his visiting professor position at Savannah State University, which is located in Georgia near the state’s border with South Carolina.

“I have not been contacted. I don’t expect to be contacted,” Hollis said. “I expect to teach at Savannah State.”

Still, he said, he was “interested in being helpful” to the Trump administration.

Being of assistance would come rather easily for Hollis. Previously, his job at the initiative has been to track federal financial assistance to HBCUs.

“My job was to track money that went from the largest federal agencies — HHS, Agriculture, DoD, the National Science Foundation, any federal agency that was making significant financial transfers to HBCUs — my job was to sort of track that,” Hollis said. “Those are the keys to the kingdom.” 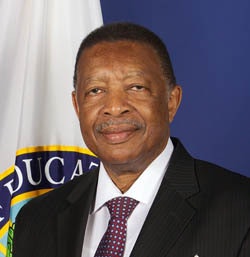 A former FEMA employee, Hollis said there is an ongoing need to get more members of diverse communities into emergency management because disasters — such as hurricanes and floods — tend to take a more devastating toll on low-income individuals and members of minority groups. He touted an outreach program at FEMA that works with HBCUs, Hispanic Service Institutions and Tribal Colleges to get more diverse students into emergency management.

Although Hollis specializes in emergency management, he said he is not interested in dealing with the leadership emergencies that have engulfed HBCUs as of late.

He cited the high turnover rate of HBCU presidents as an indication of the problems the institutions face and which will inevitably affect the executive director of the White House HBCU initiative.

“When the turmoil begins to reach into Howard, and you get turnover at Spelman and turnover at Morehouse, and FAMU and Alabama State, we’re talking about pressures having moved into the stronger HBCUs, and so significant pressures are at work within the group that we call HBCUs,” Hollis said.