Geri Allen, the beloved jazz musician and director of jazz studies at the University of Pittsburgh, died of cancer on Tuesday in Philadelphia at age 60.

The composer and educator is known as one of the greatest contemporary jazz pianists of all time, transcending the traditional boundaries of the genre. With spontaneity and melodic gift, Allen performed internationally and used her music to empower young jazz musicians in their creative processes. 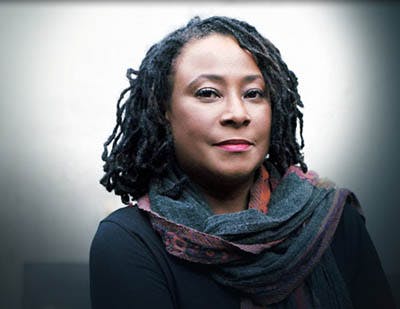 Upon hearing of her death, the jazz world and Allen’s colleagues reflected on her influences in the industry and on her service to her students.

“[Geri] was widely, just totally respected across all levels from the undergraduate students all the way up to the senior officials,” Dr. Deane L. Root, chair and professor in the Department of Music at the university told Diverse. She was “respected and beloved in the ways in which she worked with them, with all of us,” Dr. Root added.

Musicians and devout fans took to social media to share their condolences.

“My head in my hands. Beyond sad. Great musician. Beautiful person,” guitarist Vernon Reid said in a Twitter post about Allen. He also called Allen “a real friend who changed my life when times were hard.”

Allen’s influences for her music included her parents and notable jazz musicians such as Mary Lou Williams, Marcus Belgrave, Cecil Taylor, Betty Carter and Herbie Hancock. She also was a “child of the 60s-70s,” incorporating funk, Motown, and James Brown in her musical vision, according to longtime friend and colleague, Dr. Aaron J. Johnson, assistant professor of music at Pitt.

Allen began perfecting her unique style at a young age and learned to play the piano at age seven. She also studied under the trumpeter Marcus Belgrave at Cass Technical High School in Detroit, a school known for producing jazz greats.

Professor Fred Irby, III, Coordinator of Instrumental Music and director of the Howard University Jazz Ensemble, recalled meeting Allen for the first time on a recruitment trip to Cass Tech in 1975.

“I auditioned her and I immediately awarded her a full scholarship,” Irby told Diverse. “I think at the time, she was the only female in the band for those four years. She was so talented and we could just see greatness all over her right away.”

“She brought a lot of spirit to the music,” Irby added.

Allen’s 35-year career skyrocketed after graduating with a jazz studies degree from Howard University in 1979. In 1982, she earned an M.A. in ethnomusicology from the University of Pittsburgh where she later returned in 2013 to lead the jazz studies program once headed by her mentor, Nathan Davis.

Among other awards, Allen was the recipient of the first Soul Train, Lady of Soul Award for Jazz; the first woman and youngest person to receive the Danish Jazz Par Prize; and was a 2008 Guggenheim Fellow. She released her first solo piano album in 1985 titled “Home Grown.”

During her career, she toured with Mary Wilson and The Supremes, and she was the bandleader of “The Printmakers” in 1984. Allen also composed “For the Healing of the Nations” in 2006 in tribute to victims and survivors of the World Trade Center attacks.

Allen influenced and collaborated with great jazz musicians like Ornette Coleman, Dave Holland and Jack DeJohnette; she gracefully dealt with women’s issues in jazz; and she fused the “whole history of jazz piano styles into her very modern playing,” Johnson said. “But in fusing those styles, she was her own voice, both in her remarkable playing, [and] in her amazing compositions.”

Allen’s colleagues at the University of Pittsburgh say that they will do everything to keep Allen’s legacy and music alive through teaching, exhibits and concerts. Her leadership in the three and a half years that she was director of the Jazz Studies program established new connections with the wider community and across the world, Root said.

“She’s an enormous loss,” Dr. Michael Heller, assistant professor of music at Pitt, told Diverse. “She was an international superstar when she came to Pitt, but once she was here, she fully devoted herself to the students and to the program in a way that was just amazing.”

Dr. Heller says that Allen took a “very hands-on approach” to helping her students get the very best, and added that it’s “rare to find someone of her stature and her fame who is really willing to fully go in with both feet into the university environment and become an educator and a mentor in every sense of the word.”

Faculty in the Department of Music at Pitt also commended Allen for continuing to mentor her students through the difficult time of her illness. Allen did not share her condition with her students and continued to mentor and teach them until her untimely passing.

“I deeply respect her commitment to carrying forward on the performances that she had agreed to do,” Dr. Root said.

The music department at Pitt will commemorate Allen’s legacy and dedicate the 2017 annual jazz seminar and concert week in November to Allen. Howard University’s Jazz Ensemble also plans to highlight Allen’s work and composition in an upcoming CD compilation next year.