Editor’s Note: Diverse: Issues In Higher Education has announced the three distinguished 2018 recipients of the Dr. John Hope Franklin Award. Dr. Darlene Clark Hine is the first to be profiled  in a series that runs Wednesday through Friday.

As a young professor at Purdue University in the early 1970s, Dr. Darlene Clark Hine was confronted with a challenge that would ultimately change her career trajectory and position her as one of the nation’s most prominent historians.

At a gathering of the National Council of Negro Women’s (NCNW) convention, the late Dr. Dorothy Height urged the Black women in attendance to go back home and find historians to write the history of Black women in their respective states. 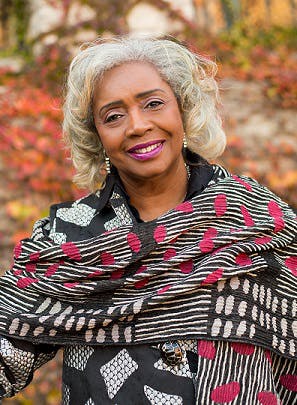 Not too long after that convention, two Black women who were officers in the Indianapolis chapter of NCNW tracked down Hine, who was the lone Black woman historian in Indiana, and asked her to write the history of Black women in the Hoosier State.

“And I thought that was the most peculiar request I ever heard,” says Hine.

Hine politely told one of the women that she could not write the history because she was not a Black women’s historian. But her response was met with skepticism.

Hine took on the project, and the rest, as they say, is history.

For more than four decades, Hine has become the foremost authority on Black women’s history, and she says Dr. John Hope Franklin was an early inspiration.

“I admired John Hope Franklin. He was like an intellectual god,” says Hine, who got a chance to watch the distinguished scholar closely during her undergraduate years at Roosevelt University, when Franklin taught history across town at the University of Chicago.

“Everybody knew that he was this distinguished, outstanding professor and historian. We all knew about From Slavery to Freedom. He was a hero, an intellectual giant. Most people couldn’t name anyone else.”

Years later, when the two developed a friendship, Franklin would jokingly tell others that the reason Black women had not been featured prominently in From Slavery to Freedom was because Hine — who was born the same year the book was published — hadn’t done her research and work yet.

“He was very encouraging,” says Hine. “He said that each generation has to write its own history. When I needed him, he would always come through and say, ‘This history is good. She is doing it right.’”

The joy of learning was instilled in Hine as a youngster. Every summer, until she turned 17, Hine stayed on a rural Illinois farm with her grandparents, who made visiting the local library a yearly ritual.

“We couldn’t go in to read, but we could go in to the library and pick up a stack of books. So, by the end of the summer, I would have read all of the books,” Hine says, recalling the days of segregation.

Although her kin had not gone to college, Hine says, “They had this mantra that if you can’t go to college yourself, you should send someone else in the family. There was this really strong emphasis on becoming educated and that was the source of your wealth – your education. That’s all I heard: ‘Stay in school, stay in school.’”

After graduating from Roosevelt University, Hine earned a master’s and a Ph.D. from Kent State University. Her teaching career has landed her at a variety of institutions, including South Carolina State University and Michigan State University (MSU), where she established a doctoral program in comparative African-American history, one of the first of its kind. The program has produced more than 25 Ph.D. graduates.

Hine left MSU in 2004 to help Northwestern University establish a Ph.D. program in African American Studies. After serving 13 years on their faculty, she retired last year and is back at MSU, where she’s the John A. Hannah Professor of History — an endowed chair that she held before she left.

Now, she is at work writing two books, including a major study about the history of the Black professional class that focuses on physicians, lawyers and teachers — from the end of the Civil War to the end of World War II. Hine will argue that three generations of Black professionals were determined to extend the domain of freedom.

In 2013, Hine was presented a National Humanities Medal by President Barack Obama for her work on understanding the African-American experience.

“It was certainly one of the greatest honors you can receive, and I was almost speechless,” she says, adding that Obama was familiar with and appreciative of her work.

Before Obama placed the medal around her neck, Hine offered the former president one directive. “I told him not to mess up my hair when he put the medal over my head,” says Hine with a hearty laugh. “He said that he knew better than to do something like that.”