Burnim Comes Out of Retirement to Lead UMES on Interim Basis

Higher education officials in Maryland have called seasoned college administrator Dr. Mickey Burnim out of retirement to serve as interim president of the University of Maryland at Eastern Shore (UMES) starting next week as a replacement for retired president Dr. Juliette Bell.

Bell, who turned 63 in April, announced in February her plans to step down June 30 at the end of her sixth year as chief of the rural Maryland campus. 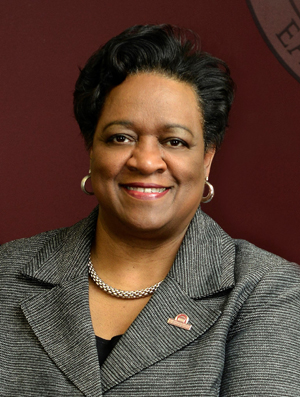 “It’s that time in life I wanted to enjoy some other things,” Bell said in an interview with Diverse on Monday, referring to time that she wants to spend with her five grandchildren and completing some writing projects.

“I’m keeping the door open,” she said in response to a question about whether she would come back to college administration. “It’s a 24/7 job physically and mentally. It’s time” for a break, she said.

Burnim, who retired this month a year ago after 10 years as president of Maryland’s Bowie State University, was in campus briefings all of last week in preparation for the transition. He could not be reached for comment about his interim assignment, which begins Thursday of this week.

Several of Burnim’s  higher education peers spoke highly of his selection as interim chief of UMES, one calling it “an exceptional idea. He’s a strong guy, very competent,” the colleague said.

The University of Maryland System has hired Academic Search, one of the nation’s oldest and leading academic executive search firms, to assist in what the university expects to be a nationwide search for a successor to Bell, a biochemist who came to UMES from Central State University in Ohio, where she was chief academic officer.

Higher education analysts familiar with UMES and Bell say her decision in February to step down as president did not come as a total surprise. The challenges facing the institution have become commonplace in the past decade across the country, they say, especially its steady enrollment decline for the past two years. The drop in enrollment was increasing, growing despite various enrollment and retention marketing efforts and a new $100-million engineering program building.

Enrollment at UMES during Bell’s tenure peaked in 2015 at 4,465 students. For reasons that recruiting and institutional researchers are still trying to identify, enrollment slumped in the past two years to 3,492 students. UMES was also hit, as were its peer state-controlled institutions in Maryland and across the country, with declining public tax revenue support.

Projections did not suggest a reversal of the downward enrollment trend soon, nor were there any more rabbits in the hat to strike attention, like the new engineering program and new building. Two years ago, the university also lost accreditation of its physician’s assistant training program, an offering it had hoped would draw more students. 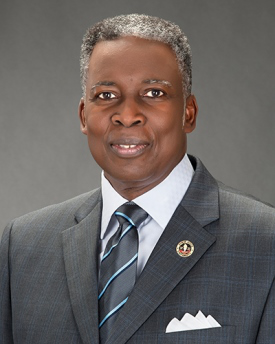 Meanwhile, on the personal front,  Bell was nearing retirement and her grandchildren were growing. She was also scheduled for another presidential review, a common practice in higher education where bosses and their bosses take stock of how the president is doing. At this stage, the evaluation is not a fixed process with a clear beginning and ending but is closer to a heart-to-heart assessment, higher education analysts say.

In her February announcement letter to the UMES community,  Bell noted the demands of her job and her desire to balance her life. “This in my time to renew, to rekindle my passions, and to spend quality time with family,” she said.

Colleagues of  Burnim say he is ready for the job, regardless of how long the “interim” assignment lasts, with one joking that he wasn’t really sure Burnim was ready to retire when he stepped down at Bowie State last year.

Burnim brings a wealth of current knowledge about the inner political workings and finances of Maryland’s higher education system, his colleagues note. He has established himself over the years with colleagues across the country. He also is  up to speed with the long federal court battle between alumni of the state’s four historically Black colleges and universities (HBCU’s) and the state university system about funding of the institutions. A federal judge in Baltimore earlier this year sustained the HBCU alumni claims of past unfairness in distribution of state funds to the system’s institutions and ordered the parties into mediation to resolve the matter. UMES would have a role in those negotiations.