Professor Broadens Research Beyond the Academy

Dr. Jerlando F.L. Jackson remembers attending a session on career trajectories for faculty at the annual conference of the Association for the Study of Higher Education early in his academic career.

“In that session, one of the papers focused on special professorships,” recalls Jackson, who paid close attention to the presenters because up until that moment, he had not heard of any such special distinctions above being a full professor. “However, on that day, I learned about the role and distinction of distinguished, endowed and university professorships. It was presented as the highest honor that a university could bestow on a faculty member. It became clear to me then that I needed to set my career goals on obtaining one of more of these distinctions.” 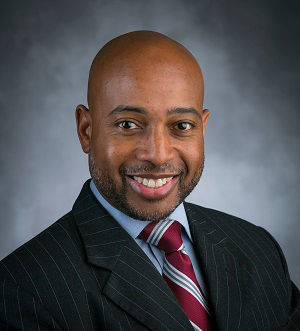 Seven years after Jackson began teaching at the University of Wisconsin-Madison as an assistant professor, he earned tenure in 2007, was promoted to full professor in 2011, and then was named a Vilas Distinguished Professor of Higher Education in 2012. Created by the Vilas Estate Trustees, the professorships are university-wide distinctions with approximately 30 recipients. Jackson was the first African-American to be selected for this high honor.

“I was very pleased that my department, School of Education, and university felt that my body of work, including my contributions on campus warranted the distinction,” says Jackson. “I quickly also learned that these distinctions come with responsibilities to take on important university service obligations.”

An expert on hiring practices, career mobility, workforce diversity and workplace discrimination in hiring education, Jackson has emerged as a national thought leader, authoring over 125 publications and a handful of books including Measuring Glass Ceiling Effects: Opportunities and Challenges and Strengthening the African-American Educational Pipeline: Informing Research, Policy and Practice.

A native of Ashburn, Ga., Jackson was the first in his family to attend college. As a music major who played in the drum and bugle corps, he earned his bachelor’s degree from the University of Southern Mississippi, a master’s from Auburn University and doctorate from Iowa State University. Over the course of his 18- year career in the professoriate, Jackson has spearheaded several national and international initiatives, including serving as the founding executive director of the Center for African-American Research and Policy (CAARP), a nonpartisan, independent, nonprofit research organization.

As an advocate and mentor to the next generation of emerging scholars, Jackson created the Asa G. Hilliard III and Barbara A. Sizemore Research Course on African-Americans and Education. The interdisciplinary course — which has been offered at the American Education Research Association’s annual meeting since 2007 — is a day-long seminar that spans higher education issues, K-12 education and multicultural education. More than 400 emerging scholars have participated in the course since its inception.

In 2010, Jackson founded the Wisconsin Equity and Inclusion Laboratory (Wei LAB) and serves as its director and chief research scientist. The externally funded lab is focused on designing, conducting and disseminating research that informs policymakers, practitioners, and concerned citizens on how to best promote equitable and inclusive learning and work environments in education in general, and higher education in particular.

In 2011, Jackson co-founded the International Colloquium on Black Males in Education. The international convening, which will take place in Dublin, Ireland next month, serves as a space to “exchange ideas and perspectives concerning the global dynamics of Black males in the educational pipeline.”

Jackson, who was the inaugural visiting senior scholar at the National Center for Institution Diversity (NCID) in 2008, says that he is encouraged by the number of African-Americans who have been recognized with endowed and distinguished professorships.

“The number of Black females and males gaining recognition for their research and university contributions is growing every year,” says Jackson, who has received about $13 million in external research funds, mostly from governmental agencies like the National Science Foundation, over the past 11 years. “It represents a small step in the right direction on behalf of institutions to recognize the work Black scholars are doing alongside their White counterparts.” Still, Jackson — who has delivered lectures at dozens of universities, including Harvard University, College of William and Mary, and Claremont Graduate School, cautions that these “outlier” experiences does not mean that the rest of Black scholars feel valued for their work.

Dr. Melvin C. Terrell, vice president emeritus at Northeastern Illinois University, says that Jackson’s ongoing research and scholarship has catapulted him to the top of his field.

“We’re extremely fortunate to have someone of Dr. Jackson’s caliber leading the commitment to advancing the quality of diversity in higher education,” says Terrell, who was the subject of Jackson’s new book called Advancing Equity and Diversity in Student Affairs, which honors and chronicles Terrell’s contributions to the field of student affairs. “He is a stellar scholar and has made a tremendous contribution to the field. He has built a strong reputation as one of the most respected scholars in the nation.”