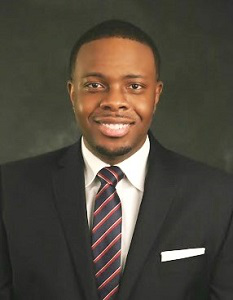 “I pursued the position because it was compelling for two reasons,” says Dancy, who was recognized as an “Emerging Scholar” by Diverse in 2014. “First, what the chair symbolizes mattered deeply,” says Dancy, adding that the chair honors the 43-year legacy of pioneer educator Dr. Helen S. Faison, who was Pittsburgh’s first Black woman high school principal and superintendent.

It is also the first fully endowed chair in the university’s School of Education.

“The position inspired me on a personal level as a fourth-generation professional educator who is the product of Black women teachers and principals,” says Dancy. “Second, the Center is a highly active research, teaching, and service unit which testifies to a solid foundation and infrastructure.”

Dancy says that he believes that his interdisciplinary research agenda, administrative experience leading projects in urban education and community engagement and teaching record will complement the Center’s faculty expertise.

“The Center for Urban Education is a challenging and highly active enterprise,” says Dancy, adding that the purpose of the center is to partner with communities to “produce knowledge, disseminate it to change agents, and to transform the current landscape of educational opportunities and experiences for the most marginalized and vulnerable populations.”

Dancy says that two of the Center’s most visible projects include a visiting scholar lecture series which hosts some of the nation’s most prominent scholars in the field and the CUE Summer Forum, which exposes local educators to theory and practice in culturally responsive pedagogy.

He says that being in Pittsburgh which “carries a fascinating and complex cultural history” will inform his research in new ways. But the move also signifies a shift for Dancy from higher education to urban education.

“For me, the significance is a broader way of thinking about my work and its implications,” he says.

Dancy’s scholarship, which focuses on race, gender and culture has won him widespread recognition in the field.

“I’m proud of the more recent scholarship that has signaled a turn in my thinking from reformist thought in education to more critical arguments and theory building,” says Dancy, adding that a recent article in Urban Education Journal used a theory of anti-Blackness to reinterpret labor and property on college campuses.

“I was proud of the result and how the piece became a part of conversations about current racialized and anti-Black climates in higher education.”

Dancy’s work on Black masculinity, in particular, has accelerated his career trajectory.

“I marvel that I have hit major academic markers — tenure, promotion to associate and promotion to full — in research universities much earlier than what is expected by only co-researching and co-publishing with Black scholars,” says Dancy, adding that he is not a scholar who has what some might consider an exceptional institutional pedigree.

“I am a graduate of a small HBCU in Arkansas and did not attend a ranked doctoral program in my field for the Ph.D.,” he says. “I think it is more rare to see scholars with my background in these kinds of endowed chairs. I’m proud that there is some recognition of me as a scholar who can think broadly about education and society.”

Dancy says that there are a few up-and-coming scholars whose research agendas he is watching. But “overall, I feel research on Black boys and men in education must use more responsible frameworks that, for instance, do not end up embracing respectability politics in research design as a way of trying to do what gets understood as non-deficit based research,” he says. “Usually this research tool looks like a tendency to endorse school and university aims to serve ‘exceptional’ Black people which can never ally movements that seek to educate the masses as a right.”

Dancy says that he also remains suspicious of studies on Black men that do not engage gender and patriarchy.

“Research design choices to represent Black people’s experiences with only men’s voices and without gender analysis reinforces notions that Black community needs are about men’s needs,” he says. “This obscures Black women’s voices.”

Dancy says that the academy must do a better job in ensuring that its faculty remain diverse.

“Sadly, I see very few meaningful efforts to undo the structures that shape the U.S. university as we know it. People of color, and Black people in particular, are largely missing from tenure-track and tenured faculty positions within historically White institutions,” he says. “Further, we know that the research that scholars of color produce, particularly when it is critical of colonial institutions tend to be dismissed and undervalued. Until institutions are willing to confront imbalances of power and resources, they will continue to perpetuate a certain kind of multiculturalism that still manages to harm the most vulnerable.”