Attending a race conference held at Princeton University was a pivotal moment for Dr. Andrew Rosa, as he discovered his true passion for teaching and interest in African-American studies.

Rosa attended the conference in 1994 during his final year as an undergraduate student at Hampshire College, where he was an English and history double major with an emphasis on the African-American experience.

Upon graduating from Hampshire, Rosa attended Temple University where he earned his master’s degree and then returned to New England where he was part of the second class to complete a newly formed Ph.D. program, at the time, in the W.E.B. Du Bois Department of Afro-American Studies at the University of Massachusetts-Amherst. 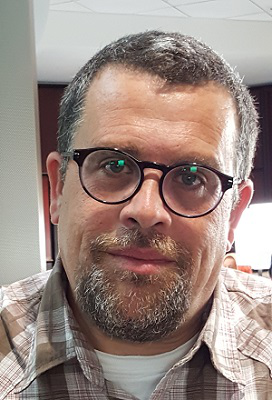 “As a grad student, I got to see and experience a wide spectrum of folk who were working in the field in African-American studies,” says Rosa, who is now an associate professor of History and African American Studies at Western Kentucky University (WKU). “From Afrocentric perspective to the more sort of radical left, nationalist and pan-Africanist perspective.”

After graduate school, Rosa became a faculty member at Oklahoma State University (OSU). He taught African-American history on the main campus in Stillwater as well as on the regional campus in Tulsa, which is about 100 miles away.

“My time was really spread thin traveling the highway to and from those two campuses,” says Rosa. “As the only African Americanist, it was a very time consuming but rewarding experience. I learned so much about the African-American experience in the lower mid-West that I would never have done, had I not spent my first years out of graduate school in that part of the country and that university.”

During his time at OSU, Rosa focused mostly on the events of the 1921 Tulsa Race Riot by organizing a film series and book readings. He also was part of an effort to create a memorial in Tulsa to commemorate the riots. The memorial was opened in 2011 on the site of the historic Greenwood district, where the riots took place.

“It was a really interesting experience,” says Rosa. “I got to really get a sense of that history, the history of race in Tulsa and the relationship of the African-American community historically to the larger Tulsa community.” After six years at OSU, Rosa was invited to join the faculty at WKU in order to help develop the African-American studies undergraduate minor program.

During his four years at WKU, Rosa has designed new courses with an Africana perspective in mind.

“My role at [WKU] was to really help build African-American studies and to develop it with eyes toward building it from a coherent minor into a coherent major with an international focus,” he says.

In order to further expand the African-American studies program at WKU, Rosa developed a study abroad opportunity for students in Trinidad and Tobago, introducing students to the Caribbean through the study of carnival and its music, costumes and the history behind it. He offers the two-week summer opportunity to a range of 16 to 24 students, many of whom have never left the United States.

For the past 10 years, Rosa has worked on researching and writing a biography about African-American scholar-activist St. Clair Drake. While working on the book, which is set to be published by the University of Georgia Press, Rosa traveled around the United States digging through archives and conducting interviews.

Rosa describes the book as a “mammoth project” because there has been no autobiography, memoir or biography previously written and published about Drake. The manuscript is due July 2019 and is projected to be published sometime in 2020.

Now, Rosa faces the biggest challenge of his career, “how to maintain student interest in interdisciplinary studies” as he believes that many public universities have experienced budget cuts and become more focused on the science, technology, engineering and mathematics (STEM) field.

“That’s the challenge,” says Rosa. “To remain relevant, to insist on the importance of these fields in a time of austerity. I think that’s the climate we are in now.”

In addition to wanting to see the African-American minor become a full major, Rosa also wants to publish several monographs of Drake’s that were never released during his lifetime.

Rosa credits students as being the best part of his career, thus far. In addition, he has enjoyed the connections he’s made through African-American studies.

“The satisfaction comes from students who really express an appreciation and the impactfulness of their learning experiences in terms of their own undergraduate experiences and subsequently their life choices,” says Rosa. “So it really does come from the students themselves who sit in the classroom, engage and who grow as a result of taking these classes.”

This article appeared in the September 20, 2018 edition of Diverse.