Brown University president Dr. Christina Paxson has announced it will rename one its most utilized buildings in the center of campus to Page-Robinson Hall, to honor Inman Edward Page and Ethel Tremaine Robinson, two of Brown’s first Black graduates. 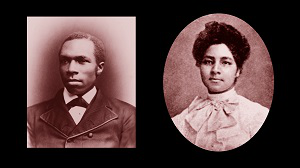 “Inman Page was born into slavery, sought liberty and opportunity and found them at Brown — and he saw the power of education to cultivate the innate ‘genius’ in everyone,” said Paxson. “Ethel Robinson broke a color barrier and a glass ceiling when she graduated from Brown in 1905. Together, these two pioneers embodied the faith in learning, knowledge and understanding that has animated Brown for generations.”

The building, currently named the J. Walter Wilson Building, serves as a center of classroom activity, teaching and learning, according to News from Brown.

James Walter Wilson was a biology professor at Brown for over 40 years and assisted his department in creating a national reputation for research and teaching. The renamed building will have a plaque inside to honor Wilson’s accomplishments at Brown.

University officials decided to rename the building to memorialize the hardships and accomplishments of its Black alumni and to acknowledge this year as being the 50 years since 1968, a controversial time in the Civil Rights Movement, with the assassination of Rev. Dr. Martin Luther King Jr., civil actions at universities and Black student walkouts.

The name change is set to take effect at the start of the university’s Spring 2019 semester.