Despite the ruling by U.S. District Court Judge Thomas W. Thrash, Jr. on Oct. 11 that affirmed the Southern Association of Colleges and Schools’ Commission on Colleges’ (SACSCOC) right to revoke Paine’s accreditation in 2016, Paine president Dr. Jerry L. Hardee has vowed to seek a new accrediting agency and appeal the court’s decision within 30 days. 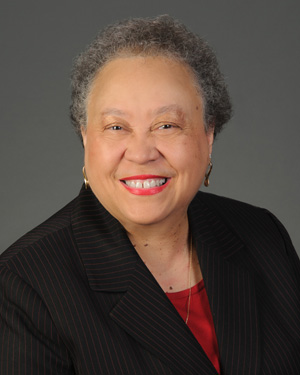 His goal is for Paine College to be accredited by both SACSCOC and the Transnational Association of Christian Colleges and Schools (TRACS).

Hardee added that, in two weeks, Paine officials plan to meet with a TRACS accreditation committee in Dallas, Texas to determine whether the college can proceed with its accreditation application.

TRACS awarded the college “applicant” status on August 1, and the status is effective for a period of five years, according to Helene Carter, assistant vice president of institutional advancement at Paine College.

“We’ve been pursuing this for quite some time,” Carter said. “This did not just start. This is not one of those reactionary things. We have been pursuing membership with Transnational Association of Christian Colleges and Schools now for about 18 months or more.”

Wheelan said that the court’s decision on Thursday means that Paine College is no longer accredited by the regional agency, pending finality of the judgement. However, the United Methodist Church-related institution has 30 days to appeal the decision to the District Court.

Paine’s accreditation woes stem back to 2012 when SACSCOC put the college on warning status, and then probationary status in 2014, due to financial mismanagement, which included not returning unused federal financial aid from students who withdrew, according to the Augusta Chronicle.

“That’s not just their issue,” Wheelan said. “A lot of the small privates have that issue. They have very small foundations that can’t bail them out, so they just kept getting deeper into debt.”

Paine College joins other small HBCUs, such as Morris Brown College and Knoxville College, who have sought to regain accreditation in the last few years. Leaders at Paine said they will continue to take proactive steps and measures to secure the college’s accreditation.