WASHINGTON – Institutional racism, White supremacy and anti-Black attitudes fuel underrepresentation of Black students on college and university campuses across the United States, with access a battle constantly being waged in legal courts and the court of public opinion, according to an academic who addressed the 58th annual meeting of the Council of Graduate Schools this week. 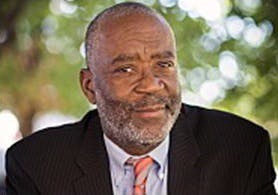 But there is hope because today’s students appear determined to hold institutions of higher learning to their promises to live up to their stated ideals regarding diversity and access, said Dr. Walter Allen, the Allan Murray Carter Professor of Higher Education and Distinguished Professor of Education, Sociology and African-American Studies at the University of California, Los Angeles.

“Anti-Black sentiments are major drivers in inequality, enrollment and degree completion in higher education,” Allen told the gathering’s 700 attendees from 13 nations and five continents at a plenary in an Omni Shoreham ballroom. The four-day conference, which features a wide range of speakers and sessions, concludes Saturday.

Allen’s prepared remarks Thursday morning, which centered on Black student degree enrollment and completion from 1976 to 2015, reflected his research background. He used data to reinforce his point that despite much diversity talk and some strong effort, key numbers remain dismal for Black students and overall progress is elusive.

Anti-affirmative action efforts are a factor in “severe” underrepresentation of Black undergraduate and graduate students at many colleges, particularly flagship schools, he said. The problem originates in continued segregation and subjugation of Blacks in broader society, as noted in the federal Kerner Commission report of 1968, and policies and practices in higher education perpetuate the problem, Allen said.

Black student underrepresentation can be better understood by considering critical race theory and legal context, Allen suggested. He cited research data about full-time Black student enrollment and completion at all levels of public higher education over a 40-year period in the 20 states with the largest numbers of Black residents. The numbers – always “stubbornly low,” he said – declined.

The drop in Black student representation “is not disconnected from the struggles within the courts of public opinion and the legal courts around Black access and whether it is interpreted as unfair to Whites or in other framings,” he said.

“It’s been a long historical process of legal contests of Black access to education in general and higher education particularly,” he added, citing seminal court rulings over the years regarding affirmative action. “A continuing process of litigation has characterized Black participation in higher education, and the courts have not always been helpful.”

Losses follow gains, leaving Black students across the educational spectrum finding a step forward followed by a step backward – thanks to barriers to access and success such as cost, hostile campus climates, implicit bias and anti-Blackness, Allen said

When flagship schools and others deemed high on the college food chain restrict admission of Black students, less-prestigious schools that emulate them follow suit. That, Allen said, combined with the growing numbers of non-Black students enrolling at HBCUs, further reduces access to higher education for Black students – resulting in a net loss of Black students overall.

“Once the rumor of Black inferiority is accepted, the schools up and down the ladder” curtail access for Black students, Allen said.

So, Black students are underrepresented at flagship schools while public schools that attract large proportions of Black students are underfunded. Those factors, along with laws, policies and customs, “uphold a racial caste system” that disadvantages Black students, Allen said. “Narratives of meritocracy and colorblindness and neutrality continue to be leveraged and used by those in dominant positions to defend their absolute right to exclude.”

But there is hope, Allen said. He sees it in programs at some schools that support access and equity for Black students, and in the ongoing commitment of HBCUs, BSIs and MSIs.

Past progress suggests that the problems plaguing Black student access and success in higher ed are not intractable, Allen said.

“Token progress of the sorts we’ve talked about, and any progress, are always welcomed,” he said. “But it has failed to help the wider set of qualified Black students who the track record shows, when we get those students in these institutions, they do well. They graduate. The point is that those institutions, the flagships, we have such resources, such track records, that when we commit to a student, we can graduate them. So the challenge becomes one of addressing systemic inequality of the sort that is tied to educational background and economics, but that is also tied to how we perceive and treat students.”

Given the decades spent wrestling with racial disparities and the work on diversity, equity and inclusion driven by many at the CGS meeting, Allen said, real change is possible sooner rather than later.

Gradualism “is not to be accepted and not to be taken as a convenient excuse for not pushing for dramatic change, because we are capable of dramatic change,” he said. “And it is necessary. Change is possible, and that becomes the beauty of higher education and education writ large.”

Dr. Nicquet Blake, senior associate dean for admissions and student affairs at University of Texas Health Science Center at San Antonio, said there’s an absolute link between Black student underrepresentation at the undergraduate level and the ability to recruit them in her roles as director of the Initiative on Maximizing Student Development (IMSD) program for graduate students in STEM fields and co-director of the Bridges to the Doctorate program in the Graduate School of Biomedical Sciences.

“We search far and wide to find students to come into these programs,” she said. “There are all kinds of barriers, both real and imagined, that these students encounter.”

Most are first-generation students who are smart but just don’t know how to navigate advanced-degree programs, she said.
“The students are talented, so it’s often small things – other things in the system – that are roadblocks that we help remove,” she said. “And we have been successful.”

Dr. Renita Miller, associate dean for Access, Diversity and Inclusion at the Graduate School of Princeton University, said Allen’s remarks caused her to think “more broadly about what is happening,” particularly his observations that not all Asian students support the highly publicized discrimination lawsuit against Harvard University.

She agreed with Allen’s assessment that there is hope for achieving equity in terms of access and success for Black college students. And the hope, she said, lies in teamwork.

“When you think about the setbacks to Black enrollment from different policies, you have to change things at a legislative level,” she said. “And there are things you can do in your own communities and universities as teachers and administrators to increase the pipeline. It’s going to take multiple people working in multiple ways, and working together at all levels.”