“Those who profess to favor freedom and yet deprecate agitation are men who want crops without plowing up the ground.”

Abolitionist journalist and orator Frederick Douglass spoke those profound words as part of his iconic “West India Emancipation” speech in 1857. Douglass devoted his life to fighting slavery and racism through his speeches and antislavery newspaper, The North Star.

Beginning next month, an updated North Star, founded by activist journalist Shaun King and edited by noted scholar Dr. Keisha Blain, will emerge online with content created by progressives seeking to agitate for justice in the spirit of Douglass and the movement he inspired. 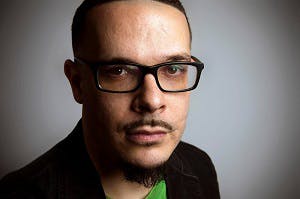 The content will “function as an important tool for activists,” Blain told Diverse in a recent interview after King announced her appointment as editor.

“We’re thinking of it as a great resource for anyone committed to social justice,” Blain said. “What’s important is that we’re going to take a very strong stance and not be afraid to take a position — just like the original North Star we will encourage writers to speak boldly against the injustices that they see.”

In announcing plans for the launch, King said on Medium.com: “We live in a deeply problematic time; 172 years ago, in another deeply problematic time, with the systemic evil of slavery still in full force in the United States, an abolitionist newspaper was started by Frederick Douglass and Dr. Martin Delany to fight back and tell the whole truth about the world as they knew it.”

Douglass’ paper was named to reflect the guidance of the celestial North Star in leading enslaved Black people out of the South to freedom.

King pointed out that the original publishers “knew they needed a newspaper that represented the cause of liberation with urgency, clarity, heart, and soul,” and he added, “we need that right now.” 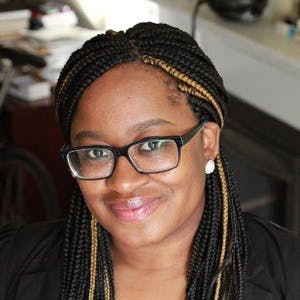 King views Blain, a nationally known scholar and historian, as the ideal person to take the helm as editor. An assistant professor of history at the University of Pittsburgh, she specializes in African-American history, the modern African diaspora and women’s and gender studies. Her research has included Black internationalism and global feminism.

Her latest book, Set the World on Fire: Black Nationalist Women and the Global Struggle for Freedom has received notable praise.

Blain envisions The North Star as “being able to fill an important void,” covering a wide range of social justice issues from civil rights, police brutality and mass incarceration, to international development. Although she uses the term “newspaper,” she is quick to point out, “This particular initiative is really a media company that will have not only written content but podcasts and videos.” A mobile app is also being developed.

She also said it will be advocacy-based. As an example, she explained that the journalists won’t be interviewing racists and neo-Nazis about events such as Charlottesville to get their side of the story.

“I am so happy to see these younger scholars using the online environment for publication — it’s wonderful,” said Dr. Elizabeth Clark-Lewis, Howard University professor of history and director of the Public History Program. Clark-Lewis said she is aware of previous efforts to reboot the North Star, but they were print publications that ceased publishing due to a lack of circulation. “I remember two that were very well done, but they were short-lived,” Clark-Lewis said, adding that this latest launch “seems perfect as an important part of the continuum that allows African American voices to be heard using a digital format.”

King stressed that it was “extremely important” for him to contact Douglass family members to seek “their counsel, advice and blessing and they’ve been incredibly supportive.”

King has been active on the development side of the venture. On Nov. 1, he and co-founder Benjamin Dixon announced the site BuildingTheNorthStar.com , where a membership drive was set up with a goal of having 25,000 paid members by the end of 2018. Now he says that date is Feb. 14, the actual launch date. As of this week, King told Diverse, “We’re very proud of where we are. We have over 16,00 people who are monthly backers on every level from $5 and $10 to $100 and even $1,000 a month. It’s made a world of difference.”

He said the crowdfunding revenue picked up in recent weeks, particularly following an interview on NPR about the endeavor, allowing them to start hiring for about 12 staff positions.

“We’ve worked hard,” said King, describing the long hours. “Fundraising is really difficult.” But as Douglass famously stated, “If there is no struggle, there is no progress.”