A recent study funded by the National Science Foundation, found that Black and Asian undergraduate college students are negatively affected by stereotypes and labels within their science, technology, engineering and mathematics (STEM) academic environments.

Originally, McGee planned on focusing solely on Black student’s experience in the STEM collegiate field. However, she found that Black and Asian students both compete with their own set of stereotypes, on opposite ends of the spectrum, to obtain success.

“They both feel like they have to work twice as hard,” said McGee, who is an associate professor of education of diversity and urban schooling at Vanderbilt University. “They both do things that challenge their mental and physical well-being. They both are mindful of how and the ways in which they study and a host of other good interactions they have with faculty members. So there are some similarities in terms of how they deal with being stereotyped even though the material outcomes are different.” 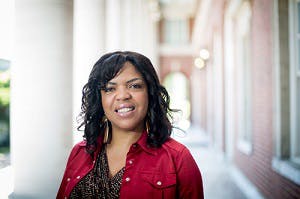 McGee found that Black students were stereotyped as being “intellectually inferior” to their peers. In her interviews with Black students, many revealed that they felt as though their classmates expected them to fail.

“I can’t win,” said participant ‘Chris’ in his interview with McGee. “If I don’t study, I’m just proving to the class that I shouldn’t be here. If I do study — and when we study, we succeed — I get the highest grade in the class and I’m either one of two things: a cheater or a genius. Nobody acknowledges my hard work and my right to be there, whether I get some good grades or fail.”

On the other hand, Asian students are facing an increased pressure to sustain the stereotype of being “intellectually superior” and the “model minority.” According to McGee’s interviews, many Asian students felt like failures if they did not uphold their high-achieving stereotype.

“I think with all these stereotypes, it’s hard to really be yourself, to be happy and be unique in this world because, you know, there’s so much pressure,” said participant ‘Chao Fah’ in his interview with McGee. “My classmates already have preconceived judgments of who I am and what I think, that’s just not fair.”

According to the report, the terms “Black genius” and “Asian fail” are often used in classrooms. The racialized terms cause physical and emotional harm to the two racially-targeted groups of students.

McGee believes that universities have to be the ones to make systematic change.

“Studies show that diverse groups innovate more, do better, do well together, are more cohesive and create more innovative and culturally appropriate products,” said McGee. “It shouldn’t be a hard sell so I think with this research, we can try to make a case to change the culture.”

In terms of future plans, McGee will expand upon her current research and compare non-STEM and STEM student’s racialized experiences. She predicts that STEM culture will negatively affect students of color more than if they were part of a non-STEM environment.

“If I find differences between how STEM students are racialized versus non-STEM, it could signal more of a push to actually change the culture and not either change the students or equip the students to deal with their racism,” said McGee.