Grambling State University: Where Students Are CELEBRATED, Not Tolerated

About 5 years ago, researchers studying historically Black colleges and universities (HBCUs) concluded that enrollment among Black students at these institutions was on the decline. In fact, a report released by the Center for Minority Serving Institutions (CMSI) at the University of Pennsylvania revealed that since the 1980s, the number of Black students enrolling at HBCUs had steadily decreased while the population of non-Black students gradually increased. Subsequently, with the election of Donald J. Trump as the 45th President of the United States in 2016, reports from an array of sources, posited that HBCUs were experiencing an enrollment renaissance. HBCUs started to see increases in enrollment as more Black students began selecting these institutions for their postsecondary education. Anecdotal evidence suggested that the increase was a result of the “Missouri Effect,” a term coined by Dillard University president, Dr. Walter Kimbrough. The Missouri Effect symbolizes the blatant and unapologetic forms of racism and hate crimes that students of color have been subjected to at the University of Missouri and other predominantly White institutions (PWIs) as a result of Trump’s racialized discourse during his campaign and presidency. 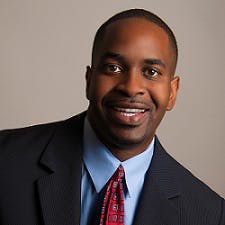 Prompted by this, my colleague, Dr. Janelle L. Williams, a visiting scholar at CMSI and I received a grant from the National Association for Orientation, Transition, and Retention in Higher Education as well as additional financial support from CMSI to understand if and to what extent, that any of the phenomenon of the Missouri Effect was having an effect on HBCU enrollment. There are plans to visit more HBCUs, though at this juncture of the study, we visited the campuses of three HBCUs that are vastly different from each other and interviewed at least twenty students — freshmen and sophomores — per campus. We specifically focused on those students because they were in the college search phase during Trump’s ascendency to the national political stage. Grambling State University was one of the institutions we visited and we were fortunate to engage Rick Gallott, the current president of the institution, in a conversation about Grambling’s increasing enrollment. During the 2014-2015 academic year, Grambling enrolled approximately 4,504 students. Since 2016, the number of enrollment applications Grambling has received grew from 7,851 in 2016 to 8,446 in 2018. Today, the rural campus enrolls roughly 5,205 students. President Gallott attributed Grambling’s increase in enrollment to three factors — alumni aiding in recruitment, current racial climate under President Trump, and unique academic programming at Grambling.

In detail, President Gallot explained that Grambling’s alumni were playing an active role in the school’s recruitment efforts, which has resulted in increased enrollment among students. For example, he shared:

“We are seeing a renewed interest, excitement and energy around Grambling again and so our alums have been engaged at all levels. Our alum are even going to college fairs across the country. I received an email from an alum who is in Anchorage, Alaska asking us to send information for a college fair that’s coming up. This gives great personalized exposure of our University to some who might not immediately consider Grambling as a choice.”

President Gallot’s discussion about the critical role that alumni are playing in Grambling’s recruitment process is noteworthy for several reasons. First, when we read about alumni giving back to an institution, particularly HBCUs, often highlighted in the literature is the need for graduates to give back financially. However, time can be as beneficial if not more as money. A 2018 report recommended that HBCUs consider this as a recruitment strategy. Further, we just witnessed the power of alumni and others coalescing around a common goal to support Bennett College financially, what if this principle was applied to recruitment? President Gallot’s comment recognizes that alumni can give back to an HBCU in varied ways. Second, HBCU literature also notes challenges or dissatisfaction that HBCU alumni have with customer services on campus. While we do not have knowledge about the alumni experience of students at Grambling, from President Gallot’s interview, we do know that there is a strong sense of pride and enthusiasm among alumni, aka #GRAMFAM and a commitment to ensure that the institution is not just surviving, but flourishing. 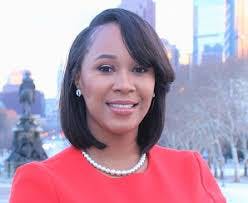 Another factor that President Gallot attributed to Grambling’s enrollment surge was the increase in hate crimes in 2016 across PWIs. In the 10 days following the election of Trump, 140 hate incidents were reported at predominately White campuses across the country. According to the U.S. Department of Education, campus hate crime rose 25 percent for a reported total of 1,250 crimes in 2016. The Anti-Defamation League’s Center on Extremism also reported 346 incidents of White supremacist propaganda campaigns that targeted college campuses, following the election. Taken together, this backdrop may have impacted the college choices of Black college-going students in 2016 and still today. Gallot shared his thoughts stating:

“And then not to mention this whole Trump era has brought back racial divisions we thought were healed, Trump has pulled the scab back off. Grambling is a safe space for our kids. One of my fraternity brothers, a Grambling grad, has a son who goes to Yale that had a gun pulled on him by university police as he entered the library. Imagine this Black kid, a student, going to the library, and having a gun pulled on him. That is the current atmosphere that’s out there. And I tell students and parents, when I’m out recruiting, you’re not going to have a gun pulled on you by university police for going to the library at Grambling, it’s just not going to happen. So I think safety concerns during this Trump era is also fueling HBCUs to see an increase in enrollments. Our kids know and feel like Grambling and other HBCUs is somewhere that they’re celebrated not tolerated. And I think that has really made a difference.”

At the very minimum, a bachelor’s degree is a 4-year commitment, and as President Gallot articulated, students want to belong to an inclusive, non-hostile community, campus and institution where they are “celebrated and not tolerated,” while receiving a high-quality education. Spending four years in a hostile environment can be emotionally challenging, psychologically draining and counterproductive to a learning environment. Grambling State University truly embodies this, their motto “Where everybody is somebody!” from students, to staff, to faculty and administrators ─ Grambling truly makes everyone feel welcome ─ regardless of race, nationality, sexual identity or religious affiliation. Lastly, president Gallot spoke to the unique positioning and academic programs housed at the institution, including 40 distinct undergraduate and graduate programs. A new undergraduate program is on schedule to be released in the fall of 2019.

Regardless of the reason for the enrollment renaissance, HBCUs, including Grambling State University, are now in a position to capitalize on the increased enrollments to showcase on a national stage with a contemporary context, the many positive features of these great institutions to new students, and the next generation of HBCU graduates.

Dr. Robert T. Palmer is chair and associate professor for the Department of Educational Leadership and Policy Studies in the School of Education at Howard University.

Dr. Janelle L. Williams is the assistant director for Health Policy at The University of the Sciences in Philadelphia and a visiting scholar at the Penn Center for Minority Serving Institutions. In addition, she currently serves on the Board of Directors for the Cheyney University Foundation.