Native, Black, Latino Students Most Likely to Pay for College Themselves

Nearly three in 10 college students in America are solely responsible for paying for all of their higher education costs, and that number is highest by far among Native American, Black and Hispanic/Latino college students, according to a study by LendEDU.

“Are you responsible for paying for college?” was the question posed to current undergraduate students at more than 200 colleges and universities in all 50 states. 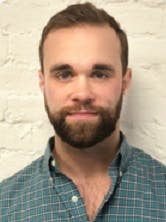 Using College Pulse data that included more than 13,500 responses, Mike Brown, a research analyst for the online marketplace for financial services, found that:

•Overall, 32 percent of students have no responsibility in paying for college, while 39 percent pay for some of it, and 29 percent are responsible for all of it.

•At 36 percent, Native American students reported the highest rate of personally paying for all of their college education, with Black and Hispanic/Latino students at 32 percent each. Asian and Middle Eastern students were the lowest at 18 percent each, and White students at 30 percent.

•In terms of where students come from, 51 percent of international students have no responsibility in paying for college. The next highest was 35 percent of students from the Northeast. The lowest was 24 percent from the Midwest, which also had the highest percentage of students paying for all of their education at 35 percent, ahead of the West, South and other two regions.

Brown told Diverse that the findings based on race may be “the most revealing.”

“What can we learn from this? I think college administrators can approach students at points differently according to their financial situation,” he said.

Students in some groups “rarely have a chance to go to college without having to pay,” he added, and schools “should consider that in the application and financial aid process. Maybe be more generous when distributing grants and scholarships to students who come from more difficult backgrounds.”

Given the financial burden many students bear paying for college, schools should be intentional about financial support that helps students not just gain access, but persist, said Brown.

“Across the board, education administrators need to look at these stats,” said Brown. “Not just college, but high school, too, because you can determine resources and an ability to afford college that early. Guidance counselors can help plan. Some of these students don’t know, and financial aid literacy in high school would help.”

Dina Horwedel, director of public education for the American Indian College Fund, said the findings by race were not surprising.

“Because of our students’ socioeconomic background – more than half live in poverty, according to the most recent U.S. Census Bureau numbers – parents often cannot afford to pay for their students’ tuition,” she said.

That truth is reflected in the fact that 87 percent of students attending tribal colleges in 2015 were receiving Pell Grants, according to data from the American Indian Higher Education Consortium, she noted.

“Those circumstances may be what we see reflected in college degree attainment rates, with 14 percent of Native Americans 25 and older having a college degree, as compared to other groups with a rate that is more than double that. … Most of our tribal colleges do keep their tuition artificially low so that their students can afford a higher education.”

The study’s findings explain why the role of the Thurgood Marshall College Fund in providing grants and scholarships is so critical, said president and CEO Dr. Harry L. Williams.

“Statistics reflect that, on average, people of color, including African-Americans, have less disposable income and less savings, which naturally translates into having less discretionary dollars available to pay for the cost of a college education out-of-pocket, as opposed to having to take out student loans,” said Williams.

He added that the need for Black students to borrow to pay for their education “is to a large degree a byproduct of the considerable wealth gap in our country. That gap could be a major factor as to why our students are incurring more student loan debt than their majority counterparts across the board.”