While federal lawmakers often face criticism for their failure to work together across party lines, they have drawn praise for introducing legislation that would extend funding for minority serving institutions under Title III and allocate about $100 million. 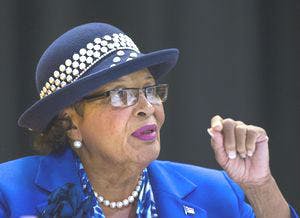 The bipartisan and bicameral Fostering Undergraduate Talent by Unlocking Resources for Education Act, or FUTURE Act, would continue mandatory funding to historically Black colleges and universities (HBCUs), Hispanic serving institutions (HSIs) and other MSIs beyond the 2019 fiscal year to fiscal year 2021. It is part of Title III of the Higher Education Act of 1965, specifically the mandatory Part F Strengthening Historically Black Colleges and Universities and other Minority-Serving Institutions program that provides additional federal dollars to HBCUs with a priority on instructional programs in STEM and other high-demand fields.

Leaders of advocacy organizations that have made renewal of the funding during the current Congress a top priority issued statements praising the May 2 introduction of the legislation in the House of Representatives and the Senate.

“We greatly appreciate such strong support to ensure HBCUs and MSIs continue their viability,” said Dr. Michael L. Lomax, president and CEO of the United Negro College Fund. “They are a needed, high-achieving component of our national higher education system.”

“One of our main legislative priorities for 2019 was finding a bipartisan funding solution preventing these mandatory Title III dollars from expiring in September,” said Williams. “We are grateful to our advocates in the Bipartisan HBCU Caucus for once-again stepping up and demonstrating their commitment to HBCUs and students.” 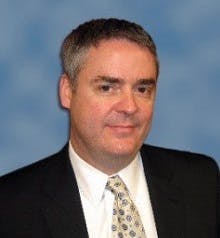 Provisions of the FUTURE Act include $85 million based on existing formula funding, and $15 million for a competitive program for eligible schools to receive grants up to $600,000.

At the Hispanic Association of Colleges and Universities, which has posted a countdown clock online, there was delight with the legislation introduction and the fact that it is independent of reauthorization of the HEA, which is highly unlikely to pass by Sept. 30, said Luis Maldonado, HACU’s chief advocacy officer.

“The introduction of the companion bills demonstrates the importance and the recognition that this funding is vital for all cohorts of institutions,” he told Diverse. “We also recognize that the funds are only for two years, but they accomplish the most important thing, which is extending the authority of the program.”

The legislative effort also is interracial, as Jones and Walker are White and Scott and Adams are Black.

Although MSIs educate more than one-fourth of all undergraduate students in the United States, they “have historically been at a disadvantage when it comes to federal resources,” noted Adams.

“As a two-time HBCU graduate and former HBCU professor,” she added in a statement, “I know firsthand how valuable HBCUs and all minority-serving institutions are. By ensuring we are funding HBCUs and other MSIs, we are allowing these vital institutions to continue their work in providing opportunities for students from disadvantaged backgrounds.”

Noting that 14 HBCUs call Alabama home, Jones said that such historic schools “serve as a gateway to the middle class for many first-generation, low-income and minority Americans. Our HBCUs have continued to achieve remarkable accomplishments despite many facing financial challenges.”

Lauding the eight HBCUs in his state of South Carolina, Scott said in a statement that they “have made a significant impact in our communities, creating thousands of jobs, which translates to over $5 billion in lifetime earnings for their graduates.”

“I am proud to help lead this effort and continue building on our success advocating for minority-serving institutions by expanding our commitment to HBCUs and the nearly 300,000 students they serve,” he said in a statement.