Sisters of the Academy: A ‘Hidden Gem’ for Black Women in Higher Education

Nearly 20 years ago at Florida State University, a tight-knit group of Black women doctoral students and early career professionals came together to form what would become the organization Sisters of the Academy (SOTA), a space dedicated to facilitating the overall success of Black women in higher education.

Today, that community and network of support that the women created has continued to serve as a welcoming and safe place for Black women who would otherwise feel isolated as “the only one” in their academic space, said Dr. Rheeda Walker, associate professor in the Department of Psychology at the University of Houston and an original SOTA founder.

“It is very challenging to achieve any success without community and relationship,” Walker said. “Once networks are established, women affiliated with SOTA can begin to identify shared research interests and opportunities for collaboration.” 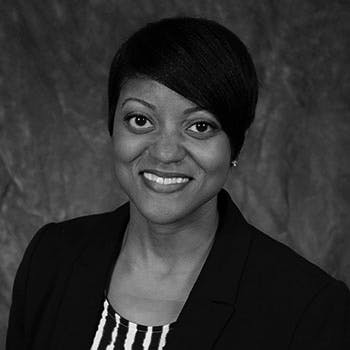 Moreover, SOTA’s programming and services prepares Black women to “meet the expectations of the academy while holding true to their professional and personal values,” Walker said.

The ‘pipeline in action’

SOTA members can take advantage of the professional development and mentorship opportunities offered by the organization by attending programs including the signature Research BootCamp, the Writing Clinic and Retreat, the Intensive Grantsmanship Workshop or the “Priming the Pipeline” program for up-and-coming Black women scholars.

The Research BootCamp was formed out of a need for a space for Black women to come together as scholars and in a context “whereby the research methods – whether they be qualitative or quantitative – made sense for our scholarship and not in a context where we would struggle to be heard,” Walker said.

“Too often, scholars apply a ‘deficit’ or ‘inferiority’ model to the reality of Black people. In other cases, researchers assume that models can be applied to Black people though without speaking directly to our reality,” she says.

For doctoral students at the dissertation stage and pre-tenure junior scholars, particularly, the bootcamp also helps them understand and “demystify” both the dissertation and tenure and promotion processes, said Dr. Tamara Bertrand Jones, an original SOTA founder and past president.

“We found that demystifying that process was so helpful for women because the dissertation phase is where people give up,” she said. “This is where they leave the academy and don’t finish their degree.”

But SOTA leaders don’t just feed information to the scholars; they empower them to apply what they learn by providing time to work on their dissertation drafts, tenure and promotion statements or manuscripts for publication during the bootcamp.

This was the case with the grant writing workshop that took place in August 2018 as well. Officers from federal agencies and foundations provided guidance and feedback to SOTA members who developed actual funding proposals.

“We don’t just talk at you and you don’t just attend sessions, but you’re actually working,” said Jones, an associate professor of higher education, interim chair of the Department of Educational Leadership & Policy Studies and associate director of the Center for Postsecondary Success at Florida State University (FSU).

Black undergraduate women can become involved in SOTA through the “Priming the Pipeline” program, an initiative that grew out of several SOTA sisters’ project, the KEMET Academy, at Auburn University.

“We thought that connecting undergraduate sisters with the sisters that were at the Research Bootcamp or at other SOTA events was a perfect way to improve or prime that pipeline so that they actually get a chance to talk to sisters who are pursuing doctorates or who have them so that they could see that these people were real and they could see that this was a real possibility for them,” Jones shared. It similarly provides an opportunity to develop mentoring relationships.

Over the last few years, the “Priming the Pipeline” program has been connected to the Research Bootcamp so that, while the bootcamp is going on, the undergraduate women similarly go through their own curriculum focused on leadership and social change so that they are able to see and think of ways that they would like to make a difference in their communities and lives.

“It’s a beautiful sight because you’re able to see the undergraduate women all the way up to the senior scholars, who are women that have reached some professional heights,” Jones said. “It is literally the pipeline in action.”

In all of this work, SOTA takes a holistic approach in supporting Black women, focusing on their mind, body and spirit.

Jones says that once women understand who they are at their core, the ways that they feed mind, body and spirit, and understand that the professional work they do is an extension of this mind-body-spirit connection, it can be transformative.

“We realized that that increases productivity,” said Jones. “That helps you to do more meaningful work – to be more engaged in the work that you’re doing, to do more impactful work instead of being so fragmented and having to feel as though you have to behave or operate in this way that may be incongruent with how you see yourself.”

Jones said there have been countless times where women who attend SOTA events or activities say, “‘Wow! I feel welcomed in this space; I feel safe in this space and I don’t even know y’all.’ ‘I feel that I can let my hair down. I can remove that mask.’”

To have these counter-spaces is valuable, Walker noted, because the representation of Black women in academic circles permits them to focus less on the challenges they have to overcome to be heard, and instead, allows them to focus on important scholarship that advances their communities.

“Unfortunately, many Black women in academia find that it is challenging to support the community while fighting to convince others that our scholarship has merit,” she said. “It is a long-held and ongoing struggle for visibility.”

Around the time that SOTA emerged as an organization in 2001, co-editors Dr. Anna L. Green – a SOTA founder – and Dr. Reitumetse Mabokela had just released Sisters of the Academy: Emergent Black Women Scholars in Higher Education, a compilation of the experiences of Black women in the academy, Jones says.

For Sophia Rahming, a doctoral candidate in the Higher Education program at Florida State University and a graduate research assistant in FSU’s Center for Postsecondary Success, it is important to be in a space like SOTA that is dedicated to the success and support of Black women students, junior and senior scholars and administrators. This is crucial because, as Black women in the academy, she said, it can often be a solitary experience – even as students. 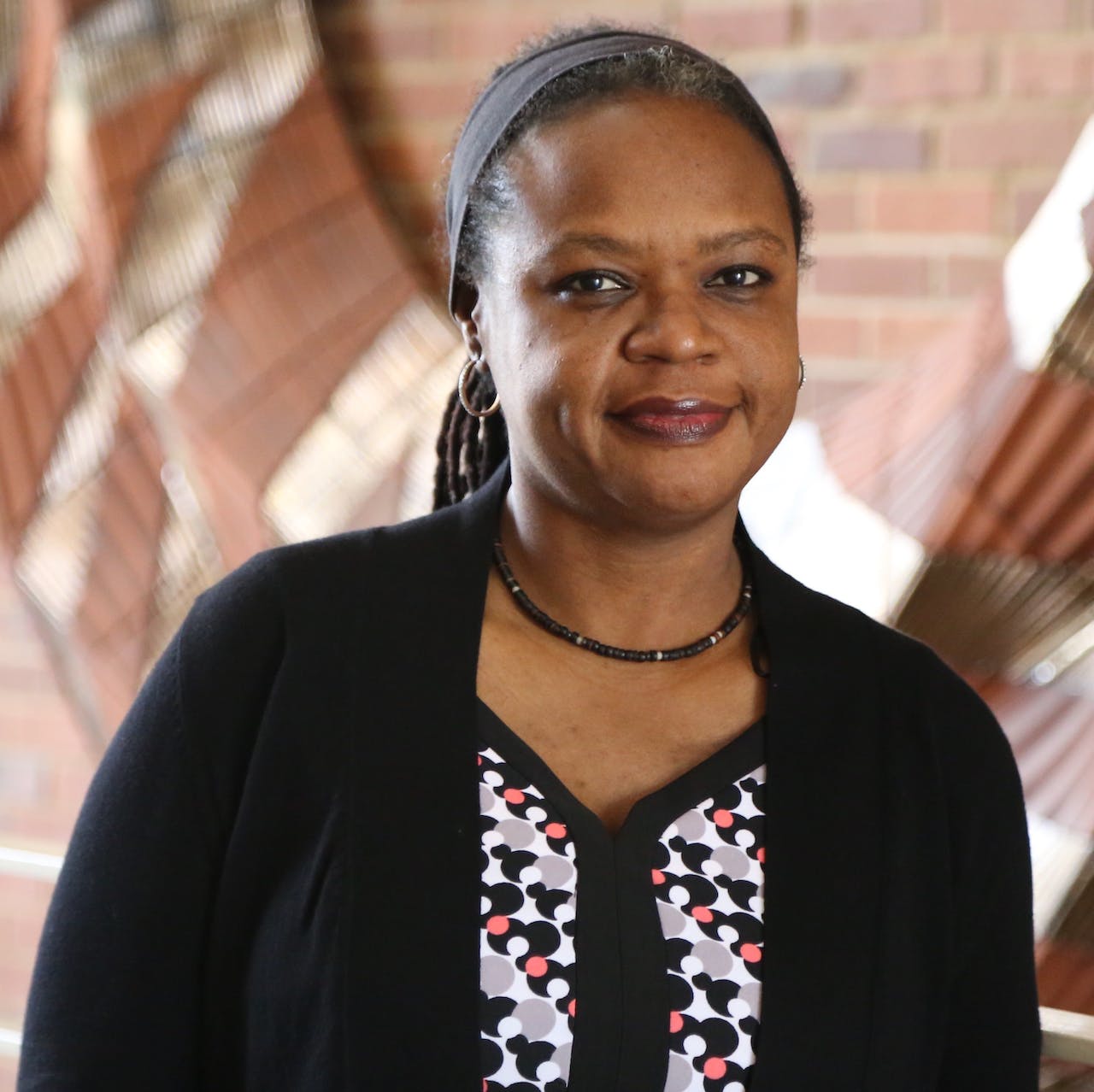 “We’re no longer alone,” Rahming said of becoming involved with SOTA. “You know that being in the academy is doable, that success is possible because you see it right in front of you.”

The mentors that Rahming have worked with through SOTA have supported her as she worked on her dissertation proposal. Her dissertation aims to investigate science identity construction in Afro-Caribbean women pursuing undergraduate STEM education at research-intensive institutions across the United States.

Rahming’s SOTA mentors also consistently note the importance of taking care of her mind, body and spirit and they remind the scholar of her responsibility not only to her ancestors, but her future students – Black women and Black men – “who are waiting on us to finish what we’re doing so that we could be there to help them and teach them in the future,” she added.

“For me, that synergy of body, mind, spirit… speaking to me about my responsibility as a Black woman, and that presentation of Black excellence, that was the important part of SOTA,” she said.

She looks forward to attending this summer’s Research Bootcamp where she will reconnect with the Black women scholars she met last year and also forge new connections.

In essence, one can liken SOTA’s network to the notion of six degrees of separation in the academy, especially for Black scholars and Black women scholars, Jones said.

To Jones, “a wider network is a better network” in the sense that SOTA sisters are connected to everybody else’s network through their relationships with each other. A broader network of peers and mentors to collaborate with is helpful for bouncing ideas off one another, sharing various research project ideas that may be interdisciplinary or providing resources to support a project, she said.

It “exposes us to other ideas and other disciplines that enrich our work in ways that…just by staying closeted within your own discipline, you miss that actually, there are equity conversations across all of the disciplines,” Jones said.

“Taking those ideas and being able to apply them to your own work has strengthened my work,” added Jones, who says she grew up in SOTA with sisters who always encouraged her, critiqued her work and made sure she was prepared in ways that some of her other mentors or advisers were not. “The ways that my work has advanced and grown and gotten deeper have been because of the constant challenge, the constant interrogation of what it means to be Black, what it means to be a Black women in the academy.”

At the University of Houston, Walker says the relationships she developed in the early years of SOTA will always stay with her, especially as she is the only Black women professor in the Department of Psychology at her university.

“In many ways, I think we inspired one another as we aspired to obtain the highest degree in the land in addition to providing much needed support in spaces that were otherwise quite isolating,” she said.

And for Rahming – who is expected to earn her Ph.D. in 2019 – her involvement in SOTA has served as a “shortcut” to navigating the unspoken rules of the academy because she and others are learning from senior Black women faculty and administrators who have experienced the same things.

“There are secrets to this life that no one tells you about,” Rahming said. “It is only your sister who is invested in you, who loves you, who is going to say, ‘Let me teach you. I’m going to show you how to navigate this. … And then when you know it, turn around and sow it into [someone] behind you.’”

“And that’s what SOTA does if you allow it to,” she said.

This article appeared in the July 11, 35th anniversary issue of Diverse.