PRAIRIE VIEW, Texas – Ninety percent of African-American males and 88 percent of Latino males in Texas have not earned a certificate or degree, said Dr. Luis Ponjuan, an associate professor of educational administration and human resource development at Texas A&M University. 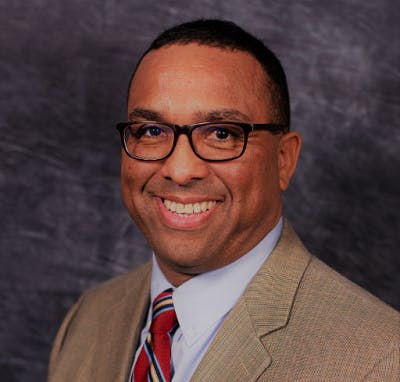 “That’s nine out of 10 Brown and Black boys,” Ponjuan emphasized during a keynote address Monday on the first day of the two-day Summit on Improving the Outcomes of African American and Latinx Male Youth at Prairie View A&M University.

“We are looking for data for discussion, not distractions,” he said. “We will not improve overnight and we must embrace a collaborative long-term solution; we must focus on that.”

During the summit, organized by the Texas Juvenile Crime Prevention Center and PVAMU’s Minority Achievement Creativity and High Ability (MACH-III) Center, more than a dozen local organizations and volunteers spoke of the support they give via mentoring and educational events for male students of color in the Greater Houston area and beyond.

In his remarks to them, Ponjuan also touched on an educational system that he said does not know what to do with this population of students.

“Compare that to their invisible traits such as language comprehension, religion, sexual orientation, if they are a father or caregiver, their financial stress and learning and mental health concerns. 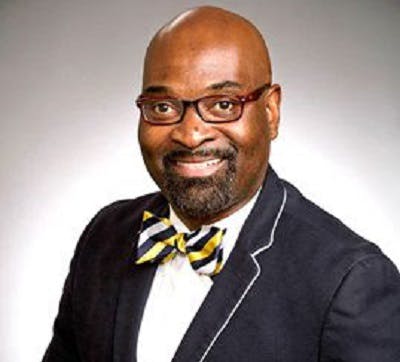 “How are we listening to their needs?” Ponjuan asked more than 80 speakers and other guests in attendance. “Who drops out? If you had 1,000 men of color enrolled in college for a semester, 600 of them would drop out. We are losing men of color after the first semester. We can’t have a discussion about degree completion until we have a discussion about semester completion.”

Dr. Fred A. Bonner II, an endowed professor and executive director of the MACH-III Center at PVAMU who does scholarly research on Black male achievement, closed the day with a keynote address, noting that society sometimes punishes males of color for their giftedness.

“Some of the most gifted people on the planet are behind bars. In some cases, it was their gifts that got them there,” Bonner said, noting that some Black and Brown males take on issues of masculinity in education and will deny their educational brilliance for the sake of appearance.

“It’s called dis-identification. Being smart sometimes does not play well on the basketball court,” Bonner said.

Dr. Ricardo R. Venegas, a transition facilitator in Texas’ Austin Independent School District, said he has worked with this population of males for many years.

“I have seen some of the brightest students in this group,” he said. “The only difference is how they achieve those goals. Some are praised for it and receive accolades, while others are castigated for it.”