Blackness in the Academy: Who Owns the Truth?

My life in academe has been dedicated to advancing a counter narration of what we believe and perceive about minority populations, particularly Black males in the context of P-20 education settings. And, what has both propelled and undergirded my scholarly assent has been the training I received some decades ago in both my undergraduate and graduate school experiences. Perhaps the most decisive impact on my career trajectory as a scholar were the lessons I received from my dissertation chair, James Swartz — an affable man whose infectious laugh, love for jazz and qualitative research acumen held my full attention across the doctoral program experience. 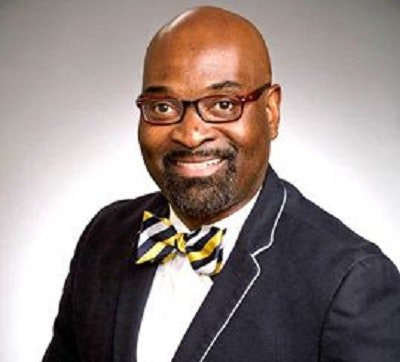 What I found as “grist for my academic mill” were his lectures about truth, truth value and keeping it real. He often emphasized the fact that as qualitative researchers, it was imperative that we understood we walk around with a lowercase “t”— our version of ‘t’ruth. According to him, we often encounter problems in the research process when we swap out the lowercase ‘t’ for an uppercase ‘T’ with the assumption being that ours is the only version of truth worth considering.

Inasmuch as the purpose of this editorial is not to ramble on about qualitative research, let me quickly foreground my intent, which is to tether key past graduate school teachings that have not only continued to influence me in profound ways, but have also taught me about my Blackness, particularly as it intersects with notions of identity, representation and truth. Three conceptual and theoretical frames Professor Swartz shared in his lecture on truth left an indelible mark on my brain, especially as it related to my experiences as a Black male who was embarking on a life in higher education that would focus on the success of academically gifted Black males. I present a few of these conceptual and theoretical frames in turn, and offer an aside that unpacks each in ways that reveal how they are operationalized in practical and “real world” contexts.

An Aside: All too often, the academy privileges the voice of the “other” to talk about the experiences of marginalized populations in ways that move perilously beyond the positionality as casual observer, but to a vantage point in which these individuals are lauded as experts. It is not my intent to convey that only members of the same class can offer informed ideas and opinions as well as conduct novel research; however, it is my contention that to “speak outside of your skin” as Professor James Swartz would provide in his cautionary tales to us novice researchers to not color too far outside of the identity lines when speaking about contexts (people, places, and things) that were not our ‘cultural’ own.

Sapir-Whorf Hypothesis: The Sapir Whorf Hypothesis states that there are certain thoughts of an individual in one language that cannot be understood by those who live in another language.

An Aside: For scholars of color, it can be quite daunting to face the hegemonic systems, especially academic publication outlets, that have historically controlled whose voices get heard, how their messages are conveyed, and what particular slice of life is worthy of peer review. Routinely, I have witnessed how scholars of color who are not only steeped in cultural, ethnic, equity and social justice research, but also deeply embedded in the cultures of which they speak, to be at best sidelined and at worst completely ignored, and replaced by non-minority scholars who get to, for lack of a better expression, “tell their stories.”

Verisimilitude: A polysyllabic term that basically means closeness to the truth. Whether viewed through the lens of film, philosophy, literature or qualitative research, the purpose of this convention is to include elements and authentic detail that will enhance believability (e.g. the author’s portrayal of the Southern character using a Southern dialect).

An Aside: The challenge that I see associated with the academy’s approach to operationalizing this concept among scholars of color is related to the prior narratives about authenticity, perspective and voice. When scholars of color are precluded from presenting authentic experiences via their own lenses and voices, a certain degree of “truth” is lost — the stories will always be told from a secondary or tertiary perspective. In essence, Audre Lorde’s words ring true: “If I didn’t define myself for myself, I would be crunched into other people’s fantasies for me and eaten alive.”

Blackness, who owns it? Perhaps a better question to ponder is, can Blackness be owned? As I reflect on this complex question, and consistently remind myself of the lessons I have learned about my ‘t’ruth, I am still very aware that my positionality as a Black male is always going to be an intersecting identity vector that I will never be able to erase. Nonetheless, I think it is important for the academy to respect the authentic voices of diverse populations and scholars who attempt to foreground their own stories.

While I might not own Blackness, I have certainly made consistent payments leading to ownership— getting a line-up in the barbershop; passing the church fan down the pew; asking the elder for a peppermint in Sunday school; sitting on my aunt’s lap so that she could grease my scalp; running from the concession stand at halftime to see the HBCU band hit the field; hurrying to get home before the street lights came on. While no individual or collective set of experiences—even these I just articulated — can bestow Blackness, they potentially provide my insider’s composite as someone who has lived it in real time.

Dr. Fred A. Bonner II is professor and Endowed Chair in Educational Leadership and Counseling at Prairie View A&M University and is the executive director of the Minority Achievement, Creativity, and High Ability Center.