The University of Georgia’s (UGA) College of Education will be named after music educator and the school’s first African-American graduate Mary Frances Early. 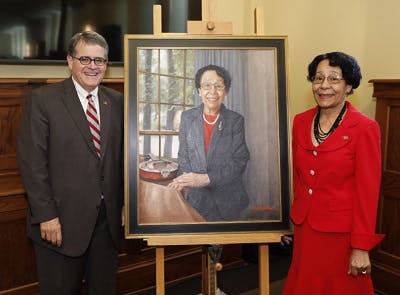 As part of the university’s Black History Month celebration, there will be a naming ceremony in February 2020, the Board of Regents announced.

“Ms. Early has spent her life as a tireless advocate for racial equality and for the importance of music education in the lives of children,” said College of Education Dean Dr. Denise A. Spangler in a statement. “We are proud to create this permanent tribute to Ms. Early and the countless lives she has touched.”

UGA also launched a fundraising campaign in April to honor Early, which raised $2.6 million. In January, she became the recipient of UGA’s President’s Medal and was also presented with an honorary doctorate by the university in 2013.

Early started her career as a music teacher in the Atlanta Public Schools in 1957, where she eventually became music director of the school system. After her retirement in 1994, she worked at Morehouse College, Spelman College and Clark Atlanta University as head of the music department.