Supporting Black Students When They are Further Traumatized in School

There is no question that student trauma is on the rise and some school professionals are part of the problem.

These voids are most prevalent in schools populated by Black students in low-income communities. With these abysmal statistics pulling at my heart, I feel compelled to share one disheartening example related to each.

Several years ago, I was waiting in a principal’s office to conduct a professional development workshop. The office was disorganized, and staff were disgruntled and unwelcoming to students, families, and me. I observed and felt this during each visit (#sigh). Students were being administered the statewide proficiency test. A disheveled Black boy arrived late, rushing to sign in and frantically requesting to eat breakfast. The staff refused to assist the student with the admonishment that he should have arrived to school in time to eat. I intervened on behalf of this young child, requesting that he be fed. My request, too, was rejected and I was informed that it was illegal for me to give him any food. My heart was aching as much as his stomach was growling. (#tears)

As a mother, counselor, educator, and human, I was infuriated. This boy was hungry; focusing on the test and learning in general would be comprised. Just as troubling – this faultless, innocent second grader was homeless and/or transient and the bus went to the wrong school address. There is no question that he was traumatized, but there was no social worker to intervene, and compassion and humanity by educators were also absent. 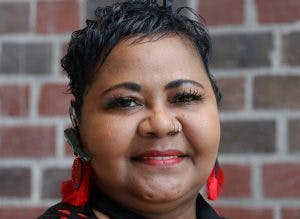 A traumatized 4th grader has no support from having a nurse

During another school visit for professional development, a fourth-grade Black girl was sent to the office for being disrespectful – refusing to talk to teachers and classmates. I asked to speak with her one-on-one; we had a good relationship. I worked with her often in my role as a gifted education consultant. Through tight lips, she told me that she’d chipped her tooth that morning jumping on her bed. Her mother told her to see the school nurse because they had no health insurance. The wind made the pain worse, so she refused to talk. I asked for the nurse and was dismayed and angry to learn that she came to school on Wednesdays; it was Monday. When I volunteered to go buy topical pain medication, I was informed that this was illegal. The young child was left to suffer, and my heart ached for and with her. Another Black child traumatized during school hours. Educators appeared desensitized. I contacted her mother, took her to a pharmacist, and purchased over-the-counter medication.

From the moment they enter schools as preschoolers, Black boys are heavily scrutinized by educators for subjective reasons – being ‘rough’, ‘aggressive’, ‘unkind’, and more. According to the Office for Civil Rights Data Collection, Black students represent 18% of preschool enrollment yet 42% of students suspended once, and 48% of the students suspended more than once. In K-12, Black students are 3.8 times more likely to receive one or more out-of-school suspensions compared to White students. I was visiting a Predominantly White University because its preschool was lauded for being ‘diverse’. I was pleased to hear this. The term was meant to suggest that discrimination did not exist. Speaking with a few Black parents (all professors) indicated otherwise, but they kept their children in the preschool due to proximity and convenience. After a few weeks, the glowing reputation faded for them. One couple shared that their son was consistently accused of pushing a White girl who’d run to the teachers crying. Believing her, teachers placed the boy in time out each time; no questions asked. He was scolded for being too big to push a girl. Mind you, the girl was older and taller. Adultification was in operation, along with racial and sexual discrimination. Aware of the school-to-prison pipeline and hearing that school resource officers were being hired, the parents removed their son from the highly regarded preschool and filed a complaint. Nothing happened. I suspect the teachers were happy, as long they were able to protect little ‘Becky.’ I wonder if this little boy recalls this trauma. I clearly do.

Black kindergarten boy traumatized at school, but no counselor to support him

I don’t think I will ever forget the 5-year-young angry Black boy who was throwing tantrums during my school visit – hiding under the teacher’s desk, unplugging computers and not following orders. The teacher and principal were frantic, asking if I could help. He followed my first and only request to leave the classroom to talk while he ate breakfast. I never know when a student last ate and will have their next meal. I always feel better when students eat; they feel even better than I do as hunger is not a distraction from concentrating on our talk. This boy opened up, tears running down his cheeks, shaking with anger, because his mother announced that morning that she was going to have another child. He kept saying with conviction, “I don’t want a brother or sister. I’m mad!” After showing concern, care, and patience, it didn’t take me long to learn the source of the big emotions in his little body. His feelings were not unhealthy. This little boy did not know how to express and communicate his frustration and anger. I am not sure his teacher and other school personnel cared to listen. He’s only five, I kept thinking. Thank goodness the situation did not escalate to a resource or police officer being called. I was at the right place and the right time.  I demanded to speak with a school counselor. There were none. This poor baby has no one to talk to. My eyes teared up because I lived four hours away.

My career and personal goals are dedicated to supporting students, families, and educators to ensure that students of color have every opportunity to be successful. The more I witness and read about increasing trauma in school settings, my sense of urgency overflows to save children of all ages. My anger increases too. Schools are not just places of academic learning; they must be places for students to be cared for and to be safe. This includes being fed and having medical care. Our children deal with far too many social ills before and after the school bell rings. Educators who lack compassion are in the wrong profession.

Sources of trauma include lack of empathy and compassion, a disregard for the negative experiences students face outside and inside of school. A recent report presents compelling data on the urgent need for mental health providers in schools for adolescents. Barely any attention, however, was given to race and trauma. I will always vent about culture-blind research, reports, theories, resources, and so on. #Always

I appreciate, however, the detailed recommendations under the large umbrella of wrap around services – that must exist in every school building. And just as more teachers of color are needed, more mental health professionals are also needed (P-12 and higher education). I want the four Black children/students discussed herein and all others to have culturally-competent mental health providers. I want them to see and interact with Black counselors like me who ‘get it’ and will do all I can to understand, support, and advocate for them, their families, and their educators. That’s a tall order. This is my calling and they are our children and students. What a shame and disgrace when racism blinds educators from letting their heart beat for compassion and racial equity.