The Maryland Senate on Sunday unanimously passed legislation that would allot $577 million to the state’s four historically Black colleges and universities (HBCUs) over 10 years.

The Maryland House of Delegates, in a near-unanimous vote, passed the bill last week. It now goes to Republican Gov. Larry Hogan for consideration. The legislation was sponsored by House Speaker Adrienne A. Jones (D-Baltimore County), the first African American and the first woman in that position.

The hope is the legislation will end a 2006 lawsuit brought by the Coalition for Equity and Excellence in Maryland Higher Education, which alleges that state policies perpetuate segregated higher education by underfunding the state’s HBCUs and by allowing traditionally White state universities to create new programs that duplicate those at historically Black institutions. 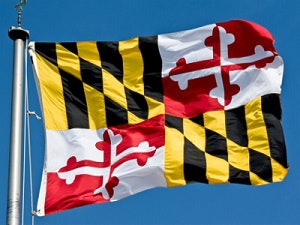 Dr. David Kwabena Wilson, president of Morgan State University, one of the four Maryland HBCUs, told Diverse he felt confident the bill would pass the Senate, once it passed the House.

“I wasn’t sure about the House. … I was very optimistic when it passed the House overwhelmingly and I knew based om information from senators that they had votes in the Senate,” said Wilson, who testified in front of a House subcommittee as well as a Senate subcommittee. “All the legislators felt overwhelmingly that it’s time to solve the lawsuit and provide additional support for the HBCUs to continue on the path to competitiveness and comparability with all institutions in the state.”

The Maryland HBCU plaintiffs “have prevailed in establishing current policies and practices of unnecessary program duplication that continue to have segregative effects as to which the State has not established sound educational justification,” said the court.

The court, however, did not find that Maryland’s HBCUs were underfunded. And the suit is still not settled. Court-ordered mediation rounds have ended without a resolution. If governor Hogan approves the legislation and if the coalition and the state formally agree to end the lawsuit by Dec. 1, the financial agreement outlined in the bill will go into effect, said Wilson. If they don’t agree, the legislation will be null and void.

The Morgan State president said he is optimistic the governor will sign the legislation because of “overwhelming support” in the legislature.

“It wasn’t passed with a razor-thin edge, it was almost unanimous if you take both houses of the legislature together,” said Wilson.

A spokesman for Hogan told The Baltimore Sun the governor is open to a legislative solution to end the 2006 lawsuit.

The coalition, on its part, said in September it is willing to resolve the case with the $577 million over a period of time.

In a Sept. 10 letter to lawmakers, posted online by Maryland Matters, Michael D. Jones, the lead counsel for the coalition, said “the coalition is willing to resolve this case” for $577 million “in today’s dollars, spread over a reasonable time period.” The letter pointed out that Mississippi settled its HBCU case with three schools a little more than 20 years ago for about $517 million, reported NBC. That amount is equivalent to $791 million — when adjusted for inflation — in 2019. Later in September, Hogan offered $200 million to settle the lawsuit, reported The Washington Post.

Wilson said he doesn’t know if the lawsuit will be settled.

“I was hoping whatever the amount would be, would be higher based on what I’ve read about [all the] institutions’ needs, but I’m pleased the legislature said the lawsuit has been going on for too long, and that it was time to settle it,” said Wilson.

Maryland’s four HBCUs — Bowie State University, Coppin State University, the University of Maryland Eastern Shore and Morgan State — are economic engines for the state. According to a United Negro College Fund report based on 2014 data, these colleges produce 9,237 jobs, lifetime earnings of $95 billion and have a $1 billion economic impact.

“Every dollar in initial spending by Maryland’s HBCUs generates $1.52 in initial and successive spending. This ‘multiplier effect’ means that, on average, each dollar spent by the state’s HBCUs and their students generates an additional 52 cents for their local and regional economies,” said the UNCF report.

Additional money to the institutions via the legislation will help the state’s four HBCUs expand and create new programs, recruit faculty, establish a Historically Black Colleges and Universities Reserve Fund and other related activities.

“The funding that will come our way will enable us to put in place academic degree programs that are unique and high demand and that will enable us to win more federal grants and contracts,” said Wilson. “We will also use some funds to shore up infrastructure to be dynamic and relevant to becoming a research university of the future. We will also use it to fund more scholarships so we can recruit the most promising young minds in the country.”

On Sunday during the vote on the floor, Sen. Obie Patterson, a Democrat representing Prince George’s County, said some may say “we didn’t get as much as we could,” but he added that he spoke with the leaders of some schools and that “they assured me they were pleased with the progress we made.”

On Sunday, Patterson called the legislation “a great, great compromise bill” and added that its passing is “long overdue,” reported Maryland Matters.

“This has certainly been a long time coming,” said Patterson on Sunday. “It has not been easy, but at this point, we are so pleased to see a little light at the end of the tunnel.”

Patterson said he was particularly pleased that there was bipartisan support for the legislation, noting that every Republican in the Senate voted in favor of it.

“I have never been so pleased in all my life to see all green lights on that board,” he said, according to The Baltimore Sun. “We all can come together for a common cause and do what’s right.”

“The first year, it’s $24 million for Morgan, then years two through 10, it’s based on the size of enrollment [of the four HBCUs],” said Wilson, adding that Morgan has 8,000 students.

“All of the amount will go in a fund and it’s very important that additional support (through the legislation) isn’t meant to replace current operating funds but to add to them.”