The University of California Los Angeles (UCLA), is upset that the city’s police department is using the university’s Jackie Robinson Stadium as a ‘field jail’ for people detained during demonstrations protesting the death of George Floyd. 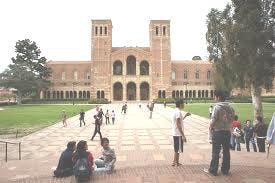 That the Los Angeles Police Department was using the stadium in this manner was brought to the university’s attention by a faculty letter Tuesday expressing “deep concern” about this “UCLA LAPD collaboration.”

Then, late on Tuesday, the university said on Twitter it won’t allow the stadium to be used for detaining protesters. It said it was unaware the police were using the stadium in this manner and added that law enforcement had not asked permission do so.

“As lessee of the stadium, we informed local agencies that UCLA will NOT grant permission should there be a request like this in the future,” the university said.

In their letter, faculty asked for ”a full and detailed accounting” of how and why the stadium was used by the police.

“The Jackie Robinson Stadium is a UCLA facility, implicating all of us in the use of that space to detain protesters and process arrests,” the letter said. The university must move “towards the divestment of UCLA from LAPD and other forms of policing, similar to the prompt action taken by the President of the University of Minnesota following the murder of Mr. George Floyd.”

Following the death of Floyd last week, the University of Minnesota drastically reduced ties with the local police.