U of Lynchburg Alumni: Remove Name of Jerry Falwell Sr. From Building

Alumni of the University of Lynchburg are asking the institution to remove the name of Jerry Falwell Sr. from a building on campus, saying his “rhetoric represented that of racism, bigotry, placism and sexism until the last day,” reported the Danville Register & Bee. 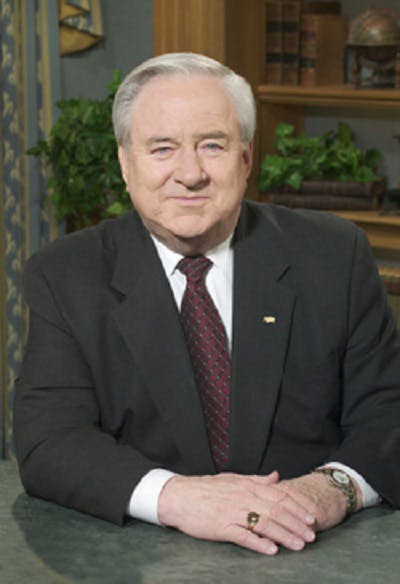 These alumni also want the university to cut ties with Lynchburg-based Liberty University, which was founded by Falwell Sr. and is now headed by his son, Jerry Falwell Jr.

An online petition listing these demands has gained more than 700 signatures in two weeks.

Meanwhile, Falwell Jr. has denied his father was a bigot.

“My father loved everybody, but he did have certain theological beliefs and he expressed them and he was very vocal about them,” Falwell Jr. told the Bee. “But that’s theological; it’s not anything to do with not loving people.”