For those who made the decision, dismantling James Madison University’s (JMU) almost century-old homage to Confederate Army leaders was a reasoned, necessary choice.

“There are certain things that should be done to maintain your social contract with your constituents,” said James Madison senior Norman Jones Jr., student representative to the Board of Visitors, which voted unanimously in July 2020 to strip the names of Stonewall Jackson, Matthew Fontaine Maury and Turner Ashby from three buildings on its Virginia campus. 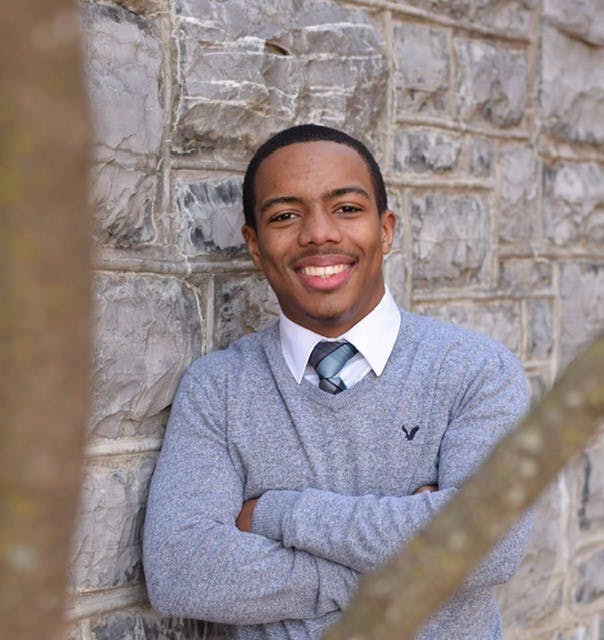 “There’s lots of talk,” Jones continued, “about diversifying student bodies and how schools will change and what resources they will need to have a better chance of competing for all kinds of students. But if we are going to talk about a diverse student body, we have to make changes that reflect their values and reflect equity.”

Spencer Law, a student member of James Madison’s special committee to rename those buildings, echoed Jones: “I would like to know why there is this divide and this hypocrisy, these two interpretations of this same issue. How we can have conversations about these hard issues? … If we can look at how that is, talk to people, this is one of our best opportunities to promote empathy and to promote justice.”

JMU’s total student population is about 23,000 — 6% Latinx, 4% Asian, 4% Black like Jones and 76% White like Law— and it is among institutions recently opting for or against doing away with building names or mascots or other symbols of this nation’s pro-slavery, pro-segregationist past.

Amid a summer of renewed protests over racial inequality and high-profile police slayings, the Mississippi Gulf Coast Community College Jefferson Davis Campus became the Harris County Campus, a symbolic erasure of Davis, the only president of the Confederate States of America.

Three-quarters of the faculty at Virginia’s Washington & Lee University voted to remove the name of Robert E. Lee, the Confederate general and former president of that university, and are awaiting a final decision. The University of Memphis Student Government Association launched a Change.org petition to remove the name of a former university president from one of its buildings. In the late 1950s, the president refused admission to a Middlebury College graduate and a Wellesley College graduate, solely because they were Black.

In California, Cabrillo College’s Board of Trustees created a subcommittee to explore renaming its Santa Cruz County campus for someone other than Spaniard Juan Rodriguez Cabrillo, a 1500s explorer who had enslaved, brutalized and murdered indigenous people of the West Coast.

What’s in a name?

“In itself, renaming does not undo systemic racism,” said Dr. Harvey Young, co-leader of Boston University’s effort to rename its terrier mascot something other than “Rhett” from  “Gone With the Wind,” the 1930s novel-turned-movie about Georgia plantation owners trying to fend off Union soldiers during the Civil War.

“However,” added Young, who is dean of BU’s College of Fine Arts, “it is possible that renaming buildings, for example, could be a small step in a series of larger antiracist and equity initiatives. It could be a signal that more impactful efforts in support of inclusion are on the horizon.”

Not that there hasn’t been pushback to renaming efforts. Opponents, including a descendant of Robert E. Lee, are petitioning to keep Washington & Lee as is.

Though University of Texas leaders in August said they would retain the racism-tinged “Eyes of Texas” school spirit song — and a campus statue of a segregationist, former Texas 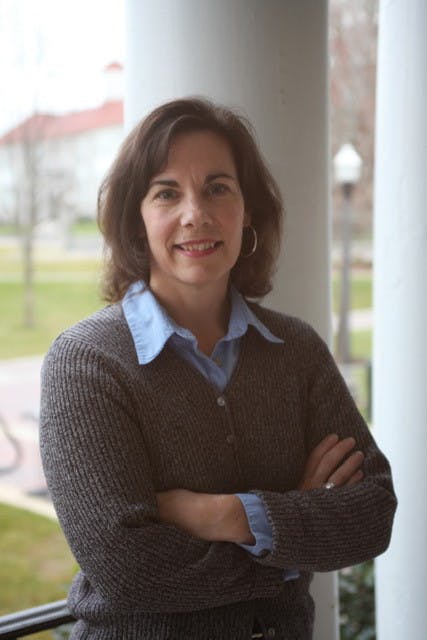 governor — the Latina drum major for UT’s Longhorn band said she would no longer conduct the anthem and several band members said they would not play it.

In a seven-page letter, dated July 29, retired Gen. J.H. Binford Peay III, superintendent of Virginia Military Institute (VMI), wrote that no Confederate names or monuments would be removed from that campus, where Black cadets have complained about them and other racial tensions.

“We do not currently intend to remove any VMI statues or rename any VMI buildings,” Peay wrote. “Rather, in the future we will emphasize recognition of leaders from the Institute’s second century. We will place unvarnished context on the value and lessons to be learned from the Institute’s rich heritage, while being mindful of the nation’s challenges and sensitivities to being fair and inclusive to all.”

Greater, truer inclusivity is a central goal of the renaming project at James Madison, said Dr. Margaret Mulrooney, a vice provost and history professor at JMU. But the undertaking is about much more than inclusivity alone.

“While on the surface it looks like these are debates about history, they are not. These are proxies … for political battles. It’s about power, who has power in American society, who does not, why that is,” said Mulrooney, chair of the committee charged with renaming those buildings. It’s also engaging the campus and its hometown, Harrisonburg, Virginia, in dialogue about the reasons why.

“The committee is keenly aware that history is only a piece of this,” said Mulrooney, who trained as a public historian and has undertaken similar projects throughout her career. “History is convenient language. But the stakes are higher and that’s why the emotions are inflamed.”

Her work as a public historian has included expanding, for the National Parks Service, the narrative of coal-mining towns and the issues of race, gender, immigration, class, labor and labor management in that sphere. Her 2018 book Race, Place, and Memory: Deep Currents in Wilmington, North Carolina sprang from her work to contextualize that city’s history of racial violence, race massacres, celebration of confederates and the Ku Klux Klan by placing alongside those stories ones documenting African Americans’ fight for an array of freedoms.

“Public history is very different from academic history,” she added. “We deal with living people. There is a whole separate set of methodologies and theories and ethics, frankly, to the kind of work that public historians do.”

That online petition to rename the University of Memphis’ (UM) J. Millard Smith Hall is its own kind of counter-narrative protest of matters far beyond merely erasing a racist’s name from a public building, said Dr. Antonio de Velasco, a communications professor at UM.

“When people get together around these things, it’s never in a vacuum,” said de Velasco, whose research, among other issues, has explored the tactics and language of activists advocating removing honorifics to racists and racism. “They use these as opportunity to draw attention to pressing needs that are pending, in the moment. The argument is not, ‘Let’s just take them down and everyone will feel better.’

“ … The central backdrop of these statues is ‘Guess what?  In Memphis our rate of childhood poverty is higher than any place in the country. We have a juvenile justice system under federal review. … There is serious, serious pain in our community.’”

And the aggrieved must be heard, said Dr. Joanne Gabbin, an English professor who’s taught at James Madison for 35 years. She has heard both campus and community concern about how the fraught issue of race has played out at James Madison, which admitted its first Black student in 1966. She’s also on the renaming committee. 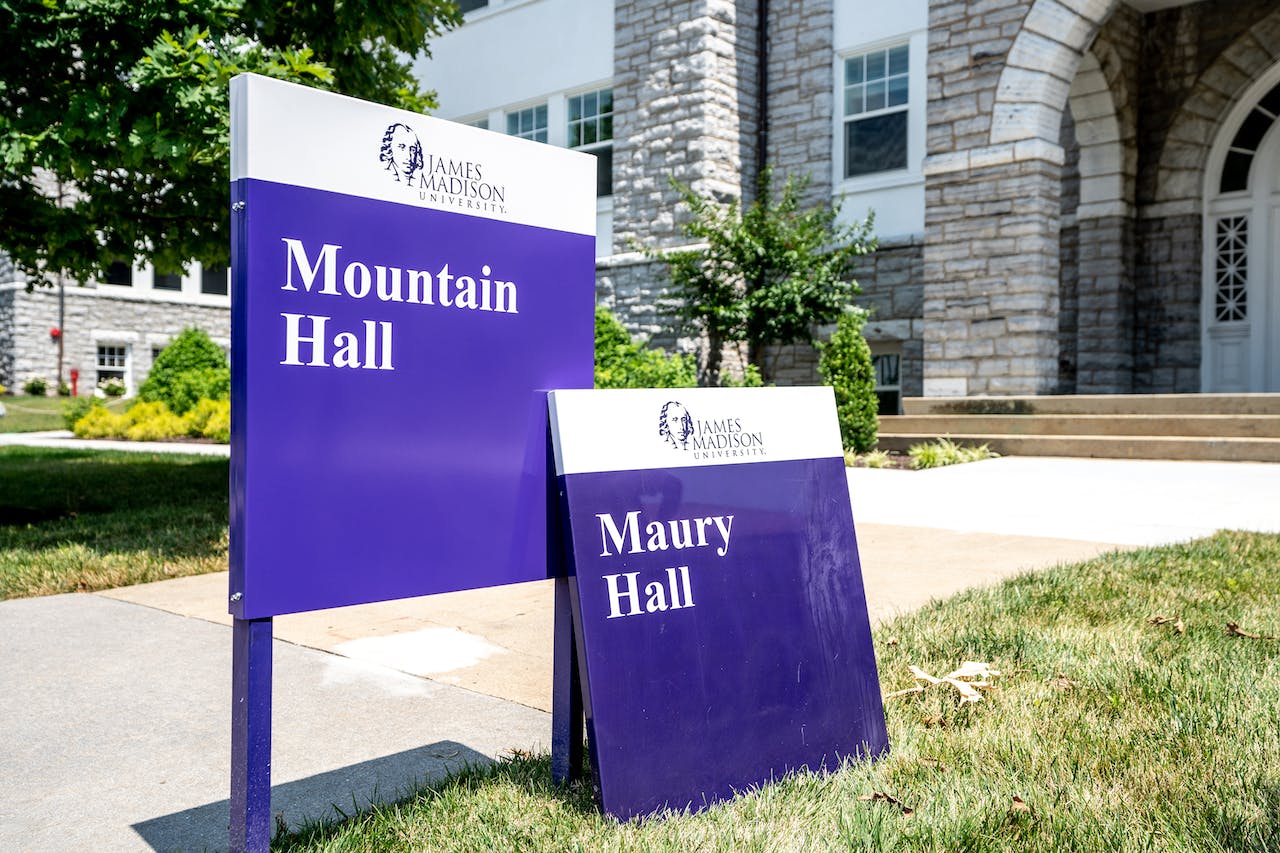 “There was a time when a Black man couldn’t even walk on the side of the street closest to the university campus,” said Gabbin, executive director of James Madison’s Furious Flower Poetry Center. “This is the community lore … and I can’t say exactly when that was true. But we’re talking the early 1900s through probably the 1940s and 1950s, people were still very much into these plantation traditions.”

She continued: “Of course, a few have felt there was no need to change the names. Some feel that, even if names change, there should be some recognition. So, there probably will be a plaque inside these buildings that says from ‘this point to this point, this building was named ….’”

James Madison spokesperson Caitlyn Read said university administrators are acutely aware of the divergent views about the renaming effort and seek across-the-board input on it. “How we change is just as important as what we change,” Read said. “We want this to be a learning experience. We don’t want this history to go away. We want our students aware of the legacy and of the evolving process of these changes.”

Said Memphis’ de Velasco: “The story, the battles behind it, the materials that went into these monuments are matters for the historical record. … But you don’t need a Confederate monument to tell history. There is not a single monument to [Black journalist, abolitionist and Memphis resident] Ida B. Wells in Memphis. And we know her history, too.”