A sense of relief came over the United States last month as Americans watched Joe Biden officially become the country’s 46th President. Perhaps an even more emotional and intellectually stimulating source of delight was to see the historically Black college (Howard University) alumnus and member of the nation’s first Black Greek-lettered collegiate sorority (Alpha Kappa Alpha), Kamala Harris, become the nation’s Vice President. As the first female to hold the Vice Presidency, positive emotions could not help but touch one’s soul, because Harris is also the first minoritized woman to hold this office. Celebrating the Biden-Harris arrival into the Oval Office on January 20, 2021, was (and remains) a joyous feat for many Americans. 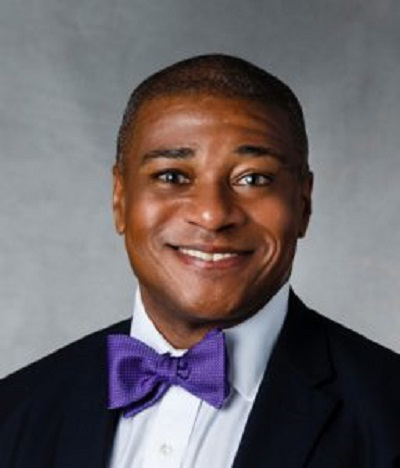 Being able to look to the future with a sense of relief and optimism is moving because Donald Trump’s actions as the 45th President of the United States gave the historian Dr. Ibram X. Kendi the means to poignantly state that, “Without question…[Trump] embodies nearly every aspect of a racist.” An excellent reason for many Americans to jubilantly exhale with the faith that “a new day” is upon us with the arrival of Biden and Harris into the Oval Office.

Fast-forwarding past the Trump presidency; however, would not be wise as the last four years serves as an excellent case study for the necessity of Black History or a Black History Month. Dr. Carter G. Woodson started Negro History Week on February 7, 1926. Subsequently in 1976, February became “Black History Month” when President Gerald R. Ford formally institutionalized it within American society. Professor Woodson’s work and vision to have Black history known and respected seemed actualized on a much larger scale. How, then, did the Trump Presidency serve to anchor Black History Month?

Let’s first start in February of 2017, fresh into the Trump Presidency, the President made a statement that many found curious. Trump stated, “Frederick Douglass is an example of somebody who’s done an amazing job and is getting recognized more and more, I notice.” Journalist David A. Graham, of The Atlantic, wrote, “Does Donald Trump actually know who Frederick Douglass was? The president mentioned the great abolitionist, former slave, and suffrage campaigner during a Black History Month event…but there’s little to indicate that Trump knows anything about his subject…” Yale University professor, Dr. David W. Blight, author of the 2020 Pulitzer Prize book, Fredrick Douglass: Prophet of Freedom, stated, “I immediately thought about the dangers of presidential ignorance”

Trump probably did what many of us have done and that was to misspeak, which Frederick Douglass’ family acknowledged and did what this work attempts to do: employ the event as a “teachable moment” to reiterate Black history and its important implications. Similar to the Douglass family, this work also draws upon Trump to illustrate the importance of proficiently knowing Black history.

Trump provided additional examples demonstrating the need for Black history. Consider the statements made of, “if you are not happy here then you can leave…if you are not happy in the U.S., if you are complaining all of the time…You can leave right now. Come back if you want…But if you are not happy you can leave.” Trump did not, at first name names, but not acknowledging that for some minoritized people their unhappiness is a result of America not fulfilling the promises outlined in the nation’s foundational documents. Dr. Martin Luther King, Jr. for instance, said that “I have a dream that one day this nation will rise up and live out the true meaning of its creed: ‘We hold these truths to be self-evident, that all men are created equal.’”

Lastly, Trump’s appeal to white supremacists is perhaps the most poignant of his efforts contributing to Black history’s continued point and purpose. In fact, the seizing of the Capitol in Washington, D.C., for instance, prompted journalist and media producer Annette John-Hall to write that, “[i]t was about white supremacy.” Historical evidence proved John-Hall’s assertion. Her use of how Black history as part of the larger American historical narrative connected last month’s seize (which resulted in a number of deaths) with the historical violence Black Americans received for voting (or attempting to) and the ascension of Harris to the second highest office in the land. Capturing John-Hall’s point was Timothy Welbeck, whom John-Hall wrote is a Philadelphia civil rights attorney and a professor at Temple University. According to John-Hall, Welbeck stated, “When you look at every portion of American history where we’ve made gains toward easing some of the burdens of that oppression, we’ve seen some type of violent backlash…And because of the history of Black voter disenfranchisement in this country, I guess that allowed some whites to think that the election was rigged, even though it was fair and free.”

The Pew Research Center stated, “Americans voted in record numbers in last year’s presidential election.” Fox News reported that Trump received over 74 million votes. CNN’s John Blake wrote about what he learned from the Trump Era, which his work and others, helped to spawn this piece. Blake stated, he stated, “Trump’s ability to make this presidential race so close after what America has seen and heard these last four years is proof that our country has a large, durable White constituency that is willing to ignore or support explicit racism.” The Trump Era demonstrated that Black history and Black History Month cannot be, as Graham noted in his aforementioned article, a token for inclusivity.

Dr. Cornelius Gilbert is an assistant professor of educational leadership at University of St. Thomas