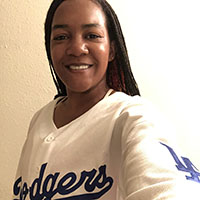 In the role, she will work with the team’s infielders at the Red Sox minor league facility in Fort Meyers, Fla., the Medium reported.

Prior to the hire, Smith was an assistant baseball coach and hitting coordinator at Carroll University.

Smith played softball at Dartmouth from 2010 to 2012, served as director of baseball operations at Case Western Reserve University from 2013 to 2017 and was an assistant coach at the University of Dallas in 2018.