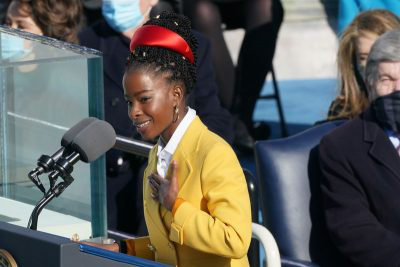 “Ms. Gorman, I need you as our Poet-in-Residence at the National Treasure, @MorganStateU,” Wilson tweeted after Gorman performed her original poem, “The Hill We Climb,” at President Joe Biden’s inauguration.

Wilson said the offer was genuine.

“I’m very serious about opening an opportunity for her to come here as a poet in residence,” Wilson said. “We have all kinds of authors on campus, and we think that being at Morgan for a year would give her an even deeper and wider perspective on the issues she is addressing.”

Gorman was the youngest inaugural poet in U.S. history, and her performance of her near six-minute free verse poem received acclaim and praise.

“We’ve seen a force that would shatter our nation rather than share it,” Gorman said in her poem. “Would destroy our country if it meant delaying democracy. And this effort very nearly succeeded. But while democracy can be periodically delayed, it can never be permanently defeated.”