A new paper, published by Stanford University’s Center for Education Policy Analysis, explores the relationship between Black student enrollment and state-level hate crime rates. The research finds a moderate but consistent connection between increases in a state’s reported hate crimes and increases in Black students attending historically Black colleges and universities in that state.

The “genesis” of the idea for this study was “if students and families make decisions based on economic conditions – an example being a higher likelihood of enrollment during recessions – it is plausible that they are also making decisions about college enrollment based on sociopolitical climates, and particularly their experiences with racial climates where they live,” wrote Dr. Tolani Britton, assistant professor in the Graduate School of Education at the University of California Berkeley, in an email to Diverse. 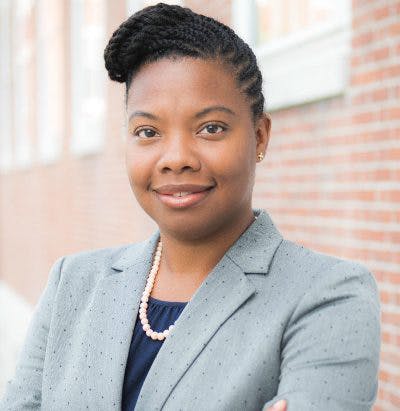 “In some ways, the larger question is: how do students and families make decisions about the optimal learning environment in higher education?”

Notably, the research shows that a standard deviation increase in reports of state-level hate crimes predicts a 20% increase in Black first-time student enrollment at HBCUs, about 33 students.

The “most suggestive” finding was that, regardless of the type of hate crimes, as reported hate crimes “increased in a state, we found evidence that Black students were predicted to enroll at higher rates at HBCUs,” said co-author Dr. Dominique Baker, assistant professor of education policy at Southern Methodist University.

And in states that saw an increase in reported race-based or anti-Black hate crimes specifically, Black students’ enrollment fell at non-HBCUs.  As a caveat, the report stresses that hate crimes are underreported, which limits the data.

“It’s critical to say we’re looking at all reports of hate crimes, not all hate crimes,” Baker said. “That means that people’s lives, people’s decisions, are going to be affected by things we don’t know about.”

Dr. Ravi K. Perry, chair of the political science department at Howard University, noted that HBCUs have historically been considered centers of “cultural safety” by Black students and their parents, so a correlation between reported state-level hate crimes and Black student enrollment at HBCUs seemed natural.

“Obviously, African American families are interested in ensuring that their students are first and foremost safe when they go to school,” he said. 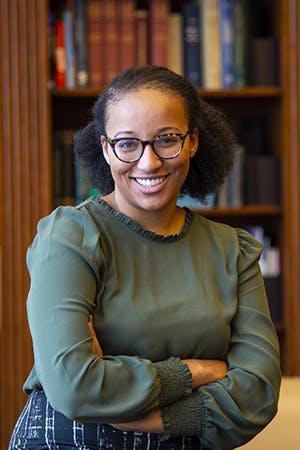 He pointed to the “good problem” Howard University and other HBCUs are facing right now, seeking out the resources to sustain their enrollment increases from the “Trump-era influx” and in the aftermath of Black Lives Matter protests this summer.

Students are seeking a feeling of safety, but also “people are once again seemingly flocking to HBCUs to ensure that that level of protest energy that we all engaged in is actually taught and educated through the prism of the Black experience,” Perry said.

Baker and Britton’s study sought to take a quantitative approach to the narrative found anecdotally and in qualitative data – that racial incidents impact how Black first-time students make decisions about where to go to college and that HBCUs may offer a sense of security and belonging.

“We try to explore whether patterns uncovered by the seminal work done in qualitative studies are apparent when looking both within and between states,” wrote Britton,  in an email to Diverse. “Our study contributes to the conversation by demonstrating both that the increase in enrollment at HBCUs is happening more widely than might be thought, quantifying the size of the increase, and by exploring both the role of campus racial incidents as well as incidents with racial animus happening in society on college enrollment.”

While the increase in Black students enrolled in HBCUs – correlated with rising state-level hate crimes reported – was “modest,” Baker said she believes it holds an important message for higher education leaders.

“All that talk that institutions are providing about wanting to increase their share of Black students who enroll in their institutions … they have to be cognizant of the fact that students don’t choose to enroll in an institution in a vacuum,” she said.

As a former assistant dean of admissions, she found that enrollment conversations often revolve around test scores and admissions requirements, which are important, but climate questions get less attention.

Universities sometimes try taking measures like a “one-time welcome session for Black students,” when administrators should be saying, “we’re really concerned about this, so we want to think about whether or not Black students can feel mentally and physically safe on our campus, and if they aren’t, let’s think about ways structurally we can create that environment.”

Ultimately, “the way that we think about the world – the sort of larger, macro-political, macro-social climate – it matters in how students make their decision about where to go to college,” Baker said. “So, when institutions are trying to think about spaces where students can thrive, they have to be taking these things into consideration.”