Encouraging individuals to have other people at the table who do not think like themselves and have different lifestyles were some of the points attorney Ben Crump made as the keynote speaker at the second annual University of Kentucky’s Men of Color Symposium on Friday. 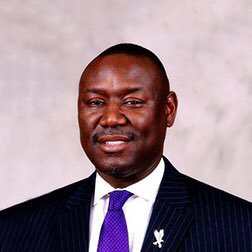 “It’s only the diversity of thought that can create diversity in and of itself,” said Crump who has represented the families of Trayvon Martin, George Floyd, Breonna Taylor and the residents of Flint, Michigan, who were impacted by the poisoned water crisis in the Flint River.

Crump, who reminded the audience that February is Black History Month, pointed to examples of police brutality that overwhelmed social media news feeds last year, including the case of George Floyd who was chocked by a former Minneapolis police officer for almost nine minutes.

The symposium, hosted by the University of Kentucky’s Martin Luther King Center, UK’s office of Institutional Diversity and the office of Student and Academic Life was a two-day virtual conference that provided students, community members and regional partners opportunities to engage in conversations and topics that affect men of color each and every day.

Since the first symposium in 2020, men of color have been met with a great magnitude of death through institutional structures, racial injustices as well as emotional and mental stressors due to the COVID-19 pandemic. For those reasons, the university’s executive director of institutional engagement, Jason Brooks, thinks that the symposium is particularly important now more than ever.

“The University of Kentucky prides itself in leading the state in discussions, program development and advocacy work for our students and those within our community,” said Brooks, who added that this year’s conference focused on “promoting community, courage, care and connections.”

Crump, who informed the audience that Friday would have been Trayvon Martin’s 26th birthday, said that everywhere he goes, people ask him how they can make a difference in their communities, to which he tells them that the smallest gesture like signing a petition speaks volumes.

“The court of public opinion is important,” said Crump, “so you can write letters to the editor, you can start petitions, you can start your chapters of Black Lives Matter, you can start trying to intern with different law firms or public defenders who are fighting for the life and liberty of our people, because y’all have brilliance.”

UK’s director of the Martin Luther King Center, Ja’Mahl McDaniel, led a Q&A portion after Crump’s remarks. He thanked the famed attorney for “reframing a lot of the unrest that has existed not just in these past decades but for so long in America.”

Crump noted that the George Floyd Justice and Policing Act, which was sponsored by the Congressional Black Caucus and passed in the U.S. House of Representatives, was halted by Senate majority leader and Kentucky Senator Mitch McConnell in last year’s session. The bill, which will be reintroduced to Congress this year, mentions that 75% of the chokeholds police officers performed are done on men of color.

Crump said that he often thinks of the earlier traumas African Americans had to endure: overcoming slavery, being considered three-fifths of a person, the Dred Scott and Plessy v. Ferguson rulings debating “separate but equal” and Jim Crow in the South.

“What it tells me,” he added, “is that based on precedents of Black people in America, no matter what they throw at us today, we gonna overcome it.”