Will the Current Focus on Black Lives Matter Lead To Lasting Change?

There have been major strides and clear, sometimes violent, hostility toward America’s professed promise of equal opportunity for everyone. That reality makes it impossible to forecast how long the latest surge in race-equity initiatives will last, several scholars contend, adding that anything short of systemic change isn’t really change at all. 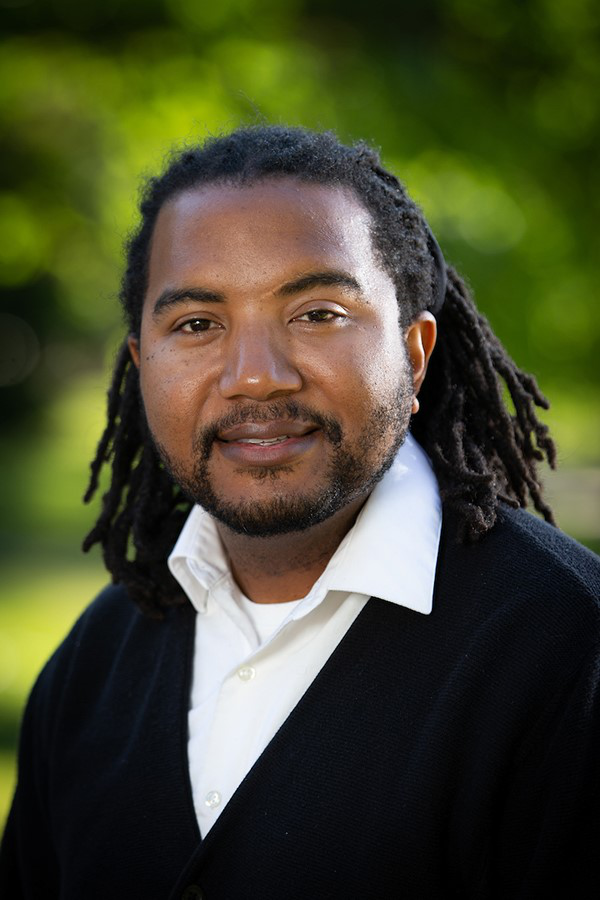 “It is not clear that the contemporary initiatives are going to be anything more than window dressing,” Dr. Anthony Thompson, founding faculty director of New York University School of Law’s Center on Race, Inequality and the Law, told Diverse via email. “We often see an immediate response to social unrest related to race. But, all too often, those responses are followed with retrenchment … dramatic reversals on race. The election of an openly racist president after two terms of Obama is a prime example.”

Similarly, Dr. Sekou Franklin, president of the National Conference of Black Political Scientists, pointed out that although an anonymous donor did give the NAACP Legal Defense Fund $40 million to train 50 up-and-coming civil rights attorneys, it came just days after a mob of White supremacists and conspiracy theorists attacked the U.S. Capitol on Jan. 6.

In his own city of Nashville, global pharmaceutical giant Thermo Fisher Scientific recently invited Franklin — also an associate professor of political science and international relations at Middle Tennessee State University — to educate an audience of that firm’s employees on the history of and current threats to voting rights.

“‘I can’t breathe,’ George Floyd, the Black Lives Matter movement: these are reasons why all of this activity is occurring,” says Franklin. “That resistance is joined at the hip with the ability of Black advocates in various other

arenas and of Black lawmakers to pinpoint many things right now, including the racial disproportionality of the coronavirus’ impact.”

As scholars, including some who also are activists, assess today’s efforts to achieve racial parity in areas including education, employment, income, criminal justice and policing, they also are weighing in on how to sustain this new momentum in racial justice and parity.

“If there is no structural change taking place, it’s possible that, in a few years, all of this will go away,” says Dr. Mark Naison, a historian who’s taught for 50 years at Fordham University. 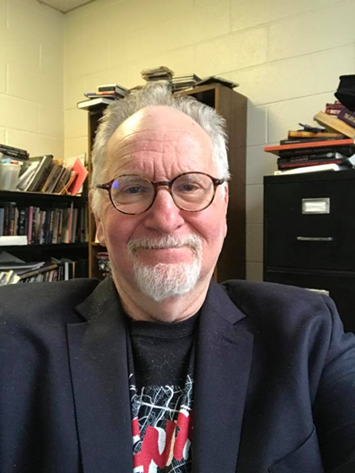 As a young man, he’d been a member of the moribund Congress of Racial Equality, founded in 1942 by an interracial group of students. Today, amid Black Lives Matter, Fordham has been “raising money for initiatives we never had before,” says Naison, who is advising some of the fledgling diversity efforts.

Fordham has a newly endowed chair for African and African American studies. A newly formed committee is investigating how to change the university’s Columbus Day observance to one that instead honors indigenous Americans; and whether to establish some sort of fund benefitting descendants of Native Americans who once lived on land that Fordham claimed for its 179-year-old campus.

Scholarship dollars are being raised for prospective Fordham students from the Bronx, where 48% of residents are Latinx and 35% are Black.

Because the scholarships are dedicated to students from a region, not a race, it doesn’t potentially violate U.S. Supreme Court rulings banning racial quotas but narrowly allowing race to be considered in college admissions, Naison noted. Still, in late 2020, Students for Fair Admission, which has lost several lawsuits arguing that White and Asian students are unfairly disadvantaged by those allowances, was gearing up to again press its case. Its lawyers are hoping that the now conservative-leaning Supreme Court will rule in its favor.

“All of this activity at Fordham has happened since last summer. It’s just getting started, and students are pushing much of this,” says Naison. “If we bring in more Black, Latinx and Indigenous students and put more money toward hiring some of these many brilliant professors of color and into diversifying the faculty, that will help ensure that these changes are not going to go away.”

A groundswell of sentiment about how much and how little, simultaneously, has changed regarding race owes directly to many students, for one, seeing “George Floyd’s death as [a] personal attack against them,” Naison added. “And a lot of people [are responding to] White supremacy and how the depth of it was revealed by the Trump presidency. This insurrection has to be addressed holistically through education that actually conveys the history of White supremacy and how it has shaped the development of the United States and the functions of our institutions.” 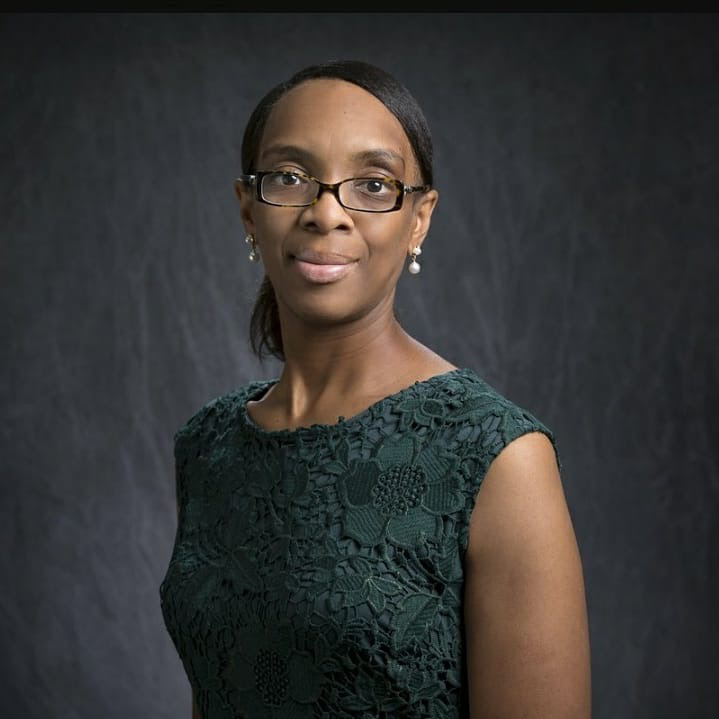 look and function,” Dr. Lori Martin, interim director of Louisiana State University’s African and African American Studies Program, told Diverse via email. “They must be prepared to disrupt and dismantle the policies and practices that perpetuate anti-Black sentiments and demonstrate a commitment that is lifelong.”

Martin, chair of LSU’s College of the Humanities and Social Sciences diversity committee, noted a need for scrutiny of what’s going on right now: “The current initiatives are certainly more numerous and visible than previous initiatives. But many are symbolic and short-sighted and may result in only modest changes to the Black experience in America and in gains for non-Black groups (e.g. non-Black diverse populations like White women and other people of color). While violence against Black people led us to this moment, far too few individuals and organizations are willing to develop race-specific initiatives focused largely or exclusively on Black people.”

It’s essential to recognize that, even among Black people and other people of color, there are divergent views about what constitutes a racial problem and how to remedy it, says Dr. Anthony James, interim president of institutional diversity at Miami University of Ohio and director of its family science program.

A broad spectrum of entities is taking steps seemingly aimed at dismantling White privilege and leveling the proverbial playing field, says James, whose teaching and research focus on, among other topics, truth and reconciliation.

“They’re having conversations,” he says. “But are they really hearing the community? That’s a very different thing.

Is it ‘How do we put some [Black executive] in place and move on? Or are we looking, deeply, at whole systems …. And, to the extent that those systems are in our control, are we looking at ways to give people opportunities to be

successful?’ That is the only real way to make progress …. Some see that approach as being too incrementalist. A lot of folks don’t like that. But at large institutions, where many decisions depend on the culture, working incrementally will be the way to not lose momentum.”

“Many predominantly White institutions are trying to play catch up and be woke,” says Dr. Nicole Gonzalez Van Cleve, a Brown University sociologist. “But it took a lot for industries to listen and believe about the level of racial inequality. [Black Lives Matter activist and pro quarterback Colin] Kaepernick is still unemployed. And, yet, the NFL is doing campaigns for social justice that are more a PR initiative than substantive. I fear that that is where we are going. … This should not just be smoke-and-mirrors. It cannot just be a band-aid.”

It’s not lost on Van Cleve, among others, that today’s racial reckoning has ushered another round of “Black firsts” into high-profile, decision-swaying positions.

“When we are still talking about ‘firsts, the first to be CEO or vice president,’ it tells me that all the barriers that White people have put up to block access for Black people and people of color, broadly, never fully came down,” says Van Cleve. “That’s the real question: how to change, how to open up points of access.”

This article originally appeared in the February 18, 2021 edition of Diverse. Read it here.