Three tenured professors at the University of South Alabama have been placed on leave after photos of them wearing and holding racist symbols at a 2014 campus event surfaced, CNN reported. 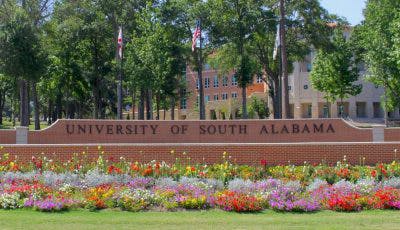 South Alabama students started a petition –garnering more than 3,000 signatures – that call for their firing.

The three faculty are Bob Wood, Alex Sharland, and Teresa Weldy. One professor is pictured wearing a Confederate soldier’s uniform, while two other professors posed with a whip and noose. The photos were taken at a campus costume party held at the Mitchell College of Business, according to South Alabama officials.

“The actions taken in response to these pictures, which were brought to the attention of University leadership in 2020, should have been stronger and broader, and should have more clearly demonstrated our unwavering commitment to a safe and welcoming environment for every member of our community,” said South Alabama President Dr. Tony Waldrop.

Two of the three professors – Wood and Sharland – have apologized.